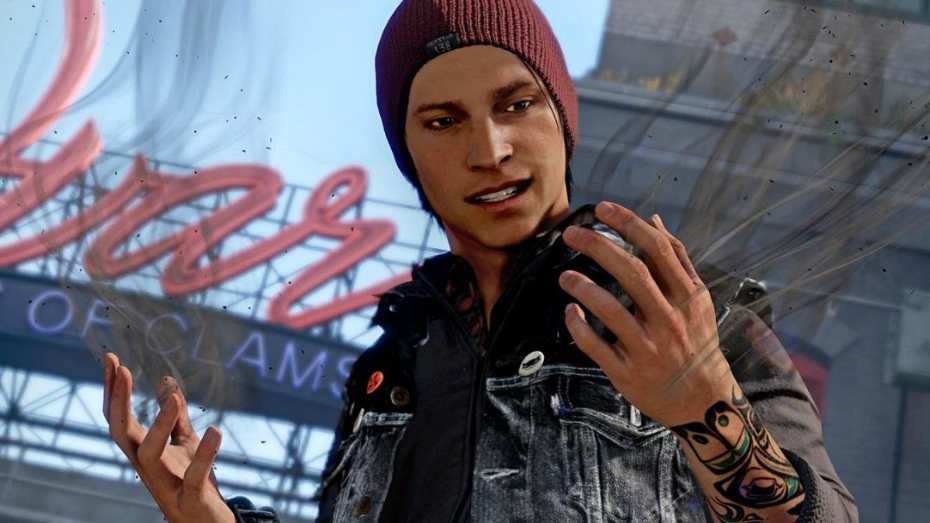 While I am a big Infamous fan, when glancing through the potential PS4 games library, I found myself skipping over the existing franchises and looking for new titles first. Once I circled back to watch some actual gameplay from inFamous: Second Son, my jaw dropped. Maybe it is because I’m a sucker for destructible enviornments, but I now cannot wait to dive back into this awesome superhero sandbox.

A brand new hero on a next-generation console definitely looks like a fresh start for Infamous. This was also the first footage that made me do a double take on the graphics alone. Admittedly, the initial footage did not do a good job at conveying just how improved Infamous: Second Son looks over its older brothers on PS3. Once buildings and towers started following apart to show off the advanced physics at play on the PS4, I took a closer look at the graphics themselves and was floored by their fidelity. This next-generation is going to be all about the density, details, and depth added by the power of the consoles which all looks to add to my favorite feature of gaming, immersion.

The rest of the trailer reminded me of how much fun this franchise has given me by just exploring the super powers at my disposal. There is something exciting to discover your powers at the same time as your in-game character, and while I liked Cole McGrath, I’m glad I will get to discover the power of the PS4 with this new hero, Deslin Rowe.

Infamous: Second Son is currently scheduled to be released exclusively for PS4 in Q1 of 2014.