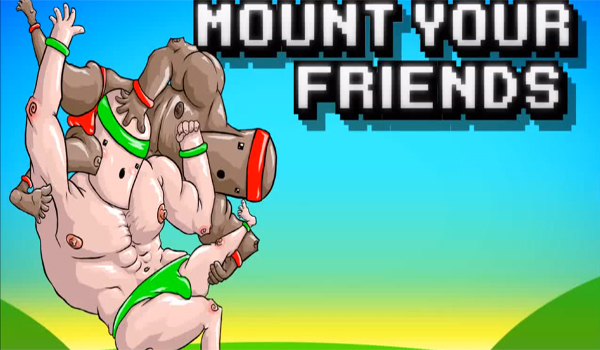 I realize everyone is still pretty excited about E3 and for the most part, I am too. With examples like The Division, Dead Rising 3 and The Witcher 3, it appears developers have decided to use the power of the next generation to do more than simply enhance the pores on character’s faces. Despite this, the trailer that’s recently grabbed my attention is not one shown at E3 but a trailer I just watched on Steam Greenlight. The game is called Mount Your Friends and it’s a GIRP-like game that tasks you with building a human ladder out of scantily clad, strong men. It was also developed by the fine folks who brought you Baby Maker Extreme, which should be more than enough to force your pocket open and your wallet out.

At worst, it looks like it’d make for a good laugh. Then again, you can never underestimate a game with solid penis physics either.

Mount Your Friends is currently available on XBLIG.