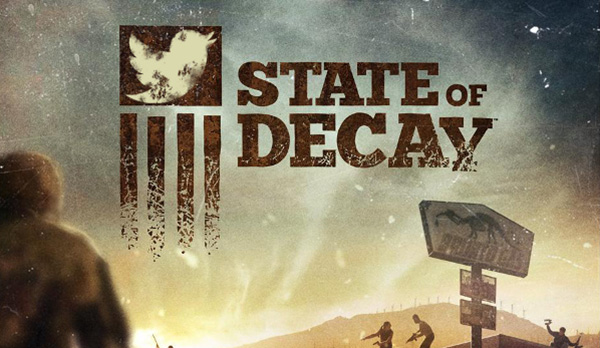 State of Decay is messy right from the start, but dismembered body parts will do that. Justin tries to survive this open world zombie game by making some friends and teaching them to get out of his way long enough for him to figure out if they are worth saving or not. It is going to take a while to adjust to life in the apocalypse. 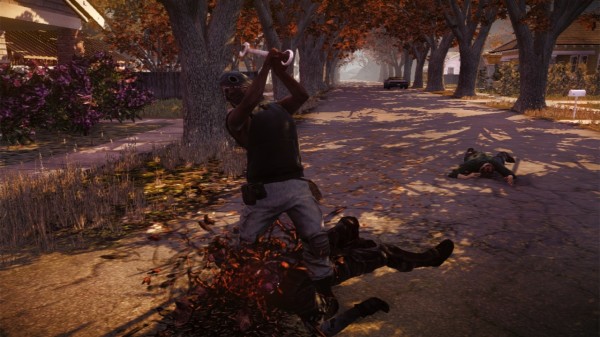 Let’s get this started.

I appreciate it when a game starts off by making the character as clueless as you are as a player. Right from the start, State of Decay let’s you know that it is first and foremost a zombie game. After my first splattered head and limb removal I knew it had the basics covered. Where State of Decay seeks to separate itself in the zombie genre is with its open-world that is full of friends, foes, and survival materials in addition to those undead flimsies.

That’s a bit weird, but I’m ok with it

Now I’ll admit, State of Decay is rough around the edges and it can even be jarring at first to see its technical flaws. Even if you are used to “open-world jank” including wonky physics, plenty of clipping, screen tearing, and hit-or-miss terrain traversal, State of Decay feels a bit dated when compared to the top flight sandbox games that are currently available. However, when I considered the price of admission (currently $20) paired with the depth and unique zombie experience offered within, I started to see through those glitches and found this zombie world pretty damn fun to mess around in for an apocalypse.

State of Decay presents you with a few basic tasks to walk you through the rules of how this zombie scenario works. First of all, while this is a single player game, you are not tied to one character. You can swap between your group of survivors fairly easily. Since no one died on my initial play session, I just have to assume that this is because your characters can and will die. Don’t worry though, you will come across additional survivors that you can choose to bring into your larger group that is housed at a homestead/base location. Once you’ve scouted the area around your temporary base, you will identify potential missions and areas to scavenge for supplies. By donating your supplies to your homestead, it will build your characters loyalty with that group of people and strengthen the homestead and group.

Securing the area around your base and keeping your friends safe is what drives your actions in State of Decay. How you go about helping out or not helping out is up to you. It does take an hour or two to get acclimated to the basics, and I was pretty frustrated with how the game would hand hold me through some rudimentary tasks while at the same time being a bit obtuse with basic directions to important objectives.

Story missions and side missions are all well and good, but they were a bit hard to follow through SoD’s muddy instructions. Luckily the gameplay around it distracted me with a whole lot of bloody fun until I better understood the menu and objectives.

At first, I assumed that you’d be on foot for the entire game so I was pretty elated when I came across a working vehicle. Running over zombies always feels good, especially when it’s in a game with sloppy physics that amp up the entertainment value. Of course, if the combat (in particular the melee combat) wasn’t as satisfying as it is, I never would have made it to the vehicles. Hacking limbs, co-op maneuvers, and brutal weaponry all contribute to some blissful zombie executions that make for a world worth wasting time in when you don’t feel like working towards your grander plan of survival.

State of Decay has hooks for action and simulation fans without making either side feel like they are in over their heads. The flawed-but-fun world is ready for you to make your mark, and whether that mark ends up being with a zombie or human body count is up to you.