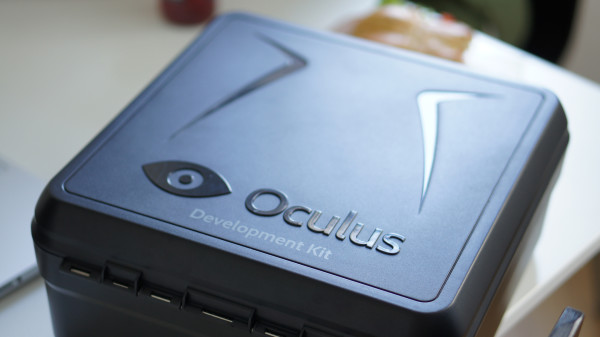 I had the pleasure of taking the Oculus Rift for a spin yesterday and boy am I excited. While the development model is but a shadow of what the retail version will be, it still blew my expectations out of the water. While I was pretty adamant about the recent 3D trend being nothing more than a passing novelty, I’m actually really excited about the possibilities of the Rift and the many ways it can enhance gaming. Because I feel like I’m going to be gushing about this next step in virtual reality quite a bit in the future, I though I’d detail a few initial concerns I have with the application of the system.

The Rift is All Up In Yo Face

Do you remember the days when you sat really close to the television as if to make sure that you absorbed every particle of light that emitted from the screen? Well the Oculus Rift puts you even closer to that. This means that flying through space, wandering through fields, and swimming in the ocean become up close and personal experiences. I don’t know about you all, but a majority of my game library involves content that I don’t want to necessarily be that close to. In fact, I own a few games where I’ve done my best to sit as far away from the screen as I possibly could in order to prevent a guaranteed scare from taking too much of a toll. 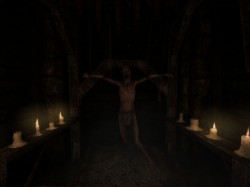 Amnesia: The Dark Descent takes my vote as the number one game I won’t be playing with the Rift.

When wearing the Oculus Rift, you have no choice in terms of the amount of distance between you and the action on-screen. This means that every sneaky ghost trying for a jump scare is going to have your eyeballs’ undivided attention. I’m a chicken so I’m obviously afraid of what an enhanced fright factor could possibly do to my bowels, but even veteran scare seekers may be surprised about how intense things can get when you’re in your own virtual bubble.

Should you overreact, you might find yourself in a bit of a bind, both literally and metaphorically speaking. There are a lot of wires connected to you during an OR experience and if you underestimate the amount of slack you need, you might find yourself caught in a spiderweb of cords and broken computer components (I actually stood up too fast and almost dropped the thing on the floor, which was a truly frightening experience in and of itself).

I haven’t gotten game related motion sickness for quite some time, but I do remember feeling pretty queasy the first time I played Doom. While using the Rift, I got a similar feeling while driving a truck around in a flight sim game (which happened to let you drive trucks as well). It wasn’t enough to make me want to immediately puke, but it did make me take off the headset immediately and take a seat until I felt better. In talking with the developer that was doing the demo, he said that queasiness is something that some people will have and some people won’t but was most common in games that allowed a higher degree of freedom in terms of movement (he told me he actually had to lie down for a couple of hours after playing Team Fortress 2).

I’m going to assume that like with Doom, I’m going to have to get accustomed to the headset and the way it screws with my mind. That being said, it’s worth noting that if you do happen to get a chance to test out the Rift or are thinking about buying one, slowly adjusting to the peripheral is a much wiser decision than rushing headlong into it. For those that suffer from motion sickness, you may want to prepare yourself beforehand as I assume the effect on me would be multipled on you. So eat a light meal (no cheese), bring a trash can and make sure that you don’t happen to take a first date with you to test it out. Also, don’t wear white.

Games Will Make You Vulnerable

Combining an Oculus Rift with noise canceling headphones is a great way to create a fully immersive gaming experience. It also makes you an easy target for a number of different scenarios that could occur outside of the digital world that has encapsulated your senses. If everything is set up right, you really can’t see or hear anything that’s happening in the real world. This isn’t a problem if  ignoring the real world is your prerogative but a major problem if the outside world is slowly sneaking up behind you in order to tickle and/or stab you. 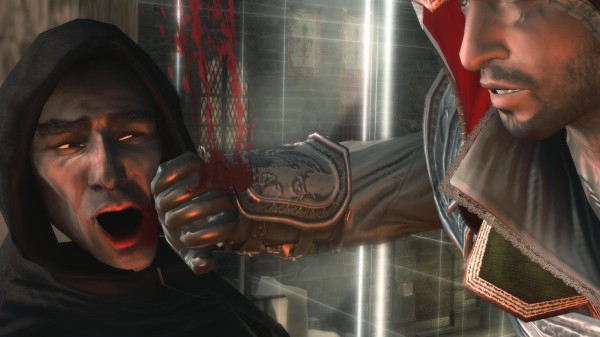 Stay far away from sneaky people when using the Rift, or this may happen to you!

This is why you are going to need to be very cautious with the individuals you “Rift” with and the places you “Rift” at. If you happen to have one of those jackass friends that’s always trying to punch you in the nuts or equivalent lady bits (hopefully you’ve grown apart in recent times), you definitively want to make sure they are no where near your location. Also, in terms of location you should probably be in an area that’s not known for opportunistic criminals as there are a number of crimes that could be committed to you that you’d be completely unaware of while partaking in the Oculus Rift.

While the virtual reality future we saw in Demolition Man and Surrogates may not be upon us yet, the Oculus Rift will successfully bridge the gap between playing games and fully experiencing them. It’s going to be great for gaming but greatness always comes with a few caveats. While my list isn’t extensive, it does point to a few aspects of the Oculus Rift that may be a bit hard to stomach.

BONUS: Check back later in the week for some video from the demo