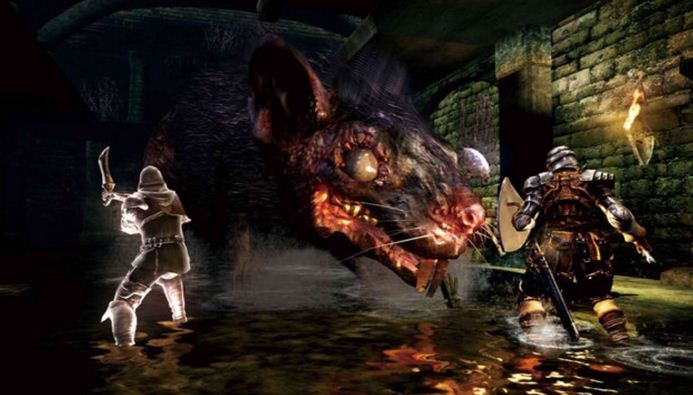 One late Tuesday night, I sit back in my office chair at home with a sly grin wrapped around my face. A stream of sweat runs from my brow; my hands, shaking from the exhilaration his mind and reflexes just experienced. I’m tired, yet I feel the euphoria of accomplishment as I see the final boss fade into non-existence upon an epic deflection and counter of my once fatal physical assault upon him. Congratulations, I just beat the hardest game ever set before me: Dark Souls: Prepare to Die Edition.

I have invested nearly 110 hours over the past 5 months in this game, created 5 completely unique character builds (part of the reason why it takes me so long to beat games like this) and finally found a game that gave me a sense of achievement for mastering techniques. However, Dark Souls is not a game meant for everyone – it is for a very special type of gamer. It requires a gamer that doesn’t expect easy-to-find super weapons, is okay with non-linear story-lines and sneers at cheat codes to get them out of trouble. Dark Souls hands you your ass on a platter and demands you take seconds. 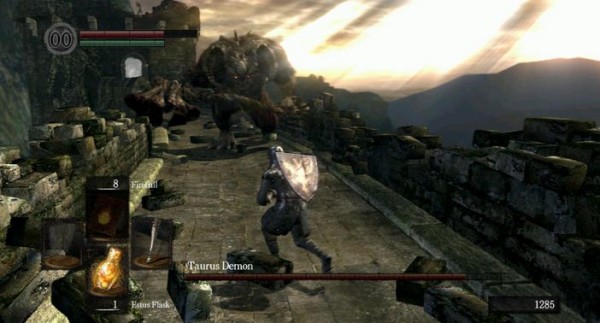 I picked Dark Souls up during the winter Steam sale for my PC. I flirted with the idea before with its predecessor, Demon Souls, but something about the idea of committing to a game that I knew was going to kick my ass stopped me. When I saw the full version with DLC (the ‘Prepare to Die Edition’ part) go up for around $10, I couldn’t pass up the opportunity to see what the fuss was about. What made Dark Souls such a polarizing title for gamers across platforms? I had to find out, and find out I did.

Learning the System has NEVER Been so Rewarding

If you think you can make it through the first 10 minutes of this game by button mashing, you will quickly learn that this isn’t the game for you. Within this time frame, you get a brief intro to controls (and I emphasize “brief”), try out techniques on a few weak baddies, and then immediately get thrown to the wolves fighting a gigantic boss that you can’t even fully see on screen (welcome to Dark Souls). Providing you figure out how to pass through this first part of the game, you are literally carried into the land of Lordran, and shit hits the fan as soon as you get there.

The enemies in Dark Souls are appropriately leveled throughout the entirety of the world, and provide a gradual training ground into utilizing techniques, ranging from basic blocks with a shield to more advanced, timing-based techniques like parrying and riposting. Very soon after the first area, you must become invested in the game’s design motto of “learning from your mistakes.” You have to prepare yourself to study both enemies’ and bosses’ move-sets. You have to commit to mastering timing and techniques. You have to accept failure as a part of the process… and if you think you can just grind away for souls (the currency in Dark Souls) and hyper-level your avatar in the attempt to walk through your enemies, you are in for a seriously rude awakening. Enemies have highly varied attack patterns and are diverse in appearance and game impact. The level design is gorgeous at times, and tear-your-hair out difficult to navigate at others. But nothing is unconquerable; yes, you have to think and strategize.

Skill resets? Not in this game. Be prepared to try out different character builds for your intended outcome. In some titles, there is an über weapon (ie: Ultimate Weapon, Master Sword, BFG 9000, Gordon Freeman’s Crowbar). In Dark Souls, your weapon of mass destruction is dependent upon so many variables that it sometimes results in spending more time planning out character upgrades than actually playing the game (again, no surprise there). The best weapon for a strength/faith build is drastically different from the prime loadout for a pyromancy/dexterity character. You have to consider whether you want play strictly for the story in your first play through, or test yourself and build a low-level PvP monster.

Outcomes are very stat-dependent: the other players you encounter through the PvP elements in the game will show you just how varied builds can be and how diverse Dark Souls’ weapon, armor and spell selections really are. Beyond the myriad of character set-ups, there’s also the twist that, based on your decisions in the main quest line, you can drastically alter the way in which your character affects the worlds of others. Interested in assisting other hollowed defeat that boss they’ve been stuck on for 4 hours? Try some jolly co-operation! Desire completely trolling unsuspecting bystanders? Become a Darkwraith! 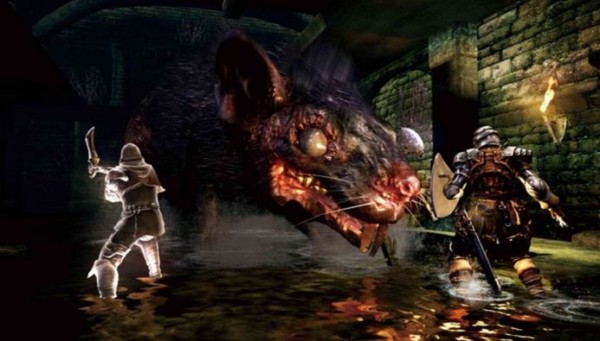 That’s one of the really unique aspects of Dark Souls: each player exists in his or her own world, and the other players exist within parallel worlds of their own. PvP is based on the ability to jump into and between these worlds… and the coolest thing about the Dark Souls community is that one minute you can be laying waste to another person via an invasion, and the next they are messaging you to assist them in a problematic area of the game. The choice is yours.

If you are really interested in gaming lore, this game has it. No, not through tons of scripted cut-scenes, but rather the way in which the world is created and the decisions you make. Special weapons or corpses of fallen heroes tell the tale of a seemingly endless struggle for many who find themselves amongst the worlds of the hollowed.

If anything is for certain, it’s that I’m not done with this game.  Even with Dark Souls 2 on the horizon, I have already set goals for my other character builds and attempts to refine my skills in additional playthroughs. Yup, Dark Souls has New Game +, and not just one, but many. Even some of the highest weapon and armor upgrades available require the rediscovery of scarce forging materials through additional re-exploration.

For the Masochist in All of Us

For maximum enjoyablity, Dark Souls for the PC does require some modifications (screen resolution, etc.) as well as the ever present issues of needing to be connected through Games for Windows rather than a dedicated Dark Souls network. I promise you that any time invested into Dark Souls with be well worth it…as long as you are up for the challenge.

Value score:  5/5 – I’ve seen Dark Souls priced on everything from Amazon digital downloads to Steam from $6 to $19. What this game will give you is a no-nonsense, visceral experience that forces you to connect to all components of the game play; not like a typical sandbox in which achievements get dry over time and you can exploit various aspects of the game. When I say its unlike anything I’ve ever played, I mean it in every sense of the phrasing. It brings the nostalgia of the era before quick saves and partners it with depth and character development through multiple playthroughs that are actually enjoyable to attempt to master. 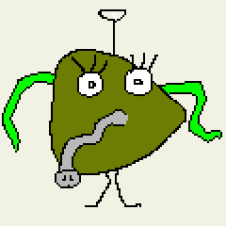