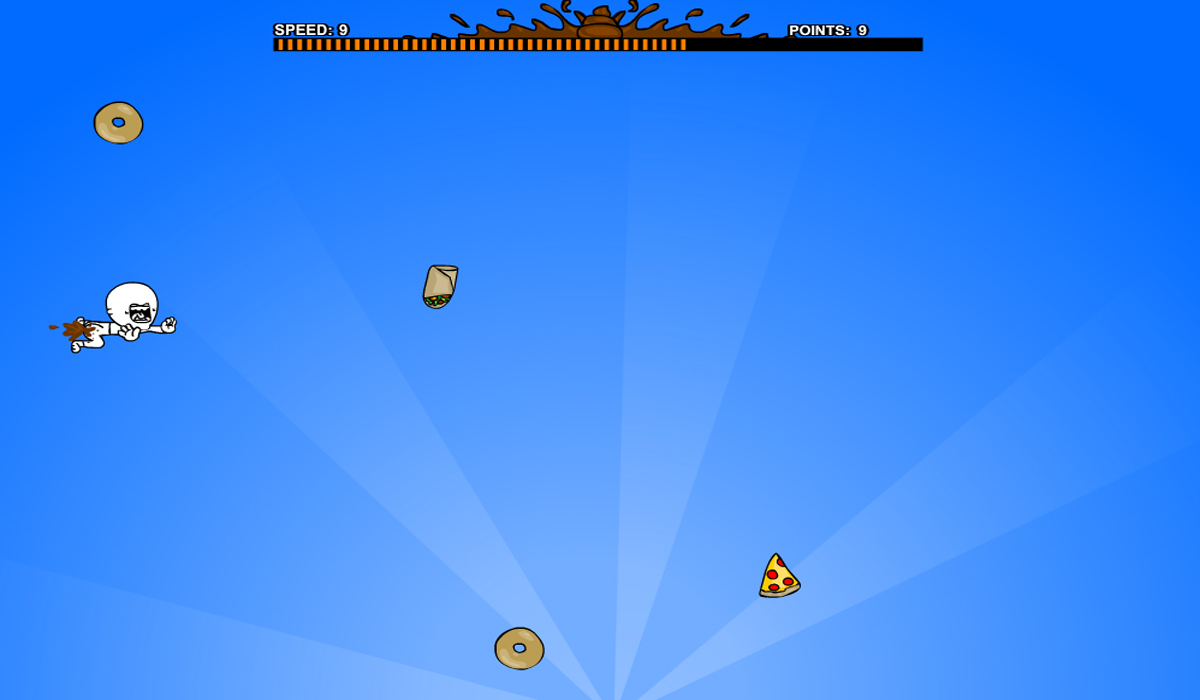 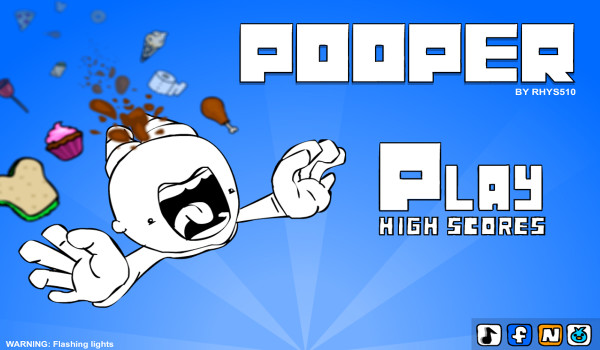 If the “Poopcast” ever became a real thing, this game would be its mascot.

Today’s Cheap and Dirty Gamer is brought to you by the letter “F” for frustration. For some reason or another, my computer decided to take a poop directly onto my foot (metaphorically speaking of course) so I’ve been troubleshooting all day. You could also say I’ve been knee deep in crap for the better part of the afternoon (metaphorically speaking of course), which is why I thought it appropriated to feature a game about using poop to propel yourself through the air. The game is called Pooper, and it’s one of the funniest things I’ve seen all week.

This man’s colon has to be super upset with him.

It’s not exactly a fun game, but what can I say; I’m a sucker for fart noises and excrement (that sounds a lot worse than I intended it to). After a very amusing intro mini game (which I won’t spoil because the shock value makes it hilarious), you’re flung into the air via a trail of doo-doo and must fly around for as long as you can in an attempt at capturing the high score. Grabbing floating food fills your poop meter up while hitting toilet paper subtracts from it, so go for the cupcakes and chicken wings but avoid the two-ply.

I’ve really tried hard to put in a bit of extra effort in my quest to become a more professional video game themed journalist, but on a day like today it’s a whole lot easier to just go with the low brow stuff.