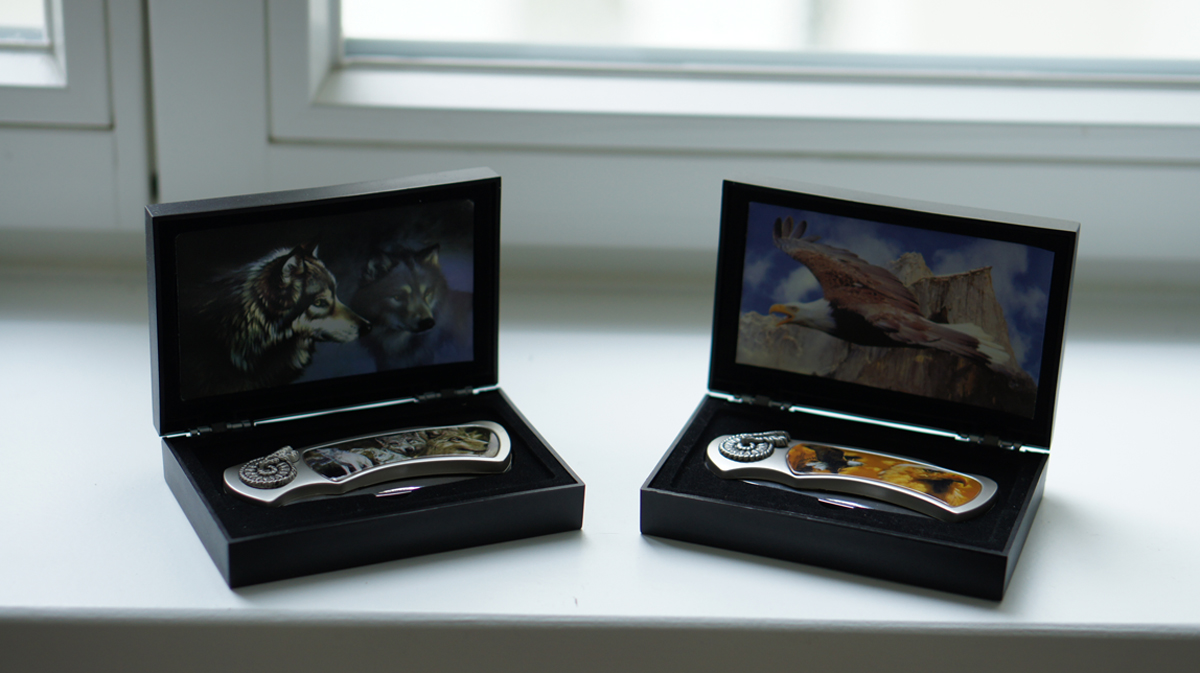 Between all the RPG games I’ve sunk time into, I’ve had my hands full when it comes to loot hunting. Despite putting a combined 200+ hours into those games, I’ve found very few “Legendary” grade items that I’ve truly been impressed with. While my inventories are filled to the brim with useful magical, rare and set piece items, the “legendaries” I do have either suck hardcore butt-hole or are meant for a class that I don’t play. This was a bit frustrating to me, but not so much that it affected my real life status. In fact, it is in the real world that I actually stumbled across, not one, but two legendary items that I’m sure will affect my lifestyle in ways I cannot even comprehend. 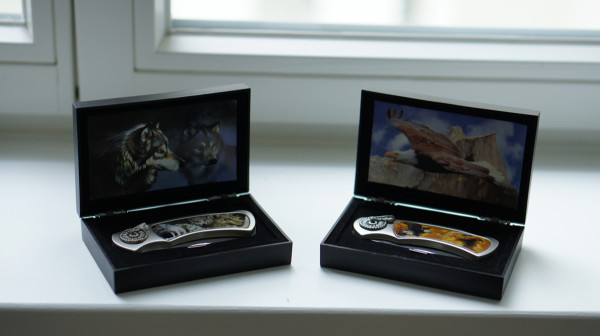 The loyalty of a wolf, the bravery of an eagle.

It was a Cold, Rainy Saturday…

My tale starts out not unlike those found in the games I partake in. While there weren’t any mystical beasts or angry warlords (that I could see), I was exploring a medieval town (Quedlinburg, Germany) and was also traveling around in a party (my inlaws and my wife). The joyous adventure quickly turned sour, however, when a rainstorm rolled into town and forced us to seek shelter, shelter that happened to be home to a store that sold a vairty of miscellaneous items. I’m by no means a fan of shopping (though for some reason I do enjoy shopping within the world of a video game) but there was something magical about this store. As I turned the corner and walked towards the back of the little shop, I came upon a display case full of creepy skulls, sexy lady figurines and the legendary weaponry that I had was instantly drawn to.

You know that feeling you get when you’ve been struggling through a difficult section of an RPG and walk into a store, only to find weapons or armor that will turn the tide of your battles? That is the only way I can describe the feeling I had when first laying eyes upon Wolf Knife Eagle Knife. They spoke to me in an unearthly voice that I knew wasn’t the store clerk since she happened to speak German. I had to have them and so with permission from my wife (super important when it comes to survival in the game we call marriage) they were in my possession.

Now you may be wondering why a gaming journalist who happens to works from home and also lives in an unbelievably safe city would need two weapons emblazoned with the images of  power animals? I’m not sure, though I think it has a lot to do with the inadequacies I feel in reference to my inability to find boast-worthy legendary items in video games. While it’s quite common to escape to video games when real life gets you down, I sometimes have to turn to real life when video games don’t do the trick. People find all sorts of ways to cope with deficits, my just happens to involve super slick pocket knives.

The problem (and I use that term loosely) is that even though neither of these real life knives has any sort of application in the video game world, I am suddenly not impressed with any the legendary items I find while gaming. Sure, video game items boost my stats and give me special powers but at the end of the day they’re all a bunch of 1’s and 0’s and tend to get replaced as quickly as I can find them. I’ve been trudging through these games to stock up on badass weapons only to find that none of it compares to the feeling of wielding two real life knives while reenacting scenes from Gladiator (totally irresponsible use of Wolf Knife Eagle Knife by the way).

That being said, the problem with real life weapons is that they’re meant for stabbing, shooting and bludgeoning real life things. While it was exciting to think about slashing my way through burglars, murderers and rabid dogs during a quest for justice, the fact of the matter is that actually doing such things horrifies me to no end. When I’m playing video games, I’m destroying things that didn’t exist until I booted up my computer. That’s the nice thing about video games; even though they might romanticize acts that are very violent, the demographic those games are aimed at is mature enough to realize similar activities in real life would be too tough to deal with.

Even though holding really cool weapons felt really cool, I’m more than happy to keep them in their signature boxes until a point in the future where I might need to dramatically cut a small length of rope or peel an apple.