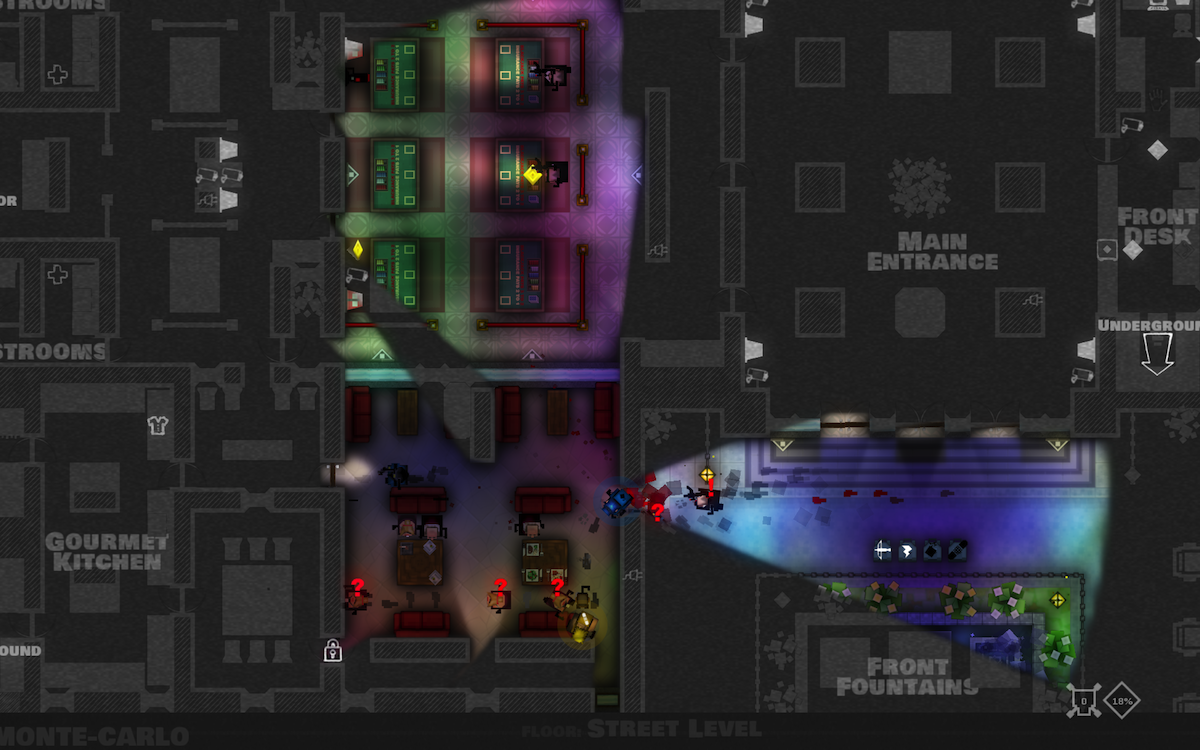 This is just you and me talking, here, but I know we have the same problem. Our friends suck at video games. I, myself, am complete bad ass when I’m solo, but some games just cannot be handled alone. When I heard about the co-op heist game, Monaco, I was immediately nervous about playing it. I have always wanted to take part in a well-planned and surgically executed bank caper, but I knew that it would require intense strategy and cooperation from others. My friends weren’t up to snuff. However, the buzz around Monaco quickly became that it may be the best co-op game around, so I was convinced to try it in hopes that it finally figured out how to make my friends into better gamers.

Those hopes for epic teamwork, it turns out, were completely crushed by the chaos that is Monaco: What’s Yours is Mine.

Here’s where it all went wrong

The most basic problem with cooperative gaming is that your teammates have free will. Naturally, any game that is designed around co-op would have to tackle this problem first. I expected Monaco to have elements in place to force my friends to not only listen to my instructions, but follow them to the letter. I was immediately dismayed in that our voice chat remained untouched by the game in that my friends insisted on talking over me from the get go. No pause screen to make them sit and listen. No penalty for talking out of turn. No electric shock for moving in the wrong direction. Even when they would die, the game wouldn’t delete itself. I asked for cooperation, and Monaco refused to beat it out of them. 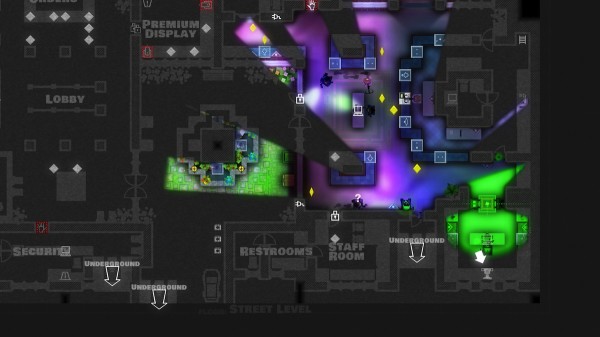 We have a blueprint, why can’t we use it?

With every new stage, even before I could take in our new blueprint and get a lay of the land, my friends would seemingly pick a direction at random and just start running. Where are in-game white boarding sessions? Why can’t we build miniature recreations of the facility and conduct test runs? Where are the research assets, Monaco? I cannot keep this group in line if I cannot be at least 6 steps ahead of them. Work with me here.

After I eventually gave up on controlling my friends avatars as if they were my own, I tried my hand at damage control. If we were going to run into a war blind, we were going to get out of this with as many of us alive as possible. Unfortunately, the enemies in Monaco were either designed to be too dumb or they are so smart that my friends’ stupidity baffled their instincts. Rarely were my friends punished for their mistakes. For some reason their characters were given health and armor, which meant whenever they were spotted or attacked they could usually survive long enough to run away and bring the enemies to me. Every. Single. Time.

The enemies weren’t lethal enough to teach my friends the lesson that Darwin should have. Instead, I was left cleaning up after them, reviving them, or worse, running away for my own life. None of this was in my plan which I designed to completely idiot proof. Unfortunately, Monaco creates a breed of idiot to the likes that have never been seen.

One option is too many

You assume my friends can understand what they read?

Giving my friends choice is the last thing they need. Hoping they understand that each character class possesses different strengths and weaknesses over others is like asking a dog to compose a symphony on a space station that can only be constructed by him after he develops a functional space program. The gentleman is wearing a disguise, he isn’t playing dress up. The hacker will not automatically make you better at video games. Yes, the mole can technically dig through walls, but that doesn’t mean you should dig through every wall. Moderation and responsibility, Monaco, you and my friends have neither of these.

My natural skills were not enough to overcome my friends mistakes, and on a few isolated occasions, my character perished. While I think the concept of reviving an in-game character is the equivalent of cheating, Monaco does technically allow for your friends to bring you back to life. Imagine my surprise when I valiantly died by sticking to the strict rules of our plan, and no one came to my aid. Not only that, but when my other friends would fall, they had no trouble reviving each other. It is really a simple design tweak to make it so that my character is always the brightest character on the screen, and it shouldn’t be too hard to figure out who is the most important member of the group. Once again, that is too much to ask of Monaco. Eventually my friends would die and we’d have to start over. On the one occasion where they did revive me, they of course all had excuses as to me being too far away from them or they were finishing the objectives that I forgot about. I didn’t pay attention because I cannot hear excuses, and neither should Monaco.

You think finishing the level is winning?

Monaco, like every cooperative game before it, completely misses the mark on good co-op game design. Instead of executing the perfect heist and transforming my friends into better people, they further devolved into a bunch of giggling lunatics who took joy in barely scraping by, sloppily saving their friends at the last minute, and technically completing their objectives. You all deserve each other.