I’ve always been under the impression that I enjoyed scary games, going as far to criticize modern survival horror for forgetting their roots and galloping down the action aisle. After playing Cry of Fear for about an hour last week, I’ve come to the realization that I like the idea of horror games way more than I like the application of them. That is not because Cry of Fear is a bad game but  because I’ve apparently lost my edge (aka I’m a huge chicken s***).

Live for the World to See

I knew going in that I was taking a big chance in streaming the game live (to add insult to injury, I played during the day with bright sunshine pouring through my window). As soon as the game booted and  I found myself standing in front of a dark room with only a camera as a light source, I knew I was in for a bumpy ride. I was instantly uncomfortable realizing that my only option was moving forward, knowing that the inky darkness was probably filled to the brim with jump scare after jump scare. I eventually mustered enough courage and walked in, using the flash in a desperate fight against the horrors that lay just out of sight. I eventually screamed like a small child even though I prepared myself for what was coming. 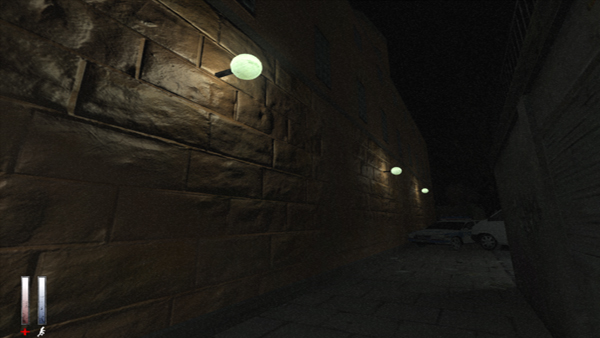 This looks way too familiar…

Once I was out of that scene and into the actual game (apparently I’d been in a dream sequence), I felt a lot better despite my surroundings being chock full of doom and gloom. The visuals are rough (Cry of Fear was originally a Half-Life mod) but that doesn’t prevent the game from spreading the atmosphere on thick. The ambient noise and dreary setting come together so well that you forget about the lack of crispness in the visuals and are instead sucked into Fäversholm. Being that I currently live in Europe, the old-world-meets-new-world style made things even more frightening as I regularly walk down tight alleys and old neighborhoods very similar to the ones in Cry of Fear. Safe to say, I’d be grocery shopping during the day from now on.

The streets are completely empty, which leads me to believe that something rotten went down and my character may be the only person around to figure out what. Eventually, creepy things began to occur and my pace slows to a crawl as I focus on keeping my cell phone (your light source in the beginning of the game) and my small knife at ready for whatever my lay in wait for me. You do get weapons throughout the game, though even when I got a gun I never really felt that much safer  since the world around me wanted me dead. While you do go toe to toe with a variety of monsters, your biggest enemy is the unsettling feeling that follows you from room to room. Don’t get me wrong, you fight some scary looking stuff in the game but these events are almost a bit of relief as you can actually see what’s been pursuing you.

In the Pit of my Stomach

That unsettling feeling is the reason why I had to call it a day a mere 50 minutes into my playthrough, a failure for me but a definite success for Team Psykskaller. It’s very easy to create an experience that frightens people, but it’s an all together different accomplishment to create something that makes a person scare themselves. While the game has its fair share of jump scares, the majority of my own fright came from staring down long passageways wondering what was in store for me next. I hoped for a bit of in game respite from the overwhelming intensity, but that never came.  Things just kept getting more frightening.

By the time I was done playing, I felt like the low-tech approach was not only something that didn’t affect the game but something that may have allowed me to sleep without the aid of a baseball bat. To be that creeped out by a former Half-Life mod says a lot about the development team’s ability to get under your skin (that or I’m a gigantic chicken, which could be true). Either way, I’m looking forward to seeing this group in the future, though admittedly at a distance. 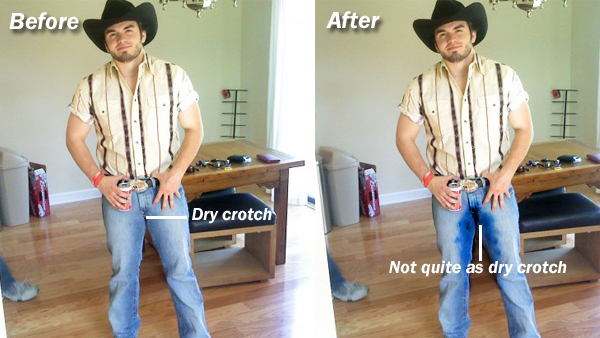 Disclosure: I may not have played for an extended period of time but I can say with confidence that if you like scary games, Cry of Fear needs to get a slot in your gaming queue. I’ll eventually come back to it, once my wife gets home from work that is.