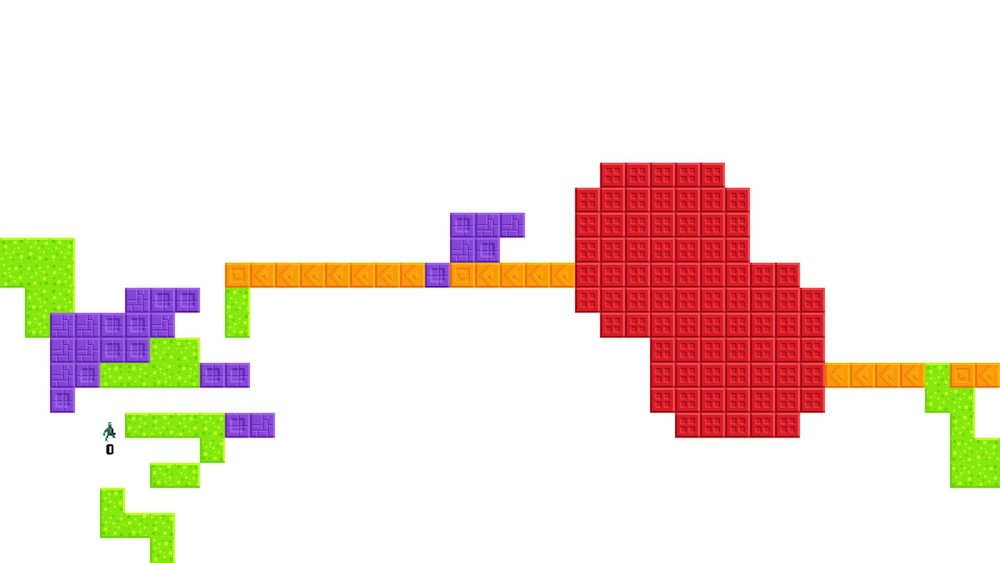 Exploration, music, and planting blocks on blocks on blocks. If you are lucky you’ll find some keys before you fall into the abyss, as long as “The Nothing” doesn’t get you first. Justin gets lost exploring the world of Droqen’s Starseed Pilgrim, and he wouldn’t have it any other way. 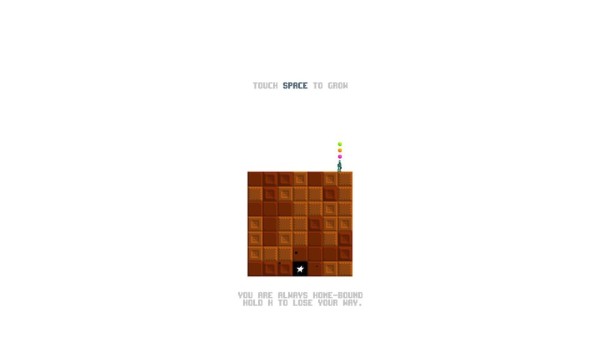 You have a choice when you are approached by a puzzle game, you can do your research and find out what types of thing the game is going to throw at you, or you can go in cold. I prefer the latter as exploration to the point of understanding is a majority of the reason I enjoy video games. For a game about planting seeds and growing your world, Starseed Pilgrim doesn’t provide much a guiding light for its players. Your own curiosity combined with its simplistic presentation is what makes the Starseed Pilgrim shine.

As long as I can feel that I’m learning lessons and progressing in my understanding of a game world, I am absolutely happy in having no idea how to play a game. Starseed Pilgrim gives you a few basic instructions of how to control your character and interact with the blocks that make up its canvas. You can destroy blocks by pressing against them, or plant a seed to grow more blocks by hitting space bar. Other than that your character just runs and jumps. So easy anyone can play.

Maybe horizontal is the way to go.

The method to accrue your inventory of seeds is hidden behind some really cryptic (but obvious) instructions, that I completely missed. Instead I spent my time running out of seeds and planting a variety of different blocks. Each different color of block has a different behavior, whether they build quickly in one direction or spread out like weeds or dangerously explode into a mass of more blocks. While I was learning these nuances, I was able to figure out how to get more seeds, but I was left with one big question – why am I building stacks of blocks, and where am I trying to go?

The answer is revealed the first time by the other feature growing in your game world. As time goes by, darkness begins to take over your blocks. If your character touches that block, you are zapped into an inverse world and your only way out is a locked door or to reset to the home stage. Of course, if you have built your blocks out enough, you’ll start to see keys available to you in this inverse world. Naturally, those keys are the, uh, key to unlocking the more to Starseed Pilgrim.

Of course, by the time my play session was over, I had yet to uncover the true power of the keys. I have a feeling that’s just the beginning to the world of Starseed Pilgrim though.

The good kind of lost

Truthfully, I enjoyed building vertical towers and trying my hand at extending the landscape horizontally. The pleasant atmosphere and subtle music of Starseed Pilgrim definitely makes it easy to just relax and grow your world, regardless of focusing on trying to collect keys or accomplish a particularly objective. The tension grows as “the Nothing” steadily takes over your block, and staying one step ahead of it is an entertaining game within itself.

Starseed Pilgrim will give you as much you put into it. It isn’t for everyone, but it’s addicting for the tinkerers and problem solvers out there. You may start out confused and directionless, but once Starseed Pilgrim’s mechanics comes into focus they are a hell of a lot of fun to get lost in.

Starseed Pilgrim was released on Apr 16, 2013 and is available now on PC.