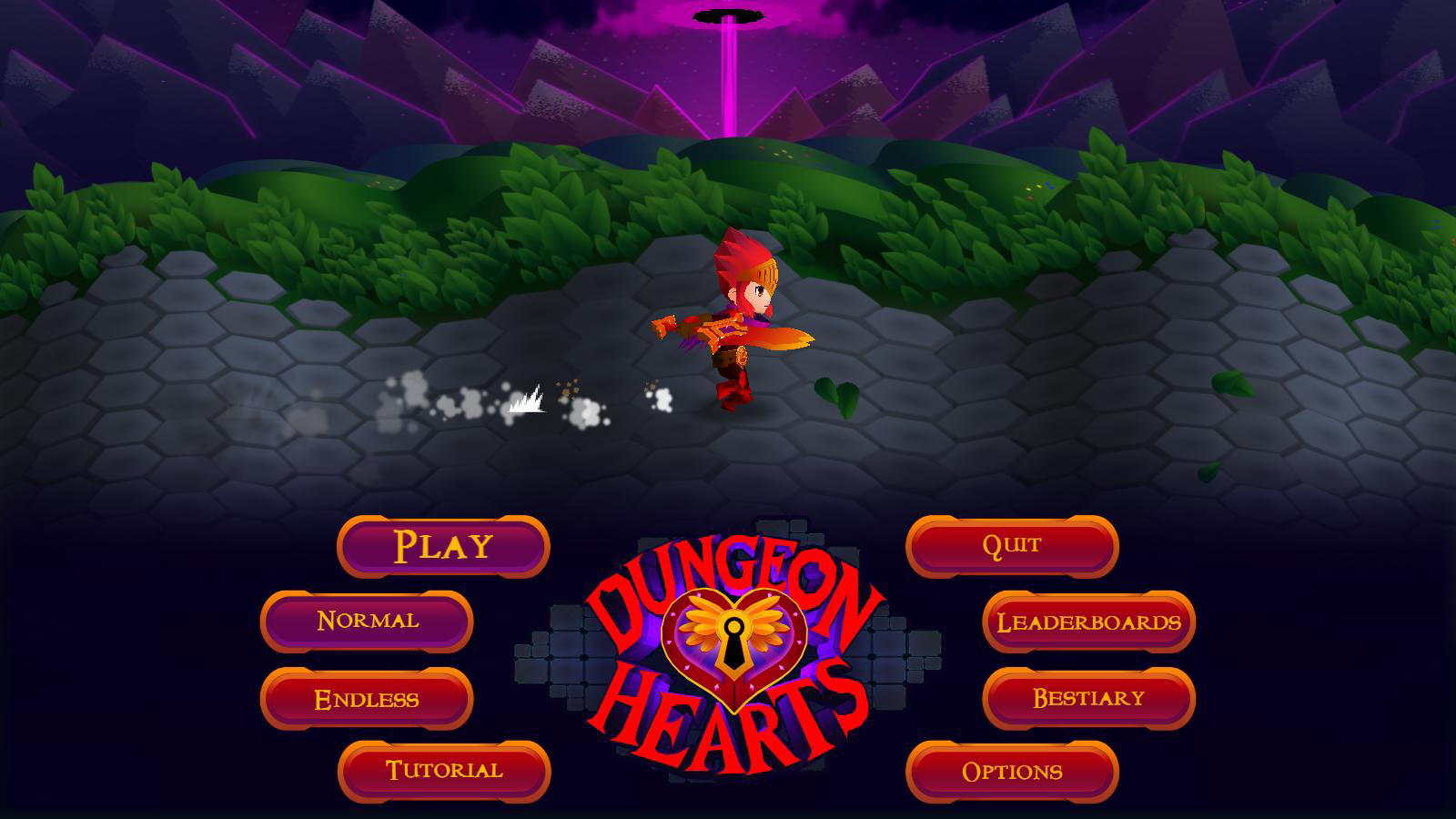 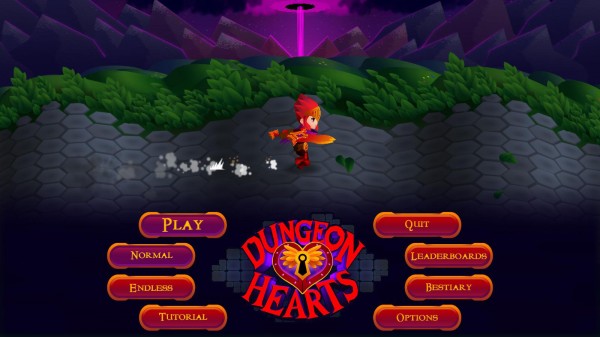 A dungeon is the worst place to leave your heart…

I woke up this morning to find I had some new items in my Steam inventory, which is always an exciting thing. Opening it up, I saw that I had a coupon for a “match 3” style puzzle/RPG called Dungeon Hearts. I’m not sure how it got there, but for a second I thought that Cube Roots (the developers of the game) had stumbled upon my Cheap and Dirty series and were trying to bribe me in order to get their game showcased. I was pretty excited as I’d never been able to test my ethics when talking about games since I rarely get any free stuff. Had I finally made it? Was I in the inner circle?

After thinking about it further I realized that if they were really going to try to bribe me, they’d have just given me the game for free as opposed to giving me a coupon (unless of course there’s a coupon for stuff level right before the free stuff level, but I doubt it). They wouldn’t really have needed to bribe me anyway as I actually really enjoyed the game because it was a simple yet frantic time killer that anyone with the ability to match shapes and colors can play. 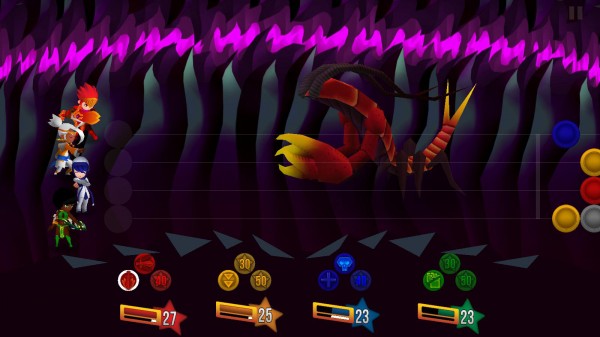 The lobster is about to get a face full of colorful shapes! That may sound fun, but it definitely is not!

There’s a story somewhere in the game, but the cutscenes were a bit jank so I ignored that part of Dungeon Hearts and focused on the gameplay.  In the game you have 4 heroes, each of which is connected to a line. Different colored circles move towards the heroes on this line and matching three of the same creates a flashing diamond that when clicked on, damages whatever foe happens to be in front of you with the attack of the corresponding hero. It’s not all about matching circles, however as the game throws other shapes/icons at you in order to mix things up. For instance, icons that have a skull or debuff on them need to be destroyed with one of the diamonds before they reach the end of the line or else your heroes get hurt/debuffed. It starts out simply enough, but once you have to react to a screen full different symbols, the frantic nature of the game really shows through. I didn’t exactly make it very far, but I don’t exactly make it far in many games.

There are subtle RPG elements featured with the game, such as leveling up your characters (through a mini-game that also involves matching shapes) and using abilities (that are charged up by attacking enemies), though don’t expect anything to the level of say, Puzzle Quest. Regardless, it’s kind of nice to just jump into a game and focus on setting a high score as opposed to investing a good chunk of your day to an adventure themed scenario.

The game is cheap ($2.99 on Steam, $2.99 on iOS) and worth a try if you need an mixed-genre game or you just really love match 3’s. I got it on Steam because of the faux bribery coupon, but it’s probably better for iOS devices.