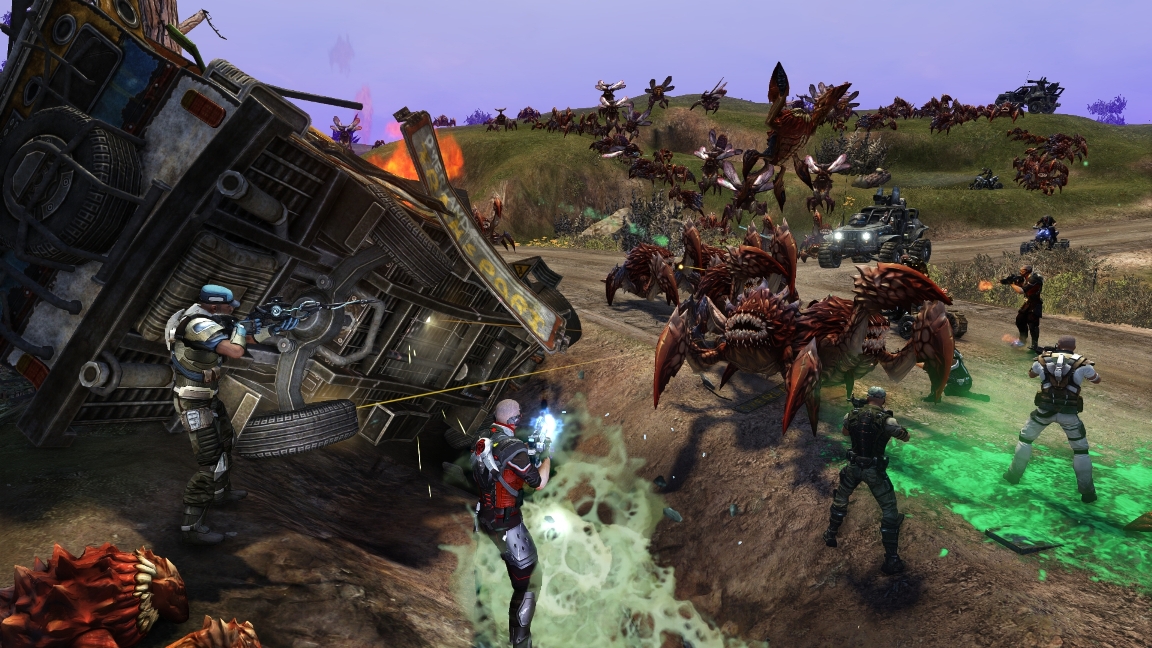 I’ve got a fairly diverse game collection. Indie, a few sports, some classics, WRPGs, shooters, sandboxes, strategy – in fact, the only traditionally console-based genre you won’t find in my library is JRPGs, which I’ve talked about before. However, with the release of Defiance, I’ve had the opportunity to get into one of the most popular game categories the whole planet over (MMORPG) that I haven’t touched since the initial release of City of Heroes. While I don’t see myself buying Depends to cut down on AFK time, I can definitely see the allure that a totally open world filled with tasks and missions has. Tying the activities in the world to the just-premiered TV show on SciFi (sorry, I have an allergic reaction that prevents me from typing their marketing-department-ized name) just adds the one element that the game needed to get me into it. 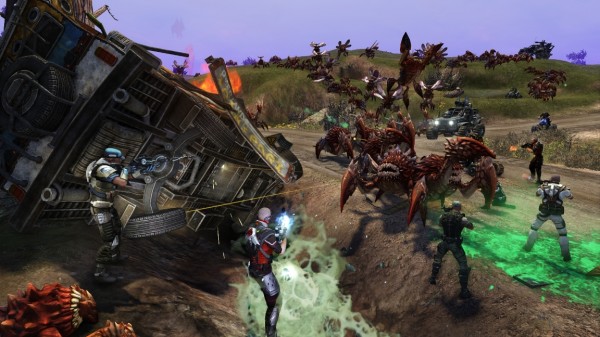 Did I mention that you often find yourselves in target-rich environments?

Go Solo or Bring a Wookie

I suppose one reason I never really got into MMO’s is that by the time I saw my brother clicking away in WoW with 35 widget windows open, Blizzard|Activision was raking in profits equivalent to the EU’s annual budget – in other words, even if it looked kind of cool, I was late to the game and didn’t feel like jumping in as the full-on noob. With Ethan and Josh Lee giving us a look at the Beta release, I was intrigued. Once I figured out it was simultaneously being released on a console, so I could continue my heretical, non-PC gaming ways, I got excited. And when I found out that Nicole from puregeekery.net was going the console route too, I was sold, so I picked it up last week.

What I wasn’t ready for was the 30 minute install-and-patch or the early-MMO growing pains. I was bummed, but I should have known. Still, I’m a grown-up, so I didn’t freak out and go blasting developer Trion with a butthurt tantrum that there were some stumbles. (I did freak out a little bit in a good way I found out that Trion was giving everyone a bunch of in-game goodies for being patient with them.) After the set up, Nicole and I got to game together for a while, but our area chat wasn’t working one day and another, while our chat was working, we had trouble doing missions together – I’d beaten ones she hadn’t and vice-versa…so, for a couple of days, I’ve been going it alone. The most recent patch seems to have fixed those issues, but even with them, it was fine. I didn’t mind roaming around the impressively large countryside, killing mutants and hellbugs and making absolutely absurd jumps with my four wheeler. Even when I’m adventuring alone, the overall community seems to be populated by fairly helpful folks. I got revived a lot by strangers last night at an Arkfall (a major-but-frequent in-game event) and I’ve ad-hoc teamed up with other Ark Hunters on more difficult missions when my adventurer-in-chief partner isn’t around.

We still haven’t figured out who’s the smuggler and who’s the walking carpet. 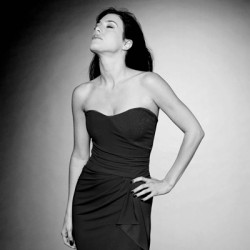 Also, Dexter’s crazy ex-girlfriend serial killer slash HG Wells from Warehouse 13 (Jaime Murray) is in it and I think she rocks.

As far as I know, Trion and SciFi are attempting something which has not been done before: they’re filming a TV show that will have some sort of interaction with the game. There are shared characters, locations and events, which isn’t particularly groundbreaking except for the synchronicity, but apparently the game is going to have an impact on the show as well. Predictably, the game/show’s sites aren’t particularly clear about how that will happen, but we’re baselessly speculating that as the first season of the show winds up, how things play out in the game may effect season two (actually affecting season one seems enormously complex, particularly with the fact that there’s no way they can shoot on the fly.)

I won’t say that this gimmick drew me into the game, but it is an interesting mechanic. Maybe, by the time season two rolls around, I’ll stop using the word ‘gimmick’ to describe it. (The show’s pretty cool, by the way, based on the 2 hour pilot/premiere).

If I had to guess, more experienced/hardcore MMO-ers are probably referring to Defiance as MMO-lite, since it’s pretty run-and-gun. (Also: probably because it’s on console). I have nothing to back that suspicion up, but it’s a guess. With that in mind: that’s fine. The fact that it’s got a little bit of Borderlands and Mass Effect (the first one. The one with all the awesome customization.) in it is kind of what got my attention and drew me into the genre. I don’t know if you’re going to find me putting 100 hours into Eve Online anytime soon and coming up with the next great scam, but Defiance gave me the opportunity and the desire to hop into an insanely popular genre without feeling completely incompetent. 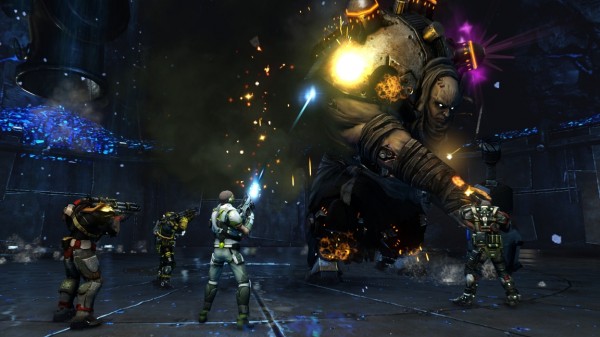 Realistically, we probably need a Ram 3500 with a Cummins Diesel in order to run over this guy, but not the dually model. Remember: restraint is important.

Now all I wish is that I had one of those Dodge Challengers so pure_geekery and I can ride (and crush hellbugs) in style.