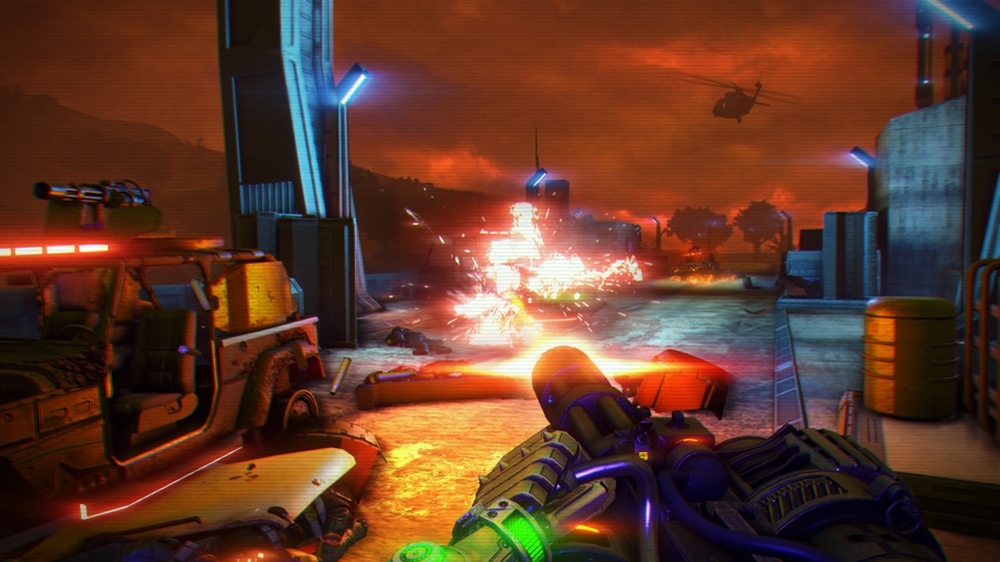 Today I woke up to a gray sky, an aching tummy (compliments of this stupid idea) and a general state of melancholy.  The twinkle in my eye struggled to find its way to the surface and my usual glee decided to take a mental health day. With politicians widening the gap between the haves and the have-nots, multinational corporations polluting our oceans and crazy dictator threatening all out war, there didn’t seem to be a whole lot to be happy about. Then I watched the reveal trailer for Far Cry 3: Blood Dragon and my state of mind changed completely because I’d just witnessed scenes from 2013’s game of the year.

I realize that it’s going to be really tough for people to overcome their misconceptions about BioShock Infinite actually being this year’s GOTY (trust me, I was there earlier in the week) but simply viewing Blood Dragon’s trailer (above) is enough to make one forget about the engaging world and characters that Irrational Games created. I’m sure you’re all thinking that I’m just making outrageous statements as a means of attracting attention to myself, which is why I’ve taken the time to breakdown the trailer and share with you the evidence I’ve come across in reference to my aforementioned guarantee: 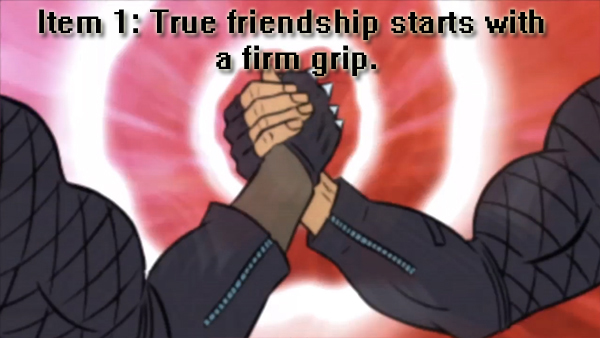 I may be showing my lack of impartiality here, but that picture clearly shows the bonds of a true and dedicated friendship AKA two bros ready to sacrifice everything for the good of the planet. It’s no coincidence that my Brotabulous Moments in Gaming videos all start with the exact same handshake as I hold this level of intense companionship above all else (outside of my marriage, which to me is just extreme brohood with benefits) and want nothing more than to communicate the message to everyone of the its benefits. People understood this back in the 1980’s (which is the style Blood Dragon emulates) and so we can expect to enter into yet another monumental video game partnership that will make Booker Dewitt and Elizabeth look like strangers casually passing each other at an intersection. 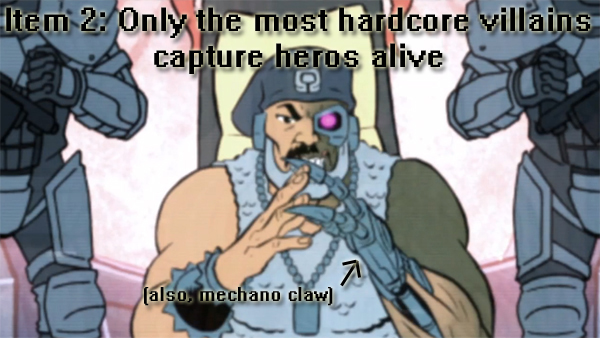 Most villains just want to track down the hero and kill him but this mechanical fellow wants Rex alive, more than likely for torture related activities. That combined with all the other atrocities he’s probably committed equates to the type of guy that we’ll all be chomping at the bit to bring to justice. No gray area here folks, this jerk needs to be taken down…hard. 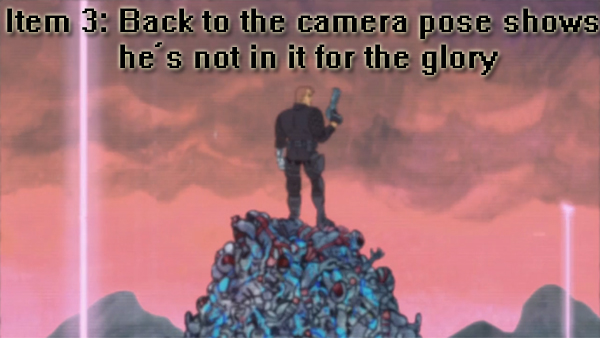 Despite the fact that he’s standing atop a mountain of ruthless killer cyborgs, Rex doesn’t bother flashing a smug look towards the camera. There’s no ego here folks, only a man doing his job no matter what the sacrifices are. He’s already seen the horrors of Vietnam War 2 and knows that basking in the glory of war is something that could dull the edge of his cyber-commando-ness. 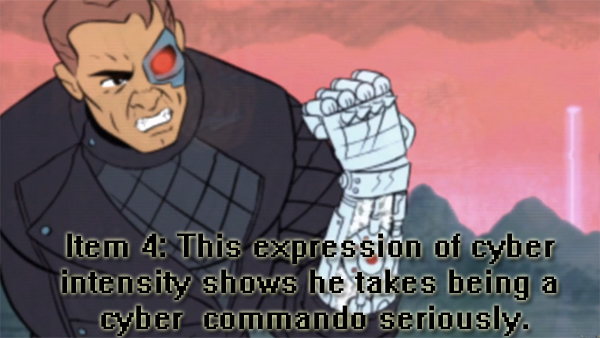 Not much to say here other than to point out that Rex has made this conflict (like he does with most conflicts) personal. He’s to the point that if he doesn’t achieve justice soon, his battle passion is going to crush his own cyborg hand. 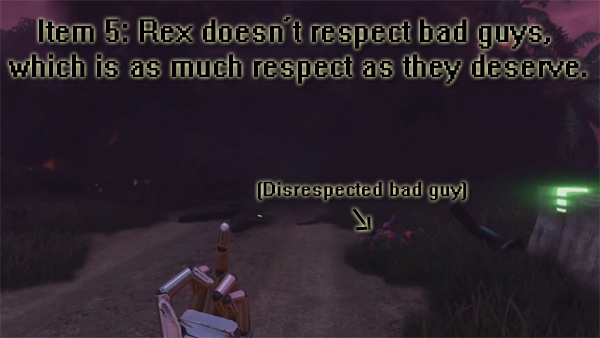 Some games want us to see the enemies as victims of something larger than just a black and white battle between differing viewpoints. Blood Dragon and its protagonist know that every time you take the opportunity to see a bad guy’s side of the story, 15 more bad guys step up to ruin the lives of innocent Earth citizens. 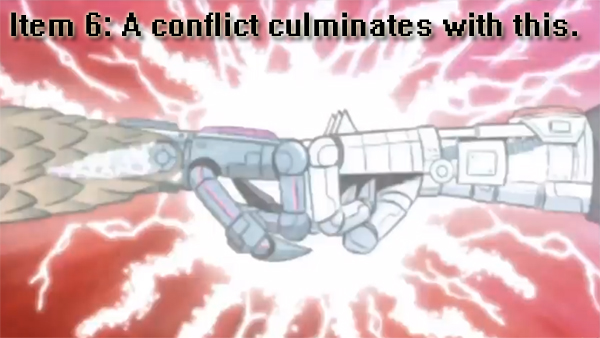 I automatically lose respect when battles don’t end with the hero and villain punching each other’s fists together so hard that the screen explodes. Think of the resulting force as a hurricane. Good guy ethics and bad guys ethics are the two fronts that meet to create the aforementioned storm. This, above all else shows that both are just as dedicated to their own goals as the other and the final showdown will be one that historians will write about for ages.

If all of that isn’t enough evidence, then listen to a few samples of Power Glove’s soundtrack for the game or look up the IMDB page of Michael Biehn (the voice actor for Sgt. Rex Power Colt) and take into consideration how pivotal he was to some of the greatest movies ever created.

Do I have to say more? It’s time to get excited people.