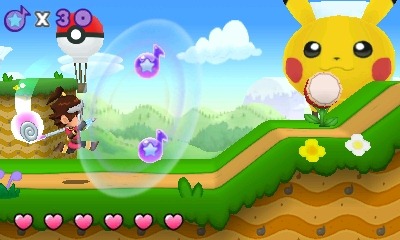 I’d describe myself as a “gaming tree,” firmly rooted to where my consoles and computers are like an expensive security blanket. On the surface, I can’t say I really have any issues with travelling. I definitely am aware of the benefits in getting away from the familiar and having unique experiences. Maybe the reluctance comes from in how video games let you go to places, both real and fictional, without actually having to deal with the time between points A and B. I even tend to play portable games from my usual haunts like work or my favorite recliner. That’s what makes this week special as I partake in out-of-town professional training for my new job. Whether or not you tip your maid, this Radio Waves is from a hotel room! 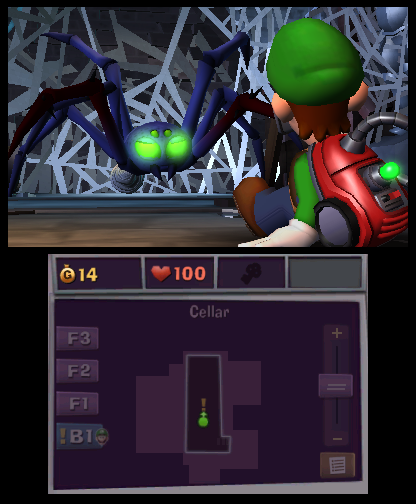 Vacuums are normally on a spider’s worst enemy list. 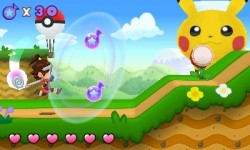 If I was staying with family or friends for an extended period of time, I’d consider bringing an Xbox 360 or PS3 with me to not delay progress in any games I’m playing at the time. Staying in a hotel however, I’m a little too paranoid to pack that kind of equipment. This is the time for my 3DS to shine and, so far, I am not disappointed.

I snagged the  eShop title HarmoKnight in preparation for any game craving. The latest offering from Game Freak, developers of Pokemon, this rhythm game brings a calm and quirky warmth to my evenings after a day of learnin’. I’ve also got Luigi’s Mansion: Dark Moon loaded up and, as a fan of the GameCube original, it’s been an absolute blast. Divided up into missions, it’s perfect for quick sessions before light’s out. With a handful of other titles available to me (like Fire Emblem: Awakening and Crashmo), the 3DS has made for a great console substitute when being at home just isn’t an option. 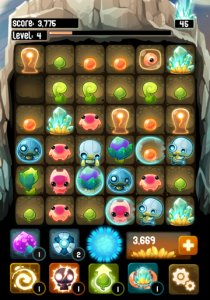 Those robots can rust in app hell.

I’ve talked at great lengths about my increasingly alarming relationship with my iPhone. It’s with me all the time and half of that time involves me playing some sort of game. No surprise that it (or any smartphone) makes the ideal travel partner for the gamer who just can’t go without. A new addition to my fluctuating iOS library is Super Stickman Golf 2, a more interesting take on the tired-and-true art of getting a ball into a hole. After sinking hours into building towers and managing airports, Nimblebit has a new title out to distract me called Nimble Quest. Think of it as the game of Snake but with fantasy tropes and light role-playing elements. Sold (because it’s free)! Last, but not least, is Alien Hive, a challenging take on the match-3 puzzler. The goal isn’t about clearing the board, but managing a limited number of turns while trying to evolve aliens into their more badass forms. I’m really getting the hang of it and might soon begin squashing extraterrestrial objects together in my everyday life.

Stepping away from the consoles and into the world outside your couch is still a very game-friendly place thanks to all the gadgets one can cram into pockets and travel bags. That’s not even including all the games installed on my laptop. BioShock Infinite ain’t gonna play itself.