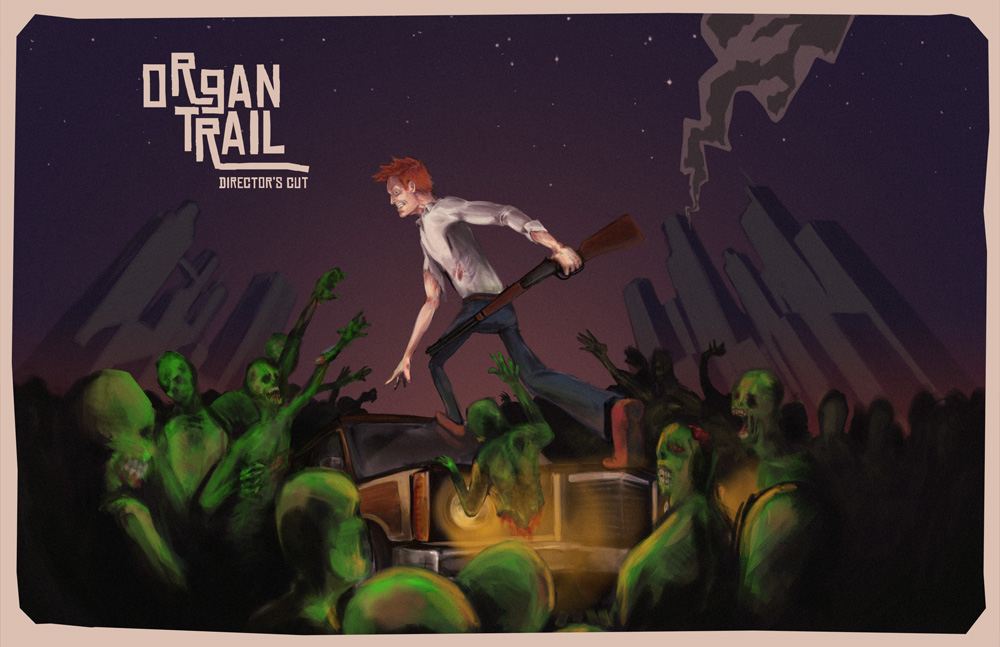 When I was given the option to choose the crew that’d be accompanying me on my trip through Organ Trail: Director’s Cut, it was only natural that I’d bring along the bros from Horrible Night. Most of them seem to have cool, travel worthy skills and besides that, we could talk about video games on our trip from Washington DC to the west coast. While we ended up making it safely (with everyone still alive), I discovered very quickly that my survival mates were capable of sabotaging the trip as well as any bandit or zombie ever could.

Organ Trail DC is essentially like the Oregon Trail we all played on school computers when we were kids. It’s a simulation of what a trip cross-country would be like should you and your closest friends be escaping the undead hordes, though it is a deeper and more refined experience than the aforementioned pioneer game. There are vehicle and combat upgrades, contemporary supplies and some hilarious yet very random scenarios that pop along your journey to a safe haven on the west coast. 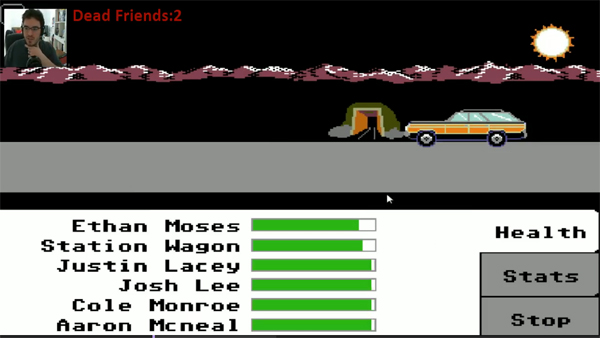 My heart was in the right place, my brain was not.

As I mentioned above, my journey was entertaining yet frustrating due to the company I kept. Aaron McNeal and Josh Lee were the main culprits of this as they both consistently farted in the car or made annoying noises (no, I’m not making that up, those are actual statuses in the game). To make matters worse, Josh tended to catch diseases quite regularly and ate up quite a bit of food during rest times, while Aaron decided that the best defense against zombies was to throw our precious supply of batteries at the undead as opposed to just shooting them with the gun. While I don’t believe their intent was to make the journey more difficult, they  forced us to stretch resources and waste  time while making our way to the coast.

Cole and the Justin weren’t much better as Justin broke bones every few miles and Cole was a magnet for stray bullets. Justin also had a bad habit of losing money in the seat cushions of our station wagon and screwing around with bullets, thus losing them in the process. I think he was holding supplies back so he could split from the group, but unfortunately for him, the opportunity never came up.

It’s a good thing all of those guys are good at their full time occupations because frankly speaking, avoid them at all costs should you land in a zombie themed scenario. Those guys better find me some sweet gifts as I dragged them through the muck and guts of a world gone mad and kept them mostly intact.

Enjoy my playthrough from earlier today! (Excuse the audio balance issues as something was amiss with my settings)

The Men Who Wear Hats