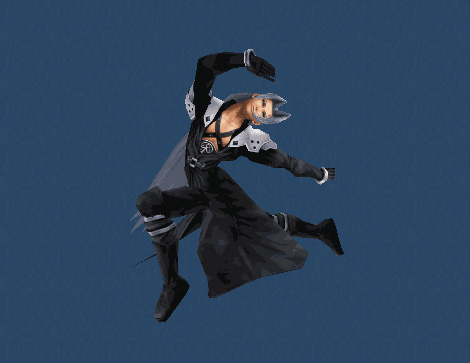 The game industry’s Spring flavored double gut punch landed its second blow this week as GDC floated all kinds of interesting backstories that wanna-be flies on the wall like me can’t get enough of. I don’t know about you, but I could listen to the stories about alternative versions of Dante, how bunnies were almost in X-COM, and Unreal 3 coming to Firefox all day. At least as long as I never have to sit through an explanation of a Metal Gear Solid trailer.

I am honestly worn out from such an intense week of spoiler dodging with so much tv ending/starting on top of the biggest game release of the year so far. I may have debated on quarantining myself until I finished BioShock Infinite just to be safe, but so far so good. My game crew has been diving into all corners of Columbia, and from all accounts, each person seems to be more immersed than the next. I also realized that while spoiler avoidance can get intense, I almost prefer it to being the first person to finish a major game with no one to talk to because I won’t be able to shut up about this game the second I’m done with it. I just hope Josh hasn’t chewed off his tongue by that point.

Go back to your grave!

Surprisingly, as much as I love BI, I’m not always in the mood for it. So when I wasn’t fighting off racists or continuing my growing addiction to PlanetSide 2, I did a bit of caving. First, I managed to get further into Cave Story+ than I ever had before. Now, I had heard things about Cave Story as the first great indie title that all indie titles are measured against, but it had never hooked me. This time though, I discovered that all of your weapons (not just the starting gun, like I thought) can upgrade as you collect experience drops from enemies. Suddenly, the game got a bit easier with my maxed out missile launcher and that mutant bunny never stood a chance. There’s an Easter joke in their somewhere.

I also put a serious effort into understanding the basics of Terraria. Funny how it’s console release finally pushed me into playing on the PC. It’s also funny how every other “beginner’s guide” defines “the basics of Terraria” different than I do. Every one reworded the same basic directions on how to progress to through the game, but no one could tell me how to turn my chair around or break the table that my absent-minded clicking had placed in such a manner that the feng shui of my cabin was completely destroyed. Now do you understand why these games stress me out? Don’t worry, I found a giant hammer and got back to happily digging my giant hole in search of shinies eventually.