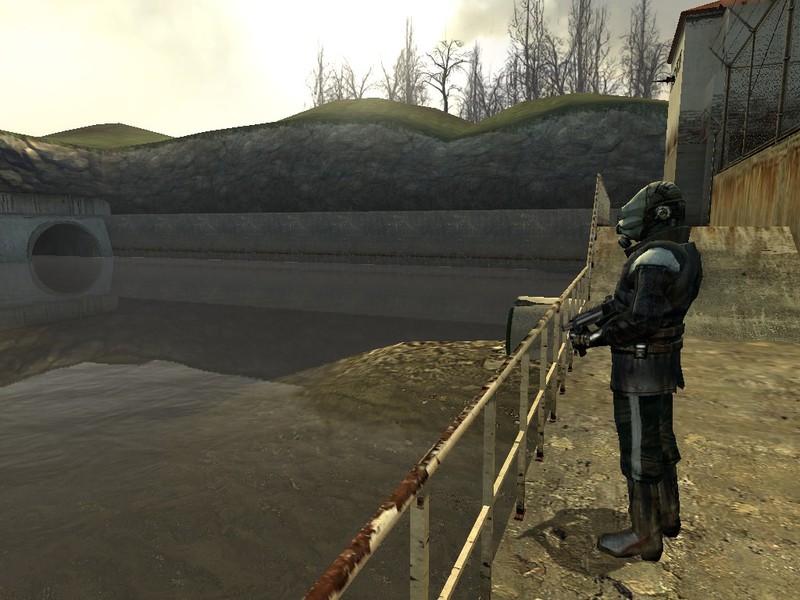 Two of my favorite phrases that I have overused over the years when looking back on Half-Life 2 are, “Boy, that Ravenholm sure was creepy wasn’t it?” and, “How about those Striders? Man.” Those prompts got me through a lot of conversations about the game because anyone I was around just took over after that point. I could just politely nod my head, laugh at the appropriate times, and tune out of his/her story in time to save myself from spoilers with no one the wiser. The truth is though, I’ve never finished Half-Life 2 and I’m not sure I ever will. 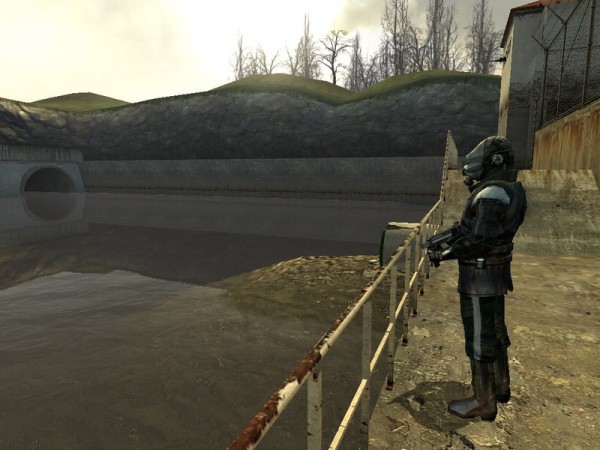 Caught him in a moment of reflection, too.

Don’t get me wrong, I was just as excited as everyone else for the launch of Half-Life 2. In fact, I remember chatting with friends of mine as we awaited the game to unlock as it was my first ever pre-load of a game prior to a digital release. Hell, it may have been the first time I ever used Steam, or at least what got me to take the service seriously.

I even remember blowing through the first few chapters of the game and getting all the way to Ravenholm before having to take a break somewhere around sunrise. However, my lack of enthusiasm wasn’t my roadblock initially. Within the first few days of getting Half-Life 2, I was moving around a lot right after graduation and my computer completely crashed when I was setting up at my new place. This wiped away my save for the first time. (No cloud saves in 2004, kiddos.)

If I had to guess, I have probably started and stopped playing Half-Life 2 no less than 10 times. Those first two or three attempts taking place during the first year of the game’s release. The farthest I ever got was the where you see the Striders in-game for the very first time. I remember getting killed by one almost immediately. This was after a long play session and I took a break with all intentions of coming back to the game.

I had multiple hard drives crashes in that short time period, which eventually led me to getting an entirely new computer which meant I had to start over from the beginning of the game once again. After many false starts, I just lost my motivation to push through Half-Life 2 even though the game’s legacy grew around me. 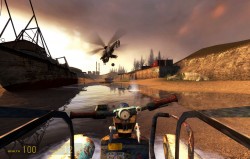 Not the mount I was looking for.

The other key factor in my life in 2004 was the release of a small game by the name of World of Warcraft. In short, I was addicted for 2 years. For most of 2005 it was just about the ony game I played. The other nice factor with WoW was that my hard drive issues didn’t matter. My progress was saved on Blizzard’s server, and it spoiled me. This also contributed to my waning interest to maintain my computer all together as it ran WoW “well enough” and thus began my slide into being a console-first gamer for the next 6 years.

There just wasn’t much time or motivation to help out “the Free Man.” That isn’t to say that Half-Life 2 or PC gaming vanished from my gaming interests. I loved the fact that I could still go back and play Half-Life 2 and earlier games to play them at high resolutions with more graphical detail than when I originally played them. I probably went back to Half-Life 2 once a year, although, most attempts were just to satisfy my nostalgia or in reaction to Episode One and Two getting released. Try as a might, I almost always stopped playing after Ravenholm as that is my favorite part of the game to date and the experience I crave when I think of Half-Life 2.

I feel even more guilty about my failure to the series when you take into account that I didn’t finish the original Half-Life until right before the release of Half-Life 2 due to some id and Unreal biases I had at the time. I don’t defend them, but they were a natural part of my gaming interests at that age.

Then, there’s the Half-Life 2 episodes. While I’ve heard both are excellent and as immersive as Half-Life as ever been, I can’t help but ask, “What is the payoff?” All I see anymore are frustrated Half-Life fans, the champions have gone quiet.

As the industry continues to wait for an official confirmation of Half-Life 3 (or even an Episode Three), Half-Life 2 randomly shows back up under the microscope. It used to be almost impossible for criticism of the game to hold any weight, but there’s at least a small contingent of gaming afficiandos out there that have began to question it’s “perfection.” I have to admit that their doubts do creep in my head when I debate going back to play through the game as we’ve hit a point where I can ask with some validity, “Does Half-Life 2 hold up in 2013 for someone who has never played it?” Those physics puzzles sure were novel in a time when the Portal games didn’t exist yet. 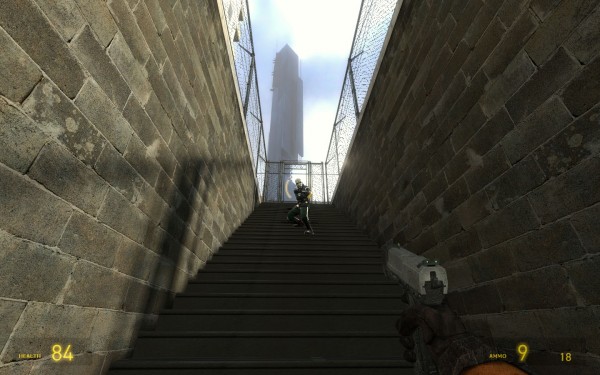 Can’t you just let me through? I’ve been here before I swear.

This introspection leaves me with one question, “Should I play through Half-Life 2 any time soon or is it better for me to leave its legacy a mystery?” Part of me knows that I will attempt to sprint through Half-Life 2 and its episodes once Valve confirms the next step in the franchise or it is about to be released (assuming that happens) unless I hold strong with a reason not to do so. But who likes playing a game as fast as possible just to play the sequel? In my experience it diminishes both games, so it seems like my window is closing if I want to experience Half-Life 2 on its own and of my own will.

Maybe I’ve experienced the best moments Half-Life 2 and the franchise has to offer. It is hard to tell from my position today. Coming clean though, at least gives me a chance to approach my next game session with it with a fresh perspective. Should I brave the ant lions one more time or leave the dune buggy in its crate? WWGFD?