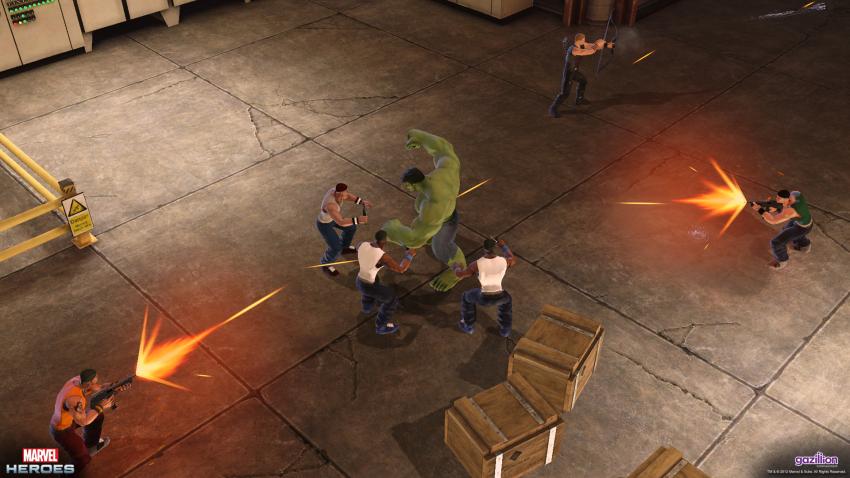 There’s really nothing to be angry about. You should be happy, actually.

Fans of clicking on enemies until they explode had a pretty damn good 2012. The thing about it though, is even if the quality of releases were better than ever, the flavors aren’t too varied. Take what you love about your favorite fantasy-based dungeon crawling experience and throw that into the Marvel Universe. Still interested? Then you are right where I am and can’t wait to try out Marvel Heroes.

Marvel Heroes will feature all of your favorite (and probably some of your least favorite) characters plus loot, randomly generated environments, an MMO overworld, and solo and group gameplay.

The game is free-to-play and you can unlock all of the characters by playing the game. Of course, if you want the game a little early or want to purchase characters, Gazillion Entertainment and Marvel are happy to let you do that through its Founders Program. Oh yeah, Marvel Heroes officially has a release date, too, of June 4th on PC.