I found myself in a tough position when the reviews of Castlevania: Harmony of Despair showed up touting the game as mediocre at best. My position got even tougher when I found myself in the rare situation of disagreeing with the opinions of Jeff Gerstmann of Giant Bomb. He is one of the editors I respect most in the industry but I disagree with his review. The majority is against me here, so I’ve taken a fresh look a the game but still feel it is not getting a fair shake. The game isn’t great by any means, but it is a unique multiplayer experience that is worth playing and it is something Castlevania fans will enjoy. It is time that I make a stand for my favorite franchise and set down the proper expectations for this new type of Castlevania. 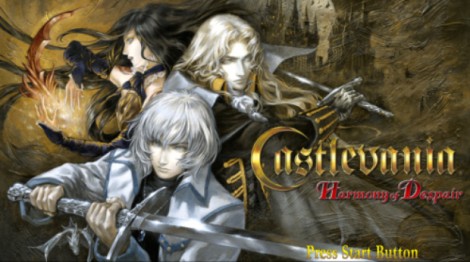 When I first heard that a new Castlevania was coming to XBLA, the fanboy in me wet himself in anticipation. Could it be that we were getting our 2D console successor to Symphony of the Night? Then, we found out the game was going to focus on being a multiplayer experience. Right then and there, we knew this game was going to be an experiment for Konami. Here we have one of gaming’s oldest and most loved franchises going in new directions yet again. This time we have the first multiplayer version of a Castlevania game (Judgment doesn’t count), and it’s a $15 downloadable title. That’s a lot of new ground for an old franchise. These days everyone has their own idea of what a Castlevania game should be, and what a $15 multiplayer game should be.

Regardless of what other franchises are doing, the pricing structure has been set for the Castlevania series for a while now. The great DS games run about $30 and the new 3D adventure is going to be priced as a full console game at $60, so what should a $15 Castlevania adventure give us. My bar with $15 downloadable console games is that one or two game features need to be fully fleshed out, and I’ll give you some cut corners on everything else if the game is still fun. The problem is, Castlevania HD gives an awful first impression. The menu is horrendous, the loading screen is laughable, and the whole “5 available characters for a 6 player game” comes across as a big gaffe. There is no story, no setup, no real explanation of what is going on when you start a level. You see a timer and a target. Go! On top of that, this zoomed out view is confusing and its hard to find your character.

What the hell is going on here?

Breathe a second, zoom in, and start playing. Ah, there’s that familiar Castlevania feeling. Choose to play as Alucard or Jonathan Morris (the only character with a whip) and the gameplay feels even more at home. Before you clear the first room full of zombies, you may also notice that you are absolutely rocking out to the kick ass goth metal symphony soundtrack. Soon enough you are traversing the castle, struggling with Axe Guards, trying to time jumps onto pendulums, and getting annoyed by the slow moving ghosts that are stalking you.

Now for something new

You start to feel a sense of urgency in your exploration. There’s a timer that you can’t even stop with your pause button. You can only manage your equipment at specific locations on the map, and you really aren’t doing much damage to these annoying skeletons. There is a treasure chest at the end of this hall though, and it may give you new equipment or at least something you can sell in the store in order to buy something even better. That damned boss keeps shooting an energy beam at you from his corner of the castle, he’s going to have to be dealt with. He’s not to far away. Take the fight to him even though there’s 20 minutes left to explore and plenty of unopened treasure chests. He’s a chump, until he gets so pissed off that he breaks the floor below him and you both fall down through the entire tower. Dammit. All of those enemies you hastily left alive on those floors below, are now ganging up on you along with the boss. Welcome to Castlevania HD, the Castlevania game that you don’t rush through by yourself.

It is time to find some friends. Gathering or finding a team may be a bit frustrating, but when you find a solid crew, you will be ready to tackle the 6 chapters of Castlevania HD from all corners. Opening shortcuts, helping each other to hard to reach treasures, and grinding your way towards the best gear in order to take down Dracula is your team’s ultimate goal. There are leaderboards and multiple chapters to explore along your way. This is what Castlevania HD is, nothing more, nothing less. Multiplayer exploration in short focused play sessions, where you build up your character’s gear and hone your team’s strategy in order to destroy the boss as effectively as possible to top your previous run all to the tone of tried-and-true Castlevania gameplay. 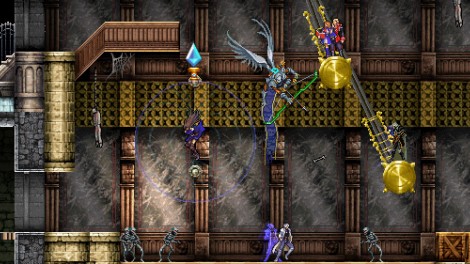 Now, this is fun.

It is what it is and it isn’t for everyone

Castlevania HD appears to be taking the brunt of criticism for three things completely out of its control.

These arguments may come across as excuses in the end, but I just hate to see a game judged on what it isn’t instead of what it is. My original hopes for this game when it was announced were extremely high. However, they were quickly brought back to reality when I started to view the game as yet another Konami experiment with the franchise. It’s unfortunate it isn’t what we all wanted it to be, but everyone needs to see through those promises that were never made. Suck it up and go play alongside some Castlevania fans to take on evil as a team for the first time, and before you know it, you’ll lose track of how many times you went back to do it all over again.

5 Comments → It Doesn’t Matter: Castlevania: Harmony of Despair is a Multiplayer Castlevania Game