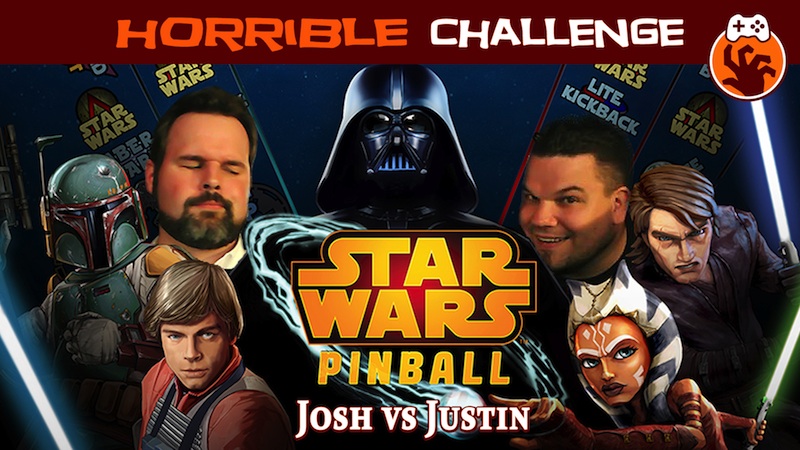 Josh Lee and Justin Lacey square off for digital pinball glory on The Empire Strikes Back table from Star Wars Pinball. First to 10,000,000 wins. It’s funny how slow some of the million points can go and how fast they can go when it counts.

For more game challenges and video content from Horrible Night:

To anyone who has endured the rise of my interest in digital pinball, this Horrible Challenge was inevitable. Not only is Josh responsible for making me give the genre a second chance, but he also hates it when I beat his high scores in anything.

Once Star Wars Pinball was released, we both immediately took to The Empire Strikes Back table. Once our (mostly) professional critique of this excellent packages tables was out of the way, it was time to finally try out Pinball FX2’s head-to-head multiplayer mode.

Pinball is chaotic on its own, but trying to focus on a table that you are still learning while someone else is playing the same thing with the same lights and noises next to you is pretty distracting. Actually, it’s like playing it in an actual arcade, so you could argue that it is more authentic. The rules were pretty straightforward with the 10 million point goal and point penalties for each lost ball.

Going into the match I felt pretty confident that I would win as Josh had not been playing well in our practice rounds. My plan was to just keep the ball alive for as long as possible and not worry too much about combos or table missions. The plan was pretty sound as I enjoyed a comfortable lead through the ending, or so I thought.