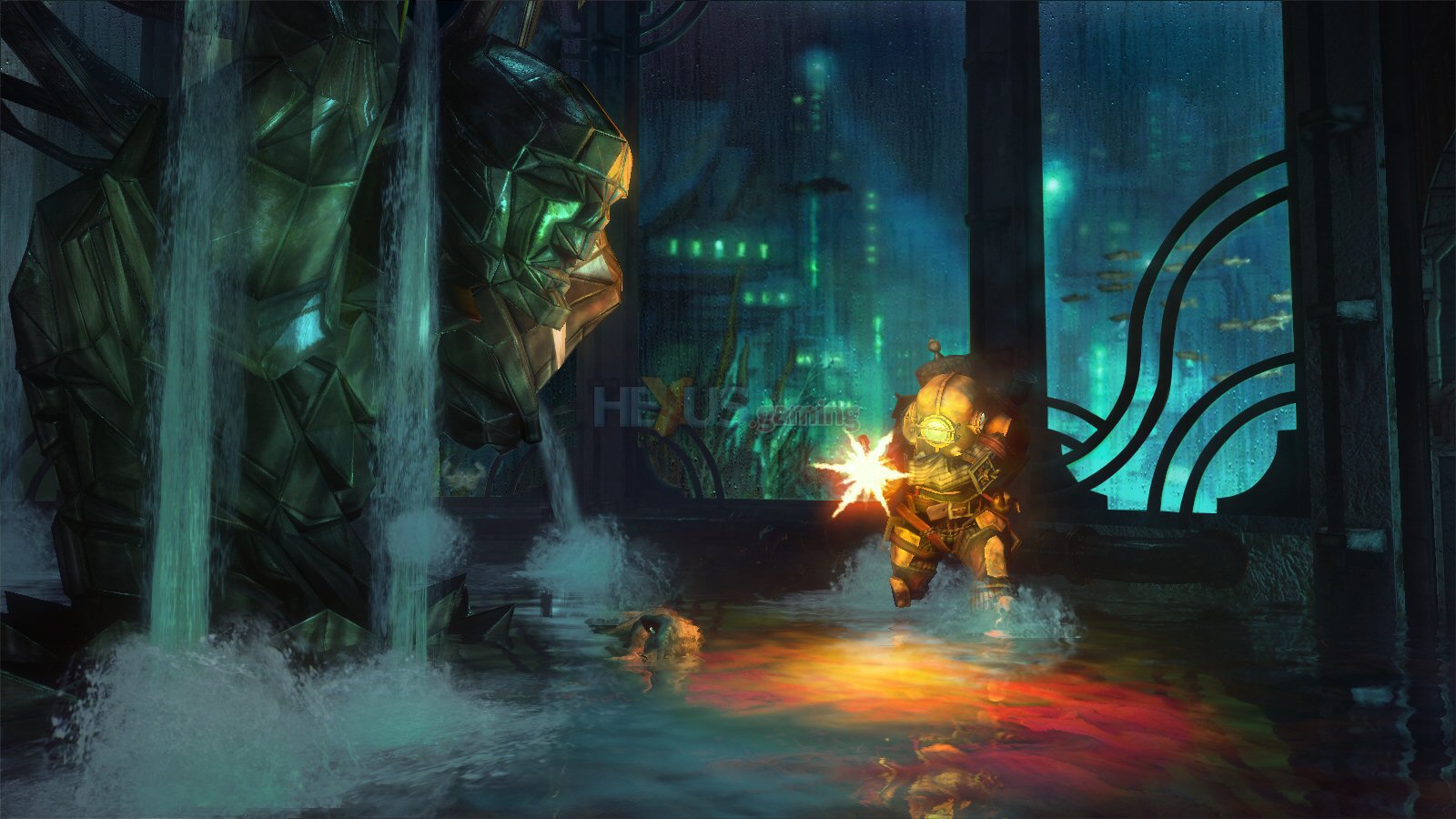 Back in 2007, I was surprised by a journey I took under the sea to a place called Rapture. It was majestic, yet dreary. Foreign, yet familiar. Wet. Very, very wet. The highest honor I can bestow upon Rapture is that I’ll never forget it. It’s not rare for video games (or anything, really) to root themselves deeply in a person’s mind and essentially live forever. Bioshock was less a game for me than it was an experience, getting pulled into its curious waves and just letting myself get swept away by its narrative and design. With its next sequel releasing in mere days, I choose to utilize Radio Waves to reflect back on one of the more defining moments in my transition to becoming the adult gamer that I am now. Would you kindly join me? 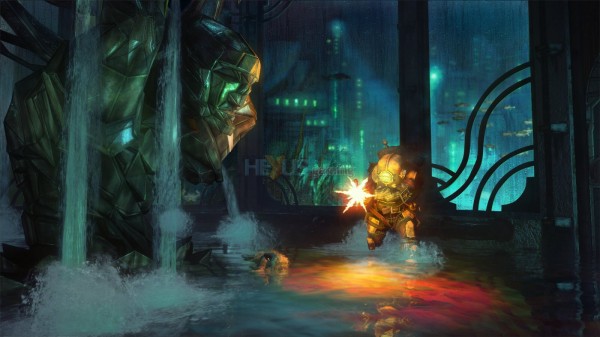 Rapture was breathtaking, structural integrity notwithstanding.

Being a college student at the time, I learned to create a delicate balancing act between classes, a job, gaming and maintaining a social life. When I gamed, it was mostly at night or on the weekends just to decompress from the stresses of zipping around campus. I wanted to save the world, create chaos and blow things up like I had for several years before. Things were different though as I was of age to buy mature-rated games on my own, usually of the Grand Theft Auto variety. Violence, sex and general debauchery reserved for those who like fart noises but have an obligation to vote in elections.

BioShock was an oddity to me at the time, even though it seems like it shouldn’t have been. It was more atmospheric than a lot of games I’d usually play, my eyes darting around the screen just to take everything in. It was like learning to read a novel in video game form for the first time. On the surface, it’s a first person shooter not unlike the rest of them. Equip guns and powers, find ammo, shoot bad things. However, there was more to this sea story than the villains being Nazis or demons or the protagonist being your everyday Superman. As the game twisted and turned, so did I. I wasn’t playing solely because I wanted a new weapon or more enemies to dispatch. I wanted to know what was even going on. What was Rapture? Who are these people leaving there? Who am I? The first time meeting the infamous Andrew Ryan is something I can’t ever forget. While BioShock wasn’t the first game to tell a captivating story, it was maybe one of the most important ones to change how I played them. 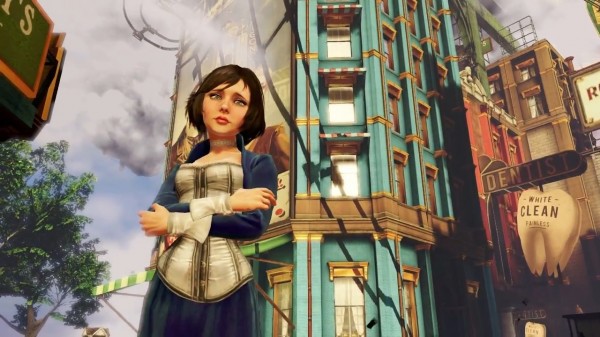 Looks like another beautiful partly cloudy day in Columbia.

Cut to nearly six years later and BioShock Infinite is looming in the distance. This time taking place in the clouds, I’m already getting mild deja vu of myself in 2007. I’m more aware of what to expect from Ken Levine and the team at Irrational, yet I’m still like an excited child in the dark of it all. The floating city of Columbia, like Rapture, is bound to be its own character worth getting to know and understand. Why does it exist and why is it in the clouds? Yet the most intriguing element of it all this time is the player’s accompaniment of Elizabeth, a young woman and citizen of the airborne vista. While BioShock was mostly a lonely trek in terms of companionship, Infinite partnering players up can lead to a refreshing and less isolated perspective of an unfamiliar place differing from the tense isolation of the past while being no less mysterious.

It’s hard to believe the day is almost here. Infinite might be the third game with the BioShock name, but the return trip to Rapture just didn’t haunt me as much as the initial trip. I’m hoping lightning can strike twice, but even if it doesn’t fully hit the mark, I will always appreciate the transformation I’ve made in the way I approach and appreciate video games today.

Tiny Tycoons (iOS) – This app utilizes Foursquare to create a game representation of basically the planet in the player’s money-grubbing quest to work for and eventually own real world businesses. My plan already is to virtually own the place where I work. Job-ception.