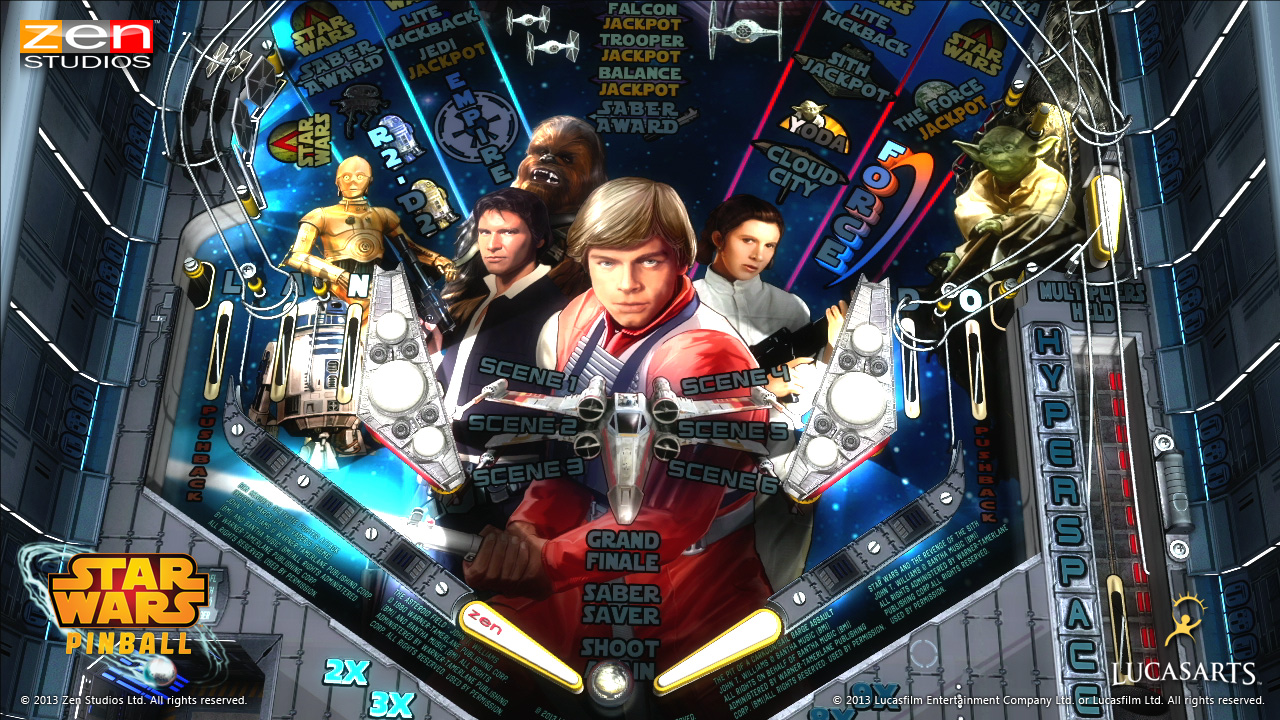 Zen Studios is on a tear as of late. The reigning kings of virtual pinball are following up their run of quality Marvel tables with a planned 10 tables of Star Wars Pinball themed goodness. Josh and Justin, resident Horrible Night pinball apprentices, take the first three tables for a spin in this episode of Game Curious. May the balls be with you.

Fittingly, Empire is the best.

I’ve come along way in my digital pinball journey. Most of it is due in part to Josh Lee’s excitement level over pinball in general, but more so to Zen Studios and its solid pinball platforms across every video game device imaginable. No matter where you go or what you have, you have the option of playing digital pinball.

With no excuse not to try it out, all it took was a breakthrough set of tables to get my attention. Zen accomplished that with the Avengers Chronicles tables and now with Star Wars Pinball, Zen Studios has the opportunity to hold my attention. Star Wars Pinball offers up 3 of the best tables available on Pinball FX2/Zen Pinball regardless of your interest in Star Wars. The Empire Strikes Back and the Boba Fett table are the standouts for me while The Clone Wars table has steeper challenge level that will keep me coming back.

These are just the first 3 of 10 total tables coming to Star Wars Pinball, but unless Star Wars just makes you sick at this point, pinball fans and Star Wars fans have plenty to love here. I also believe that these make for great entry level tables for people wanting to try digital pinball for the first time or at least the first time in a while. I found the nostalgic sound effects and call backs to movie moments as a great way to start to understand the mission structures of each table as these tables have plenty of standout scenes. You can enjoy Star Wars Pinball on the surface level and before you know it, it’s opened you up to want to play even more pinball. I have a feeling that’s exactly what Zen was going for and it nailed it.

Star Wars Pinball was released on Feb 27th, 2013 and is available for almost every platform imaginable including Xbox 360, PS3, PC, iOS, and Android.

1 Comment → Star Wars Pinball Game Curious Video: The Balls You Are Looking For