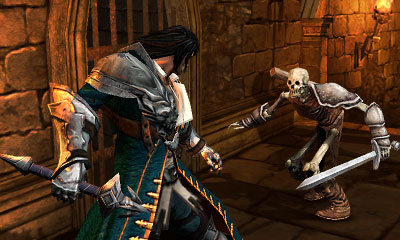 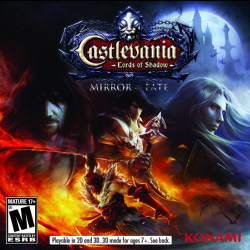 Fans and newcomers that are looking for a gothic adventure will be quite happy with the aesthetics of Mirror of Fate. Not only that, but unlike its big brother that sprawled out to various locations and took a while to find anything resembling Dracula’s titular homestead, this demo drops you right into a castle as Trevor Belmont. It’s the little things that make you feel at home while taking down evil.

The feeling of the combat is ultimately what separates Lords of Shadow from other Castlevania experiences. From the moment the first skeleton did not go down from one single crack of my whip, I knew Mirror of Fate was not trying to be the same old Castlevania game. Combat in Mirror of Fate is much more deliberate, that is to say, I died a handful of times because I wasn’t paying attention or trying to play defense. Dodging and blocking are much more important even with fodder enemies as you’ll need to look for your opening and time your combos in order to be escape unscathed. You don’t want to get caught in an elaborate animation sequence because your enemies will not be impressed, at least until you expertly put them away with a satisfying finishing move. 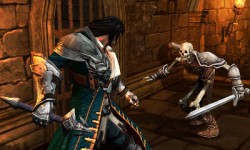 I don’t think you understand how easy skeleton warriors are supposed to go down.

When the action calmed down, it was time to search through the castle. Being a polygonal adventure rather than a pixel driven one, it takes a bit of time to adjust to Trevor’s jumping style, but I had no real issue with the platforming after a few trials. The combat cross is back as well as its multiple functions as a whip and a grappling device for climbing and swinging. While it remains to be seen just how linear this castle will be, the castle itself contained slightly varied environments, and the map teased a much larger experience with plenty of ability upgrades. The demo has a nice balance between exploration and combat sequences so my hope for plenty of shadowy corners containing upgrades that open more shadowy corners remains intact so far.