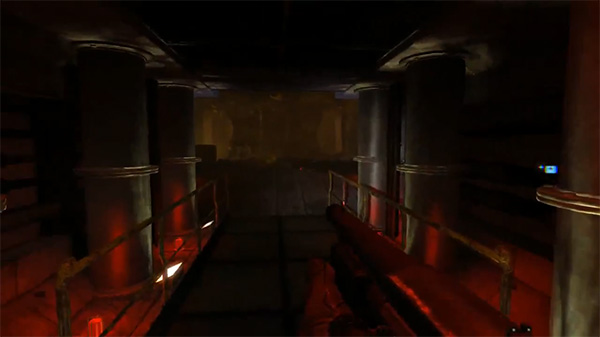 The lesson of the week is quite simple: while we may consider ourselves video game bad asses, we have no business going at it alone, no matter what “it” is. We do not possess the simple survival skills to understand our environment which results in a lot of confusion, screaming, and often, player death that could have been avoided. Thankfully the only people really hurt by this are our game characters and their families.

We’ve been having a damn good time livestreaming more of our gaming sessions lately and interacting with those of you have made it into chat or joined in the game itself. If you haven’t been able to make it or even if you have, we’ve started posting highlight videos (depending on your perspective) multiple times a week. Subscribe to see reality crush our gaming skills time and time again and let us know if we found your favorite moment. Your suggestion could be our next clip or maybe even feature some of your own skills.

La-Mulana – We didn’t write this down for our health

Justin has been curious about La-Mulana ever since he and Josh visited the ruins during a Game Curious episode last year, especially since they barely knew how to play the game at the time. La-Mulana is well known for its difficulty level and its lack of hand-holding for the player, so it’s really easy to get lost. However, there are times when the game speaks clearly to the player and there are times when I am too dense to realize it. I have no one to blame but myself. Sorry, Dr. Jones lookalike.

I don’t care what the game is, when you lose your bros and are being chased, even the bravest can lose their nerve. While I wouldn’t qualify Josh as the bravest of anything, I do appreciate him losing himself enough in Aliens: Colonial Marines to genuinely yelp in fear and surprised when a xenomorph corners him out of the blue. I may never go back to the game again, and I caution those that are considering it to look to other games, but at least we got this complete breakdown of masculinity out of it.

When we aren’t playing games, we are talking about games, a lot, like for hours at a time on a podcast. This week saw the debut of our first podcast teaser video where Ethan tries to issue a verbal hug to all of the indie game developers. This was followed up by a strange descent into our fears about Jonathan Blow. While this won’t be a recurring featured video on our Night Moves posts, be on the look out for podcasts teasers and highlights before each new show is posted every Wednesday.

Left 4 Dead 2 – So the tanks are invisible now

Ethan’s attempt to create a special Celebrity Left 4 Dead 2 livestream resulted in a menagerie of mods being applied to game. This also resulted in confusing him a bit as to what exactly the enemies were going to look like, or in the case of the invisible tanks, not look like at all. Thankfully, Ethan managed to escape while leaving his teammates to do the hard work. I hope he made it up to them later.

Dead Space 3 – Songs of the necromorph

I play Dead Space for the atmosphere and Visceral Games has provided some of the best and most terrifying sound design I have ever experienced. I was happy to discover that the exploder necromorphs and their shriek that makes my entire spine cringe returned for Dead Space 3. Usually exploders show up at the worst times, but always in small numbers. However, their noises become even more disorienting when they team up, turning the terror into a hilarious chorus of screaming and gargling.