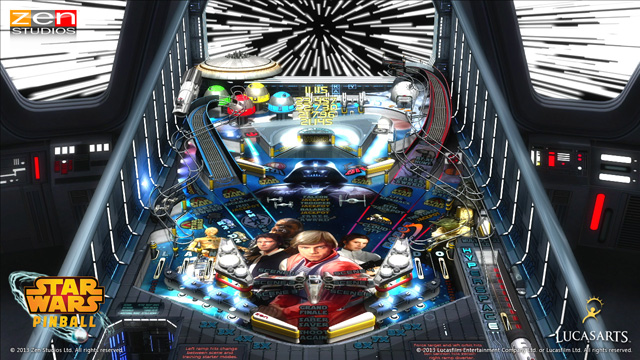 Zen Studios broke through in a big way with us last year, even taking home a Grimmy in the process. I had written off digital pinball, but it’s is hard to argue with quality table designs in any form. Next week though, digital pinball is set to get an even wider audience to pay attention. Zen Studios is releasing Star Wars Pinball tables across a variety of platforms.

The first pack of Star Wars Pinball tables for The Empire Strikes Back, Boba Fett, and The Clone Wars. There will be 10 Star Wars tables in total released this year with each one featuring “a different iconic moment from the Star Wars universe, with interactive 3D characters, and unique gameplay.”

Here’s when/where you can pick up the first pack

Star Wars Pinball will also be available as standalone apps on iOS and Android for those not looking to expand into the Zen Pinball platform.