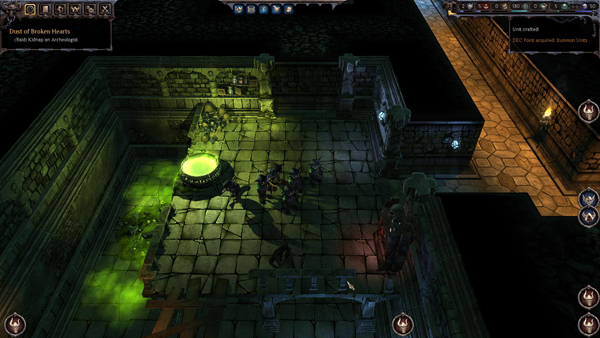 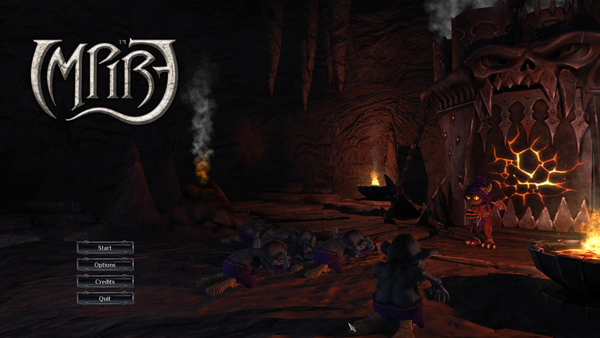 Despite the fact that I tend to play the good guy in most of my video game outings, I really like the prospects of running my own dungeon. Because dungeons tend to be the domain of bad guys, my moral code has to be temporarily deactivated in order for me to play games that involve the aforementioned trap and monster infested hell holes. This is not an easy task for me due to the fact that justice is deeply rooted into my core. After being disappointed with Dungeons last year and attempting Impire in recent times, I’m beginning to wonder if the taxing alteration of my affiliation is even worth it?

My least favorite character of the year so far.

At this point in time I’ve only put about 6 hours into Impire, which means that I’m not comfortable with putting a score to the title yet. For all I know, the game could open up and be really fun after hour 7 or so, but the fact that I’ve struggled to jump back into Impire after playing for that long is a testament to the utter lack of engaging opportunities this game offers.

Impire tells the tale of a butt-hurt sorcerer who decides to conjure the great Báal-Abaddon into the mortal world in order to enact his revenge on the people that caused the previously mentioned butt-hurtness. He screws up and Báal ends up inhabiting the body of a less than impressive imp, thus forcing him to follow the sorcerer’s directions and eventually grow back to levels of power that are more inline with what a demon lord should posses. The story itself isn’t very entertaining, but story doesn’t really matter with these kind of games right? Unfortunately, the lame humor actually stands out as a notable feature.

Ain’t Nobody Humping Around

I’ve talked about overcoming the “hump” of a game, (the process of forcing yourself through the often times dull tutorial/intro missions to get to the juicy bits) but I’m fairly certain that Impire suffers from more than a mere extended hump phase. What looks to be a dungeon management style game quickly devolves into a bare bones real time strategy that involves little to no strategy at all. Sure, you can place different rooms around your dungeon and there are traps (I’ll get to that soon), but the focus falls on the “development” of your demonic army as opposed to the clever layout of your labyrinth. 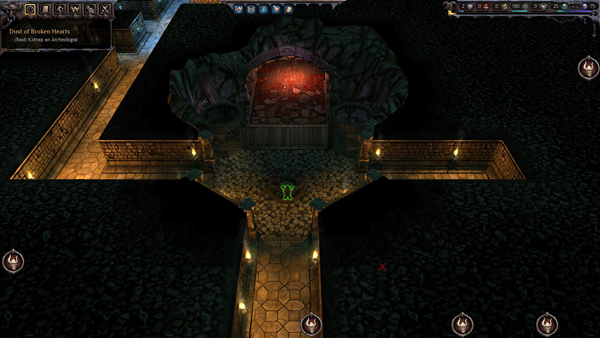 Essentially, every level amounts to building specialized rooms, training monsters, leveling those monsters up and then sending them out to complete quest objectives such as kill all the enemies in another part of the dungeon or flip a switch, enter a room and THEN kill all of the enemies in the room that was previously inaccessible. Navigation is relatively painless as you can teleport your four person squads (up to five total) anywhere on the map that you’ve previously visited, though you’ll eventually realize you were given this ability because of the fact that you can’t rely on anything for protection outside of your beefed up squads.

You can also send the monsters above ground to raid and pillage the surface world, a feature I personally was really excited about. Turns out, the raid involves picking a static location on an over world map, picking a squad to venture towards that spot and then waiting on them to return with loot. In gaming, a raid is supposed to be the exciting part of the game but Impire has managed to wash away any of the excitement that should come with it.

I’ve Had Enough of Your Grinding

Eventually, the game turns into a grind of sorts, where the novelty of building your dungeon (within the restraints of the level and available rooms) and creating groups of monsters (all of which fit into the usual RPG character tropes such as tank, healer, etc) quickly wears off once you realize that every level plays out almost exactly the same. I felt like I was checking off a to-do list rather than actually having fun. I don’t know about you, but fun is pretty important to me during my game time.

Imps were never my cup of tea.

Human heroes will show up from time to time, which ends up being more annoying than intriguing. They start out by coming through the front entrance of your dungeon and are pretty easily dispatched, but after a while they start to lower ladders into random parts of your lair. The ladders can be destroyed if you make it in time and the heroes never feel like much of a threat (as long as you have the proper monsters, that is) but it’s frustrating to have all your forces in another part of the dungeon and then have to teleport them back to your facilities because your defensive measures absolutely suck!

Seriously, I have never been more disappointed at the implementation of traps in a game. The fact that you don’t even have access to them until a couple missions in is one thing, but the number limit on traps and their inability to thwart heroes makes it very evident that Impire is ok with being little more than a bland RTS. Again, perhaps the game opens up in later missions, but if planning a dungeon isn’t fun after 6 hours, is it really worth the investment?

Impire isn’t a bad game per say, just not one I think is worth the time or the potential disappointment. Building your own dungeon should be an exercise in creativity, but Impire does its best to make it a bland and restrictive process that overstays its welcome. If you want traps, play Orcs Must Die! 2 and if you want to build to build a dungeon then dig a hole in your backyard.