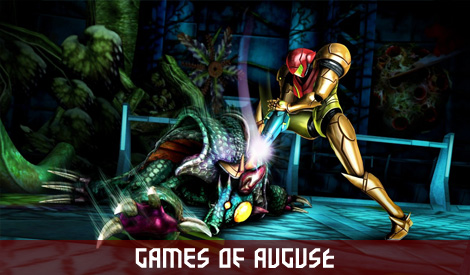 August may be light on the major console releases, aside from Madden, but the downloadable titles are looking strong. This month always signifies the upcoming flood of games for the holiday season, so choose wisely this month as more games are coming soon. Here’s what to be on the look out for during the Month of Madden:

Some people see Madden and it’s their game of the year every year. Some people see Madden and run away from the gamer jocks. Most of us see Madden and see the games we’ve been waiting for, just behind it. Madden is here. Football is here. And Fall is just around the corner. EA does their yearly title update and decided to focus this year on making the game more accessible and easier to play. They incorporated a new GameFlow AI assisted game management which will make play selection a lot easier for the rest of us. Check out Cole’s impressions of the demo for more of our take on Madden NFL 11.

Metroid Prime took Metroid into a new dimension, Metroid: Other M looks to take the series to all dimensions. With a mix of first-person shooting along with fixed camera angles that mix up 2D and 3D gameplay, Metroid has definitely never looked like this. It may not look or play like any Metroid you’ve seen before, but with Team Ninja and Nintendo at the helm, don’t be surprised if this game turns out to exceed your expectations. The action will be fast, and Samus is going to kick some ass at the end of the month. 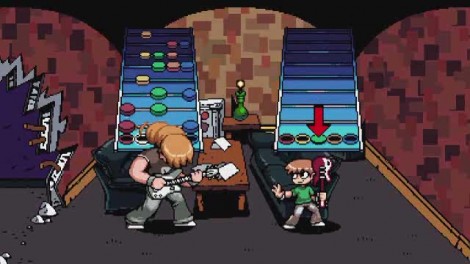 Scott Pilgrim vs The World

The movie trailer seems to be hit or miss with fans of this cult graphic novel series. The downloadable game, on the other hand, feels right at home with the style of the series. Match that up with a killer soundtrack, the art of Paul Robertson, and gameplay straight out of River City Ransom, and you’ve got a must buy for fans of classic brawlers and game culture. Look for it first on PSN, and later in the month on XBLA. Check out our thoughts on the trailer.

The indie hit from PAX Prime ’09 finally comes to life on PSN/XBLA. Bloody and beautifully stylized action platforming with memorable characters that are sure to meet their demise in humorously gorey ways. We can’t wait to get our hands on it to find out if it lives up to our expectations. 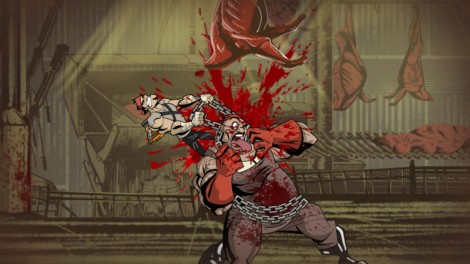 Oh, ya, the Summer of Arcade wraps up this month on XBLA and continues it’s multiplayer mayhem. Castlevania: Harmony of Despair is already available and Dracula is waiting for you and 5 of your friends to accept his challenge. Monday Night Combat looks to add competitive gameshow flavor to your class-based team third person shooting needs. Lastly, we visit with an old friend in a new perspective, in the co-op adventure, Lara Croft and the Guardian of Light. Remember if you buy all 5 Summer of Arcade titles, and you get one for free.