After the most drawn out gamer tease I’ve experienced in a while, I’m officially ready for Sony and Microsoft to announce their next-gen plans. Publishers and developers have to be even more frustrated as illustrated by Bungie’s attempted reveal of their new game, Destiny. I’m officially more confused about what to expect from their new online FPS than I was when all I had to go off of was a leaked photo. I don’t blame Bungie though, if the game really is coming out this year something had to be said. However, you could sense Bungie having to hold back even more info because in my opinion there is no reason to launch this new ambitious franchise on just this generation of hardware. Thankfully, Sony will kick us all off into the future on Feb 20th.

It’s not so bad. I still don’t need a friend though.

All of this from a gamer who spent his week in gaming’s past. Starting with our podcast conversation about the bad games of our roots, I got a bit nostalgic. Then, GOG.com hit us with a bomb and exclusively releasedSystem Shock 2 for download. That got me shopping and naturally I spent the rest of my weekend getting old games like Legacy of Kain: Soul Reaver to run on my computer. Of course, getting them to run is just the first step, getting them to control the way you want with modern controllers is a whole other story. Thankfully, one French controller profile later and I was able to stream through the first two bosses this weekend. While the level design hasn’t aged well and the puzzles are more frustrating than ever, I am still blown away by the ambition of this game. So much so I wish Amy Hennig and her Naughty Dog friends would team up with Crystal Dynamics to give us the true vision of Soul Reaver with today’s technology.

While I wasn’t dreaming about games that will never happen, I finally stopped trying to make Dead Space 3 into something it was never meant to be and just played. You know what. Jumping between derelict ships and fending off necromorphs that continue to audibly terrify me is as good as ever. The atmosphere is thick where I am, sure the ammo isn’t sparse, but that doesn’t prevent me from losing my shit when something new crawls out of the vents. Nor does it make my adrenaline level drop when I’m subsequently and frantically stomping the shit out of anything that moves. Now I’m just enjoying the ride and I’m anxious to see how Isaac’s tale wraps up.

Another reason to avoid bookstores: 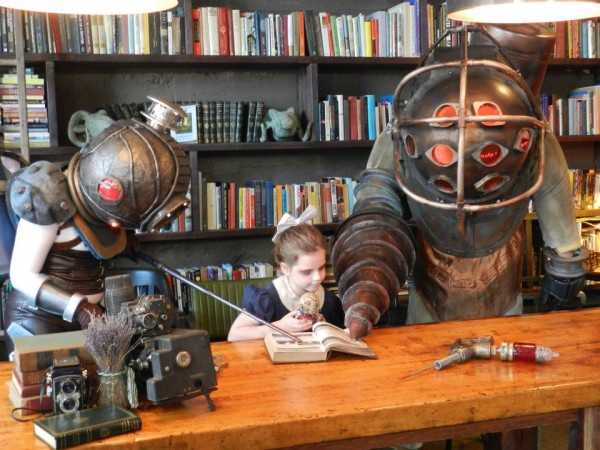