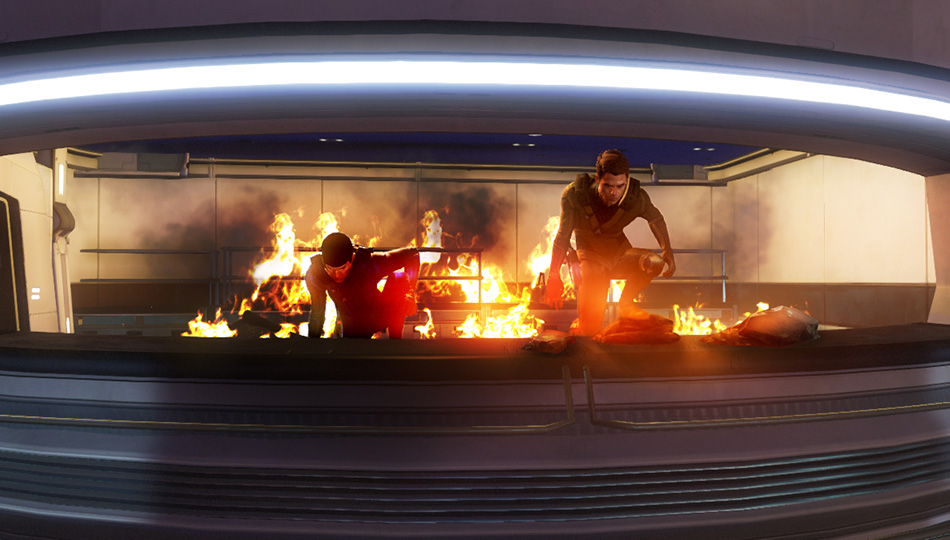 If this were slash fic, we’d make a joke about them “burning” for each other.

I’m officially turning my attention to other science fiction licenses, and, as I remember being stunned by the E3 debut of Star Trek: The Game. However, Digital Extremes and NamcoBandai have been pretty quiet about it since, even though the movie marketing has been picking up a lot of momentum.

Not anymore, though, as this teaser with gameplay definitely confirms that ST:TG is still on its way for an April 23, 2013 release.

Sure, it is a bit difficult to pass too much judgment based on this video, but I like the direction. The game looks to be vibrant, full of action, and co-op focused. Who doesn’t want to play as the new ass-kicking Kirk and Spock? Plus it doesn’t hurt that the guns and cover system are giving me flashbacks to another “massive” space video game franchise. I just want to know and see more from Star Trek to know whether it is awesome or average.

What’s your take on Star Trek: The Game?