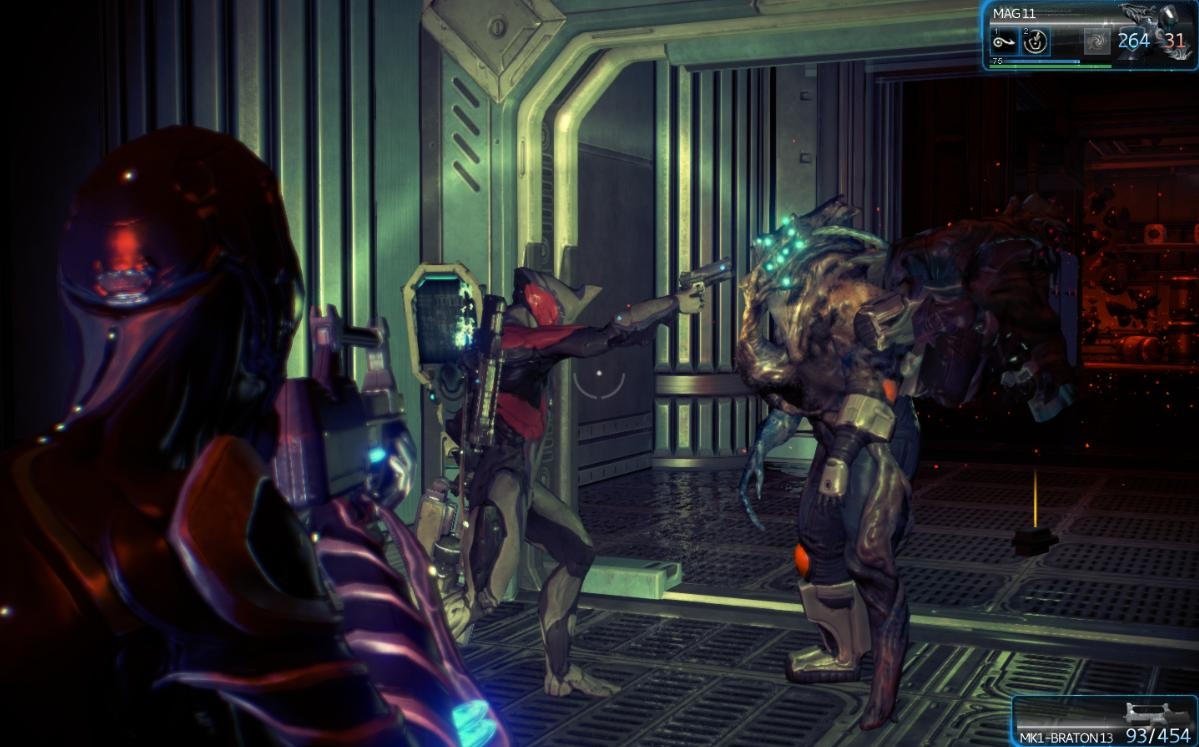 Warframe came straight out of left field. The name couldn’t be more generic, yet the game is a surprisingly competent mix of co-op, third person shooting and acrobatic sword slashing. Best of all, it’s free. Josh and Justin are joined by community member Verdian for some fun times in space with Digital Extreme’s Warframe Beta.

I’ve been very cautious about branching out into free-to-play games, and I didn’t expect a new third person shooter from Digital Extremes to be the game to break through my cynicism. While free-to-play models are still maturing and adapting to bring in wider audiences, I figured we were a year or so away from new IP’s from lesser known developers standing a chance of holding my attention. My assumptions were that all free-to-play games were low budget, generic, safe, and boring games if they weren’t regularly promoted or from developers with plenty of experience in this type of marketplace. The Warframe closed beta completely reset my expectations. 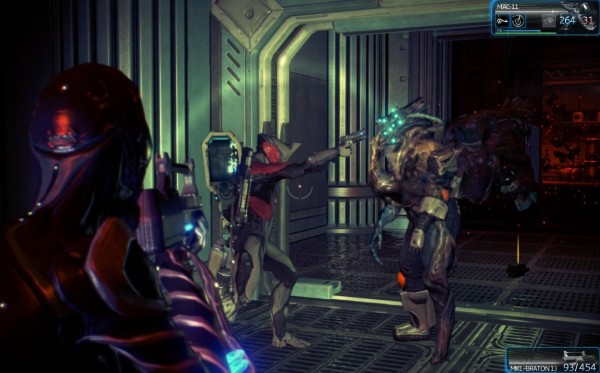 Umm, you have a sword. Use it!

First of all, Warframe’s character design / the warframe suits of the Tenno themselves, are flat out cool. Visually, the warframe struck me as a nanosuit infused with animal inspired helmets and a sci-fi coating. It’s weird and unique, but it works. Plus, all of the character classes feature melee capabilities making your character feel like some sort of futuristic cyber-ninja space marine. It shouldn’t work; it should feel like a generic mess. However, the Tenno are bad asses and fun as hell to play as.

The action of Warframe isn’t revolutionary, but it is fast, smooth and satisfying. Missions are procedurally generated squad-based PvE scenarios and more become available as your character levels up. I recommend playing with friends rather than going solo, as the free-to-play grind is much more enjoyable with a co-op crew. The character progression is pretty standard as XP comes from enemy kills and mission objectives and is used to unlock/enhance skills based on your character class. There are also item drops to collect throughout each mission that can be used for unlocking new weaponry. As with most of Warframe, these are pretty run-of-the-mill features, but their execution and design have plenty of personality. 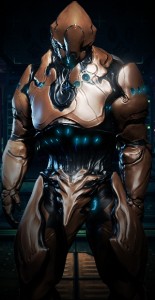 Rhinos and sharks are the norm around here.

There are plenty of character classes available to fit your particular preferred combo of melee/shooting. For me, the ability to pick off my foes from a distance with well-placed headshots, but sprint in anytime that I want to chop others up into pieces with a sword was reason enough to want to try “just one more mission.” The missions I’ve played so far have been pretty short and sweet, but I can see them getting a bit more strategic as your squad levels up.

The pay side of the F2P model does not get in the way of the core action of the Warframe. Jumping online to team up and launch a mission is a breeze, and the more you play the more XP and in-game funds you will earn to unlock goodies. Of course, if you get hardcore and dig deep into the nuances of each character class, the option of upgrading in your character with real money or unlocking more warframes is always there.

You’ll know pretty quickly if the Warframe universe’s aesthetics will appeal to you, and I hope it does, because the Tenno need your help and are offering up a damn good time in return for whatever level of investment you are willing to offer them.

Warframe is currently in closed beta on PC. Beta key offers and more release date info can be found on the Warframe website.