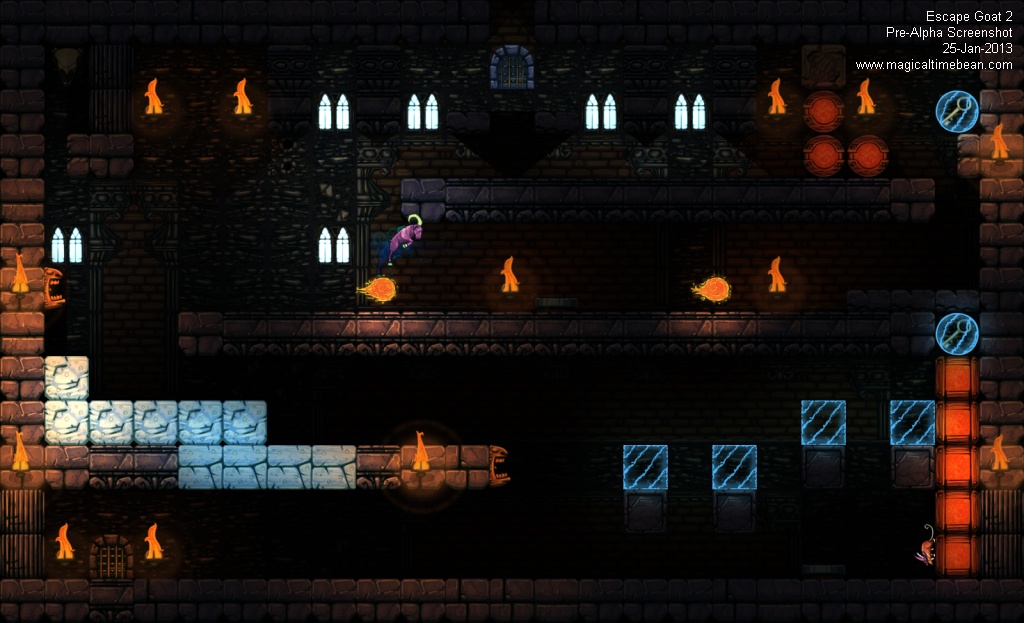 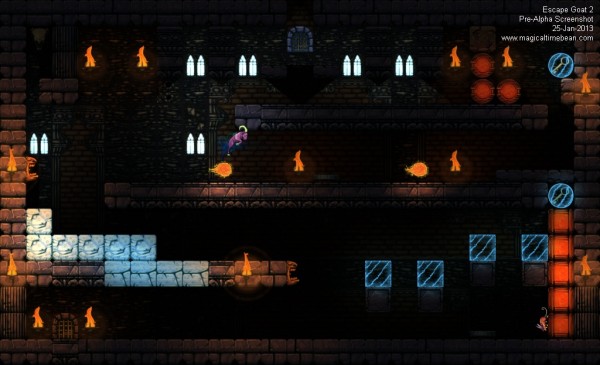 You can’t outsmart this goat.

Goat and mouse. A bro combination so powerful that they could not be contained to one game. Ian Stocker of MagicalTimeBean has announced via an interview with IndieStatik that Escape Goat 2 is headed for a PC release later this year.

Ian has stated that Escape Goat 2 will be similar in style to the first game with its focus on single room puzzles, but for the first time he will be working with an artist which makes the biggest change to Escape Goat to will be in its style and graphics. Initial screenshots are striking, and our bleating hero has never looked better.

The original Escape Goat quickly became one of our most enjoyable indie puzzle platforming games of recent memory. Ethan enjoyed it the goat so much that Ian agreed to an interview. We’re extremely happy Ian survived the encounter and that the franchise is growing.