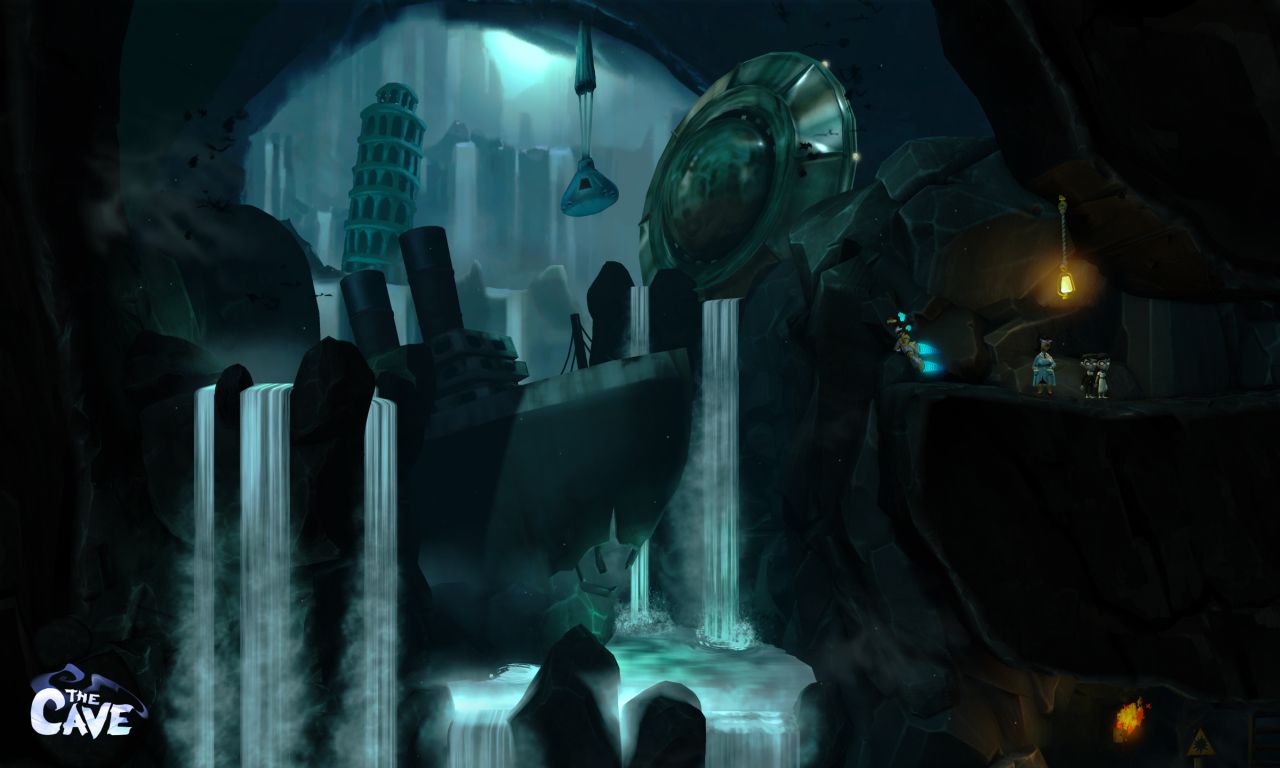 People seem to have the strangest fascination with non-human things having the ability to talk: cars, smartphones, Tom and Jerry. (Looking back, Tom and Jerry talking might have been one of the worst events in my childhood history and I didn’t even know it.) In the case of The Cave, seven unique archetypes approach a talking cave (only three enter) in the hopes of finding what they most desire. An adventurer seeks treasure, a hillbilly seeks love, a time-traveler seeks revenge… nothing too unusual from everyday life. Not everything is as it seems, at least when it comes to a cave that talks. As the characters journey deeper into The Cave, they learn a little bit more about themselves and some hard lessons lurk in the darkness. Well, at least I did. 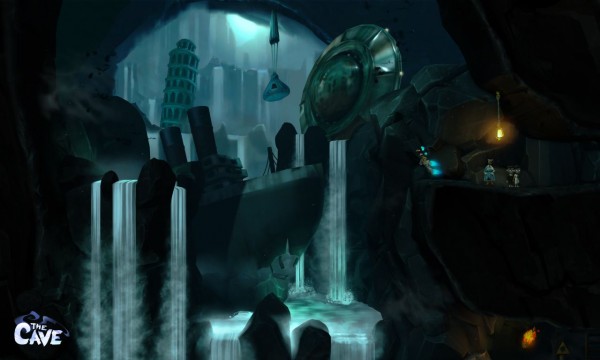 The Cave is full of many natural structures, like underground waterfalls and the Leaning Tower of Pisa.

The Cave is basically a collection of interconnected puzzles coated in a basic platforming shell. There are sections where any trio of characters can reach the solution and continue on, but there are three specific areas tailored to the background and abilities of one of your team members. The rest of the game is full of light humor and some sprinkles of personality, but the stories of the characters themselves are the highlights of the adventure. While the tales are small in scope, the stories they provide are worth each and every nod, chuckle and gasp. It also helps that there are collectible graphics for each character plastered throughout The Cave to assist in the storytelling. So far, my personal favorite has been about The Twins. Because twins are clearly evil.

While playing The Cave is certainly charming on the surface, the underlying features range from the expected to the slightly frustrating. Jumping and climbing felt alright in time, but falls from a certain height become fatal. At least The Cave won’t actually kill you, so it’s nice that the penalty for far drops is a quick revive and not permanent leg damage. The other side of gameplay is puzzle-solving and that’s where things get a little murkier in appearance, but your mileage may vary. These puzzles range from completely obvious to brain-stumpingly obtuse. 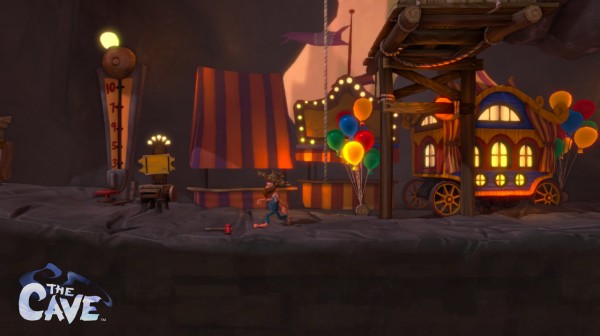 My crippling fear of hillbillies at carnivals is second only to people on bath salts.

The main difference between The Cave and most other puzzling adventures is that the player is controlling three avatars instead of one. Most of my frustration came from how item management is handled with each character being able to hold one item at a time. I wound up in a scenario two different times where the answer eluded me and I backtracked repeatedly with different items to no avail for long periods of time. Having too much pride to search the internet for answers, I would have at least appreciated The Cave dropping more hints my way if my progress seemed halted. The feeling of being trapped became a bummer and the solution never fully satisfied me enough to get over the time I spent looking for clues.

The Cave is brought down by a couple of lows, but the highs nudge them out enough to make it an experience worth trying. Though if it clicks for you, then there’s at least three trips into the depths to see each character’s interesting story. Not Nobel Prize material, but it’s a dark and amusing options for fans. By the time the jumping and puzzling start to get tiresome, the trip is over and you’re left with memories of catching on quickky or stuck crying with no way out. Either way, the sultry voice of The Cave reminds you that it’s not about the destination, but the lessons you’ve learned along the way. Or not.

Value score: 4/5 – To take a tour through what The Cave has to offer, you’ll have to pony up $15. The trip lasts for a few hours, then it’s over with nothing left to do but venture inside again. There’s cool back stories, decent puzzling and sexy voice acting, but some of the puzzles and dialogue will always the same regardless of how you build your party. Seeing everything will require at least three journeys, so it’s nice that that bit of variety is available when compared to the average puzzle adventure. Just remember to look before you leap.