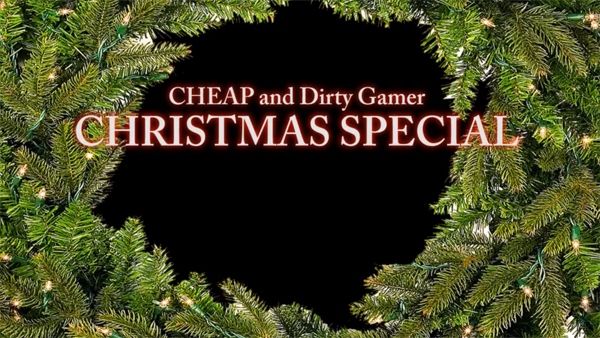 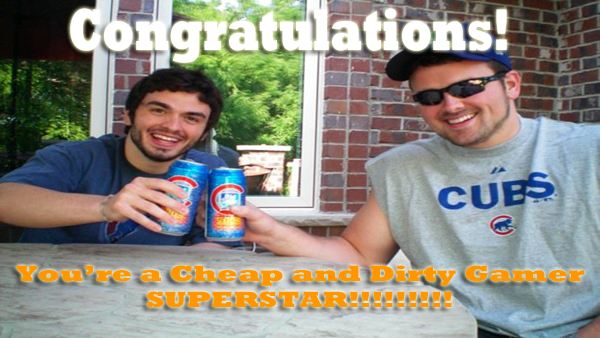 Just super impose your game’s name and its award for a very special trophy to show your friends! Want it to be extra special? Put it on a mug or t-shirt!

It’s hard to believe that about a year and a half  ago, Cheap and Dirty Gamer was actually a series about video game deals from across the web called Horribly Awesome Deals of The Weak. Seeing that everyone and their uncle did weekly video game deal write ups, I decided to focus on a single cheap and/or free game each week. 45 articles later, Cheap and Dirty Gamer is still going strong. Unfortunately, this was a bit disappointing as I’d hoped to dramatically change the focus of this series to instead feature games that were obnoxiously expensive in hopes of getting my own show on MTV. Papa Bear has to eat, and he craves surf and turf classic (steak and lobster as opposed to hamburgers and shrimp).

So what does one do when tasked with wrapping up a year full of cheap and dirty things? Does he sing a song, make a cute video or simply direct his audience towards yet another game? None of the above as my classy as hell editor-in-chief provided me with an alphabetical list of all the games featured in Cheap and Dirty this year. Additionally, I’ve been traveling internationally and thus my time is limited.

All of these games were enjoyable for a variety of different reasons, but since my last few weeks have revolved around making lists, presenting those lists and then arguing about why one list is better than another seemed a bit boring. I’ve decided to avoid creating yet another numerically sequential grouping of items and instead give EVERY game that was featured this year  an award. This may seem lazy, but I have a special place in my heart for all of these titles (even the ones that kind of sucked) and picking a few to represent the best of the best seems wrong.

A.R.C.S. – Best Tower Defense With An Acronym For A Title

All Zombies Must Die! – Most Direct Game

Dungeon Village – Best Game That I Spent Too Much Time Playing

Effing Worms – Best Game That Made Me Want To Watch Tremors

Home – Best Game That Screwed With My Head

Outpost: Swarm – Best Use of Guns, Bugs and Friendship

Red Rogue – Best Use Of The Least Amount of Controls Possible

Soulcaster – Best Teamwork by a Wizard

Sumotori Dreams – Most Pee In My Pants Caused by Hilarious Physics

Wizorb -The John McClane of Wizards

That’s a really long list isn’t it? I’m pretty impressed with myself to be quite honest. I mean, I’ve played a ton of mainstream releases this year, but looking at this list reminds me of how dedicated to video related gaming I actually am. If there was a trophy for such a category, I’d at least get a participation trinket of some kind. You know what, I think I’ll go ahead and give myself an award too. In fact, go ahead and give yourself one as well, it’s not every day you can tell your friends you were given an annually chosen title.