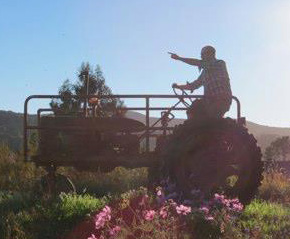 At this point you have read several Game of the Year lists from basically everyone. Therefore, I am going to keep my GOTYs short and also look ahead to 2013.

I wanted to utilize number five to recognize the 2012 games that are still sitting wrapped in their cellophane packaging. I have heard so many people talk about Assassin’s Creed III and Halo 4 that I can’t wait to rip into these games and experience the hype myself. Of course, I have several hurdles involved here. The first is that I didn’t pick up Halo 4 until Christmas Eve and finding time has been a challenge. I fully expect to write an article about joining Team Chief considering I already have my Co-op bros lined up and ready to go. The second challenge is my current race to complete Assassin’s Creed: Revelations. I think that I have reached the home stretch of Revelations and I want to give Ezio the attention he deserves considering that 2012 was the year that Ezio & I finally became bros.

You guys are going to have to wait your turn.

I feel like Mass Effect 3 came out in 2011 not 2012 and I have to make a shocking confession: I haven’t finished this game yet. I can’t even admit why I haven’t taken the time to finish Commander Shepard’s story. The original ending drama has not swayed me at all in not attempting to finish this game. I honestly think I am in some strange emotional state where I don’t why my relationship with Shep to end yet. There are so many great memories: we had some laughs, blew shit up, and even seduced some real hotties (alien and human). I hope to finish this game sometime in the near future, but the backlog continually grows.

I had the biggest expectations for this game more than any other. After picking up NCAA Football 12 last year, I wanted a football game that was a more complete experience. I have felt for years that Madden should be closer to FIFA quality than NBA Live quality. After several long years, EA finally delivered a Madden game that feels like it belongs in this generation. The new physics engine is fantastic, and makes the action feel less like that crappy 70’s buzzing football game. The general manager aspects of the game keep me coming back as I am constantly tweaking my roster and taking chances on high risk, high reward players (like Pacman Jones). Oh, and Trey Wingo’s voice work on the draft earns an A+ adding to the overall drama of the draft. 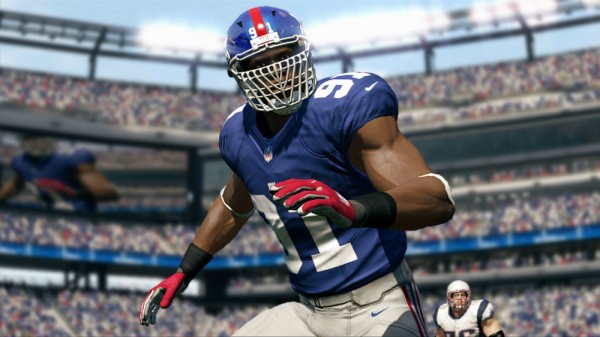 These two indie games really surprised me this year. When I picked up Minecraft, I really didn’t know what to expect walking in, but I have loved every minute spent trying to create moats and putting skylights in every house and mine I can. I have learned the importance of respecting creepers, and that diamonds aren’t just a girl’s best friend. I will definitely continue my pig riding antics well into 2013.

When it comes Fez, I don’t think I played a better looking game all year. The retro graphics brought me home to my youth and the level of detail was unreal. The game is just beautiful. The gameplay was also phenomenal; figuring out how to move the world and us it to your advantage was my big epiphany moment for this year. These two games played a huge part in changing my perspective toward indie games in general.

Returning to Pandora was everything I expected and more. Everything about Borderlands 2 was right. The new characters and skill trees gave players a lot of options for player development. The new inhabitants of Pandora were very interesting. I will never forget the day I met Tiny Tina, the time Handsome Jack told me about his horse, or even Claptrap’s birthday party. I enjoyed hunting Bullymong more than any other experience this year. For me everything about this game was just right. “I smell delicious!!!!” 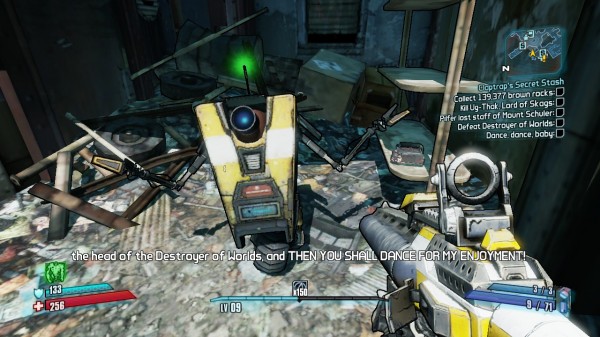 For as much as I loved the games from this year, I have a twisted desire to continually increase my backlog without ever completing anything. Of course looking at 2013 proves that completing any games in the backlog will be a challenge in itself. Here is what I want to play next year:

5) South Park: The Stick of Truth

I would put this game at the top of my list if THQ wasn’t in so much trouble. A traditional turn-based RPG with Cartman sounds like comedic and video game gold. Unfortunately, I am not confident that this game will ever see the light of day. All of my fingers and toes will be crossed in hopes that I get to be the new kid in South Park.

I know this is technically a prequel, but this game is still on my radar. Gears has some of the most refined gameplay out there, and I can’t get enough of it. Running a chainsaw through locust never gets old. I will be interested to discover how Baird became a jaded ass. 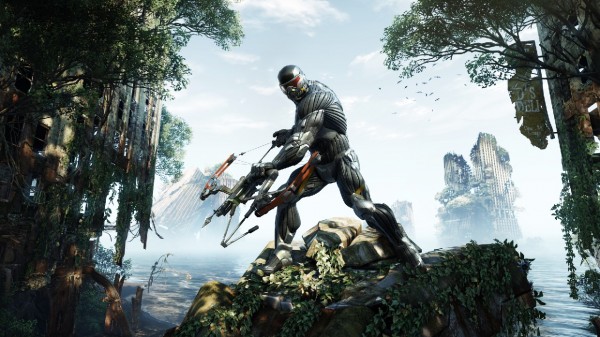 Crysis 2 really surprised me last year. I found the tactical hunting elements of Crysis to be a refreshing twist to the first person arena. Crysis surprised me enough that I can’t wait to put the nanosuit back on and hunt aliens with a bow and arrow. I have very high expectations for the Crysis series now, and I hope that the hype train doesn’t derail those expectations.

Bioshock defined and set the tone for this generation. It is only fitting that Bioshock Infinite would (presumably) send this generation out with bang. I would be lying if I didn’t admit that this game makes me a little nervous. I feel like we have known about Infinite’s existence for far too long. There is a sinking feeling that the development length and number of delays could set this one up for failure. Let’s hope I’m not right. 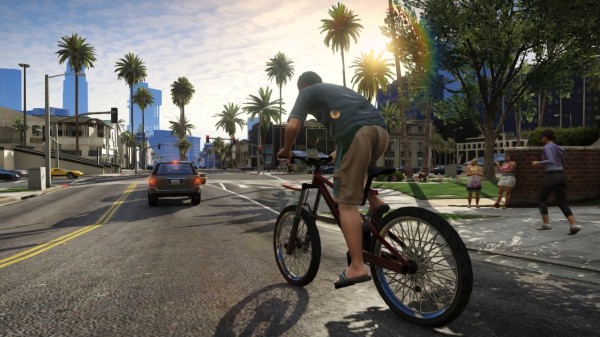 I enjoy long bike rides through the hood.

Let’s be honest, the only reason I wanted to list my top five that I am looking forward to in 2013 is so I have an excuse to talk about Grand Theft Auto V. This game is my must buy next year. It has been far too long since I had a new GTA title in my hands (Chinatown Wars doesn’t count). I love that we will be departing Liberty City and heading back to the sunny shores of Los Santos. I am very excited to see how the multi-protagonist angle will work in this installment and praying that the idea doesn’t fall flat. Honestly, let me run a gang and give me a cameo from CJ and I’ll be happy.