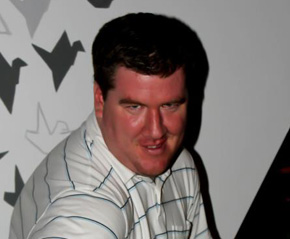 My Games of the Year 2012 are an eclectic mix that might not match anyone else’s on the planet. That’s okay, I like to play different games. And some of my games of the year didn’t even come out this year. Did I mention that I don’t always like to follow conventions and norms? Anyway, the following are the games that stood out to me this year either good or bad. 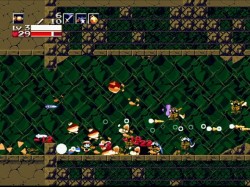 I know Cave Story is a game that’s been around for quite some time but it was a whole new experience for me this year on the Nintendo 3DS. To be clear, this is the old 2d side-scroller with 3D added released on the eShop, not the retail box copy called Cave Story 3D. It’s confusing, I know. Before I say anything else, everyone needs to play this game. It’s got the classic Metroidvania style of gameplay and exploration along with a strange but oddly compelling story about robots and rabbit people. There are a few weapons to choose from and though I ended up only using one for the majority of my playthrough, they each have their strengths against certain enemy types. Overall it’s a really clever game that provided me with close to 10 hours of unique gameplay. The value proposition is definitely there as you’ll find this for 10 bucks in the eShop.

Retro Game: The Legend of Zelda 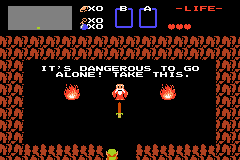 I don’t know why I never put a lot of time into The Legend of Zelda from when it was release to now. The first Zelda game I ever played was Zelda II so I have fond memories of that game. Over the years I just could never get into Link’s first adventure. However, when the game was released on the 3DS, I made a commitment to myself and the gaming world that I had to finish that game. After finishing it, I can say it was one of the hardest games I have ever played. Because I don’t have a lot of time to wander around Hyrule, I played by using a guide. (A completely acceptable way to go back and finish old games if you ask me.) It didn’t take the enjoyment or satisfaction out of finishing the game at all. If I was 5 and this was the only game I had to play and no other life responsibilities asked of me, then yeah playing with a guide might seem foolish. Now, at least I can say I have finally finished the game that started it all.

RPG of the Year: The Last Story and Xenoblade Chronicles

Though the Nintendo Wii didn’t live up to its initial promise, it certainly went out with a bang in its last year of life with two outstanding Japanese RPGs. Usually only one game would win RPG of the year, but since these are my completely made up awards, I’m giving my award to Xenoblade Chronicles and The Last Story. Both members of Operation Rainfall, an online petition to get these 2 games along with Pandora’s Tower (which never made it out here) released in North America, these games did not disappoint. Xenoblade Chronicles was basically a single player MMO with around a hundred hours of content (which might be a conservative estimate). It looks damn impressive on 10 year-old technology. Not only did the colorful graphical style look beautiful, but the story line was pretty engaging. I rarely get affected by character deaths in games but one in the early stage of this game had me wanting revenge on the menacing bad guy.

The Last Story has a pretty incredible pedigree. With the creator of Final Fantasy at the helm there are expectations that might be impossible to match. In this case, The Last Story exceeded my expectations. The art style was fantastic even with the brownish hue. It can’t compete with the colorful landscapes of Xenoblade Chronicles, but the focus on the story and characters more than made up for that downfall. The first RPG in my knowledge to have a cover system, Xenoblade Chronicles utilizes that popular game system to great effect. The battles are always interesting with different mechanics keeping each battle fresh and never feeling repetitive even if you have to go into the menu to deselect auto-attack to make the game better. I recommend for anyone with a Wii (and everyone has one right?) who likes RPGs to go pick these two games up. Not only were the games my two favorite RPGs of the year, they are up there as my favorite games on the Wii. 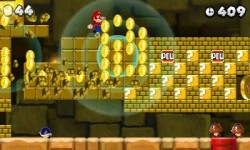 I love the New Super Mario Bros. franchise, not only because I love Mario games, but also because it’s a game that my wife enjoys as well. I was so disappointed in this handheld outing that I haven’t even shared the game with her yet. She’s playing the much better Wii U version. I haven’t been this bummed about a game I have purchased in a really long time. Uninspired level design, coupled with easy levels had me wondering, “what the hell happened?” after a stellar 3D Mario game that came out last year. Plus, the focus on collecting coins was a complete misstep and the reward you get for collecting 1,000,000 coins is trivial at best. Usually you know what you are getting when you purchase a Mario game. With this one, you get a major disappointment, and the reason for this award.

Game of the Year: New Super Mario Bros. U

If my biggest disappointment of the year is New Super Mario Bros. 2, then you might be surprised to know that my game of the year for 2012 is New Super Mario Bros. U. Not only was it an outstanding and fun 2D Mario title with innovative level design, it could also be played on the new Wii U GamePad, thus, allowing my marriage to survive when the latest Bachelorette Wedding is on the television. Seeing as though that’s a hardware bonus, I can’t really count that as a reason why it’s my game of the year, but using the GamePad as a second controller to accompany my wife during her play-through can be counted (and will be.)

I’m the type of gamer who rarely plays through modern games more than once. Yet, having the ability to help my wife while she games has made me feel that more accomplished at completely finishing New Super Mario Bros. U. For a Mario game to take over 12 hours to beat Bowser is pretty impressive, and I did that without opening all the secret levels. Add in the playing along with my wife, all told when I finally put down NSMBU I’m guessing I will have close to 30 hours sunk into it. To me, that is incredible for a Mario game, and makes it a must-purchase for anyone who buys a Wii U. If you have any doubts then you can read my review. It’s a great single player experience by itself with the added bonus of getting to play co-op. For my wife and me, it’s been the best gaming experience we’ve had all year.