With this being the last year ever for Mayan ghosts to play video games, it’s only appropriate that we list our favorite games of the year once more. At first, 2012 didn’t feel all that grand to me. There were games I anticipated, but it’s not until I reflect back that I realize things were a little different this year. Some of my biggest winners came in smaller (and cheaper) packages. As 2012 marched forward, a number of my favorites felt more like reflections of my younger self: adventure games, MMOs and 2D challenges. I was conflicted in developing a list of only ten games that encapsulated everything I enjoyed about gaming for 366 days, but life is hard. So here they are: my 2012 games (in no set order) that took it to another level. 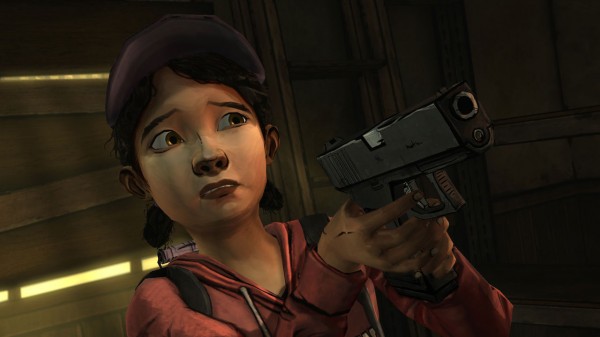 Telltale should be commended among many developers for keeping adventures alive, but The Walking Dead‘s first season was hit so far out of the ballpark that I’m not even sure there was a park. Just like my reaction to episodes of the show, I was edge-of-my-seat tense, getting a healthy layer of pit sweat and shouting to myself when poop got a little too close to the fan. Not gonna lie, but I was in tears at the end of this and wanted more (after a calming bath to my mixtape of smooth jams). If Clementine doesn’t mean anything to you by the credits, then the real monster is you. That’s social commentary, I think.

Regardless of the majority opinion on dubstep by now, it makes me think of Borderlands 2 and I love this game. Loot-driven games have always been a weakness of mine and this one best represents my enjoyment of item collection and zaniness. If Gearbox had let me save everything I found in its own precious drawer, I would be on a very special epsiode of “Hoarders” with family urging me to just sell my virtual guns. The inclusion of a more fleshed-out story made Pandora feel even more alive and, as much as I grew to like Handsome Jack’s insane ranting, I was more than happy to bring the noise on his face after dozens of hours. A season of DLC shall keep me vault hunting well into 2013. Sorry again, Mayans! 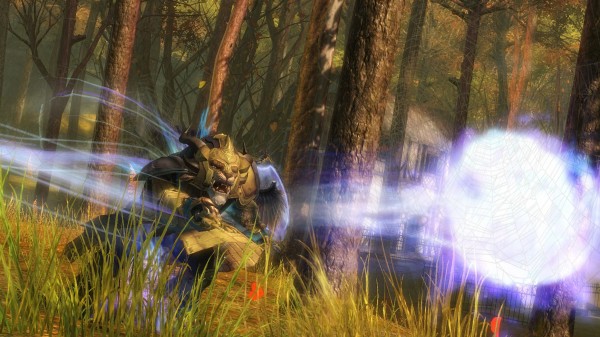 I used to play MMOs on the reg, then, one day, I didn’t. I figured it’d take a special kind of something to get back into the world of constant connections to other people running around in their underpants. So I jumped blindly into the world of Guild Wars 2 mainly because of one thing: no monthly subscription fees. It was well worth it as there was a mighty fine game tucked behind that promise of not having to pay once I owned the game. Soon, I was bashing, leveling and back-flipping my way across the world of Tyria as my first character, an Asura engineer, in my pajamas (like everyone else, I imagine).

Mark of the Ninja

Like a true ninja, Mark of the Ninja caught me off-guard with its release. I hadn’t been following much about it other than its existence and wasn’t sure if it was something I’d enjoy at the time. Whoa, was I wrong. About everything in this one just works to make you feel like a real ninja getting from point A to B. You know if you’re making too much noise and if you’re actually hidden. I felt like a lion hunting gazelles (armed to the teeth) for most of the game, slipping between cover and preparing for the take-down. With incentive to replay missions and just being plain fun, I’m glad to be able to show at least one ninja some genuine love this year. 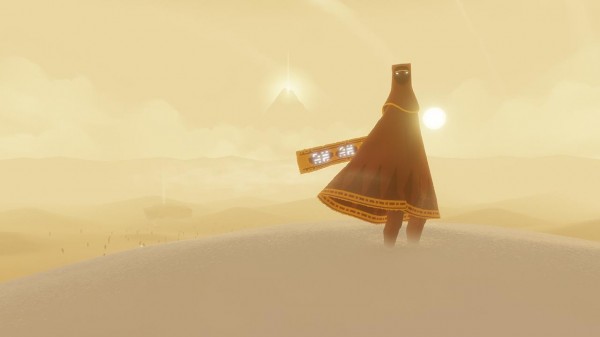 I thought scarves were pretty cool this year.

I sat down, played Journey to the credits, then stood up a different person. Nah, I’m kidding, but the experience was like being a child going to Disneyland for the first time. What’s over here? I want to run over there! Hey, another dude like me but his scarf is longer… what gives?! The adventure is unspoken, but is coherent enough as it enters your eyes and ears. And when it was over, I felt like I just finished participating in something real with a variety of strangers. It might not be for everyone, but it resonated so much with me in that short span of time that I’m still thinking about my own personal journey.

I’ve heard XCOM: Enemy Unknown described in just the fitting way: like playing with action figures. You customize your small squads of soldiers to travel across the world battling aliens until someone wins or loses. It’s not inherently a scary game, but the stakes get intense when you name your soldiers after real friends and loss is a very real possibility. I play this tactical game like it’s real and that’s been the most fun way to approach it. At least until deleting my deceased soldier’s numbers from my phone proved to be a silly idea. 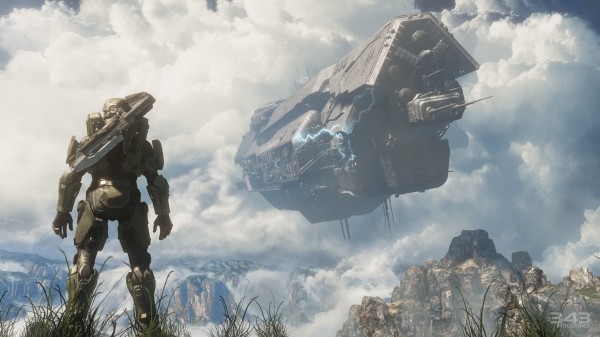 Another year, another giant whatchamacallit in the sky.

Halo 4 has always kind of been “my kind” of shooter. I got an interesting sci-fi story, a reason to feel a little better than my enemies and the evolution of the franchise kept things fresh even up to this point. Granted, it’s not the second coming or anything (no Firefight mode), but it fits like a glove and gives me those combat situations I’ve grown to enjoy. Plus the multiplayer here is less prone to drive me to rage mode as with other franchises. For that, I’m glad to have more badass missions with Master Chief. 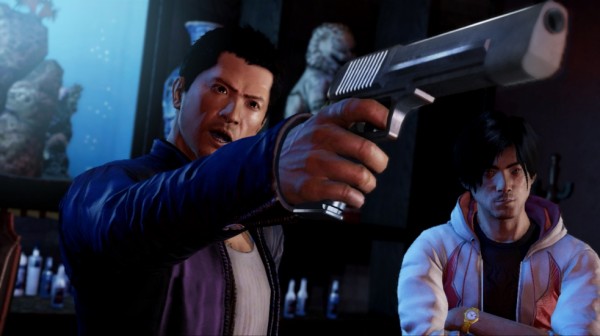 Why use firearms when you can jump-kick gang dudes in Hong Kong?

The combat found in Rocksteady’s Batman games has given way to something amazing in United Front’s Sleeping Dogs. Why wouldn’t I enjoy a game where a Chinese undercover cop spanks the asses of hundreds of gang members across town because it’s his dangerous job? This was an exciting action ride from start to finish. All of the major players have fun personalities and even Hong Kong itself is fun to explore. At worst, I spent a lot of time driving on the wrong side of the road. Or the right side here in America.

Spelunky is a no-brainer for the year. I spent so much time just trying to see the game’s credits that I felt like I had finally dug out of prison when I finally did it. Seriously, I’d forgotten how to enjoy the warmth of the sun. Each death is a lesson and every other death was probably me forgetting a lesson from a previous death. Sure, the game might deal out a bad level configuration, but there’s always a way if you’re skilled or lucky enough. Until you accidentally detonate a bomb in your face. 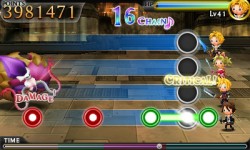 More of my waking hours devoted to tapping colored notes!

Theatrhythm Final Fantasy was a steady wildcard for a while. In the end, I just have to include it in the top then. I played it for hours for days on end, just doing the same songs over and over and hardly feeling fatigued by repetition. I’d consistently hum along, then I’d assess my performances and respec my favorite Final Fantasy characters for the next song challenges. Then I’d unlock some reward. Lather, rinse, repeat. And I can play this anywhere with some headphones on. So yeah, it’s great.

Unlisted, but not forgotten

2012 really was just an excellent year full of games that sparked my interest in ways I might have normally avoided. In that regard, there are a number of titles I wanted to recognize but I either ranked them lower or didn’t play enough of them yet for an informed decision. Games such as Dishonored, Far Cry 3, Need for Speed: Most Wanted, Kid Icarus: Uprising and Fez… I’m sorry I couldn’t see fit to place you among the top contenders, but I still like or am intrigued by you to give you a special shout-out.

If anything, early 2013 will be a busy time for me as I catch up on games I’ve backlogged. At least until the next year’s releases start rolling up to my doorstep. A happy new year indeed!