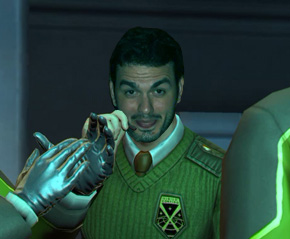 Holy cow did 2012 go really really fast! I’m still working on my backlog from 2010-2011 but that didn’t stop me from digging into a wide variety of really great titles this year. From Far Cry 3 to XCOM: Enemy Unknown and everything in between, it’s safe to say that 2013 is going to be dedicated as much to this year’s titles as it is to the amazing games it offers up.

XCOM: Enemy Unknown -I’ve been eagerly awaiting the release of a new XCOM game for a very long time and was vocally disappointed when details about the XCOM FPS (or whatever it is now) were released. Then, without much warning, XCOM: Enemy Unknown was announced and the anticipation train began. This was the perfect game for pleasing both long time fans and newcomers to the XCOM franchise alike as it streamlined an admittedly frustrating set of mechanics into something that was fun but challenging at the same time. It’s been a very long time since I played a game to completion within a week but XCOM didn’t really give me an option because simply put, it was just that good. There is a reason that Brotabulous Episode 2 was based on this game. 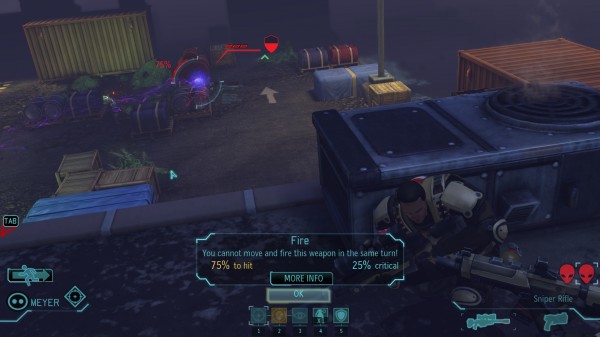 Far Cry 3 – Far Cry 3 may have been late to the party, but it was a very fashionable tardiness.  Even given the incredible trailer that was shown off a year or so ago, I didn’t know what to expect from this game other than I didn’t feel it’d meet my expectations. I was wrong. The combat feels great, there’s plenty of goofing off to be had on Rook Island, and the story and characters give me plenty of reasons for sticking to it for the long haul. The fact that this game is the best hunting simulator on the planet only sweetens the pot. Sorry Big Buck Hunter, you’ve been usurped.

Borderlands 2 – Borderlands 2 more or less embodies what a sequel should be, sticking close to the mantra “If it ain’t broke don’t fix it.” They stuck close to the formula with a few tweaks here and there and then ladled on a healthy serving of action packed gravy, creating an experience that was both comfortable yet ultimately satisfying in new and wonderful ways. While BL was never known for having a rich story, in BL2 I found myself connecting with the characters and their plight which was definitely missing from the original. With a hefty load of DLC coming our way, this is a game I’ll probably be playing through next year. 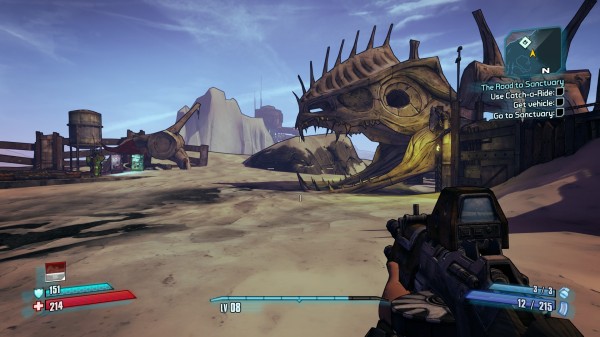 Torchlight 2 – Like Borderlands 2, the sequel to Torchlight focused more on perfecting the recipe rather than offering up a wildly different experience and I loved it for that very reason. Don’t let the cute and cuddly graphics fool you, it’s a robust game that will keep your itchy clicking finger very very busy. I personally enjoyed the well implemented randomization and, coupled with the variety of builds and equipment one can utilize, this game has replay value to the tenth degree. The multiplayer is the icing on the cake and helped Torchlight 2 go from Diabl- clone to legitimate contender for best ARPG of the year.

Diablo 3 – In hindsight,I had a lot of nonsensical complaints about Diablo 3 and while the seeming focus on the RMAH (real money auction house) may have contributed to the game feeling like a treasure hunt, it’s still a game that I happily put 80 hours into. The classes were all quite varied and felt equally powerful in dramatically different ways. Smashing a wide variety of mythological beasts looked great, too, with the seizure inducing fire and gore explosions never letting up. I may have been hypnotized by the Skinner Box-like quest for loot, but I don’t feel guilty about any of the time I spent playing nor did replaying the game irk me in the way it probably should have. That is the sign of a well made game and I’m really looking forward to the expansions that better be released really really soon. 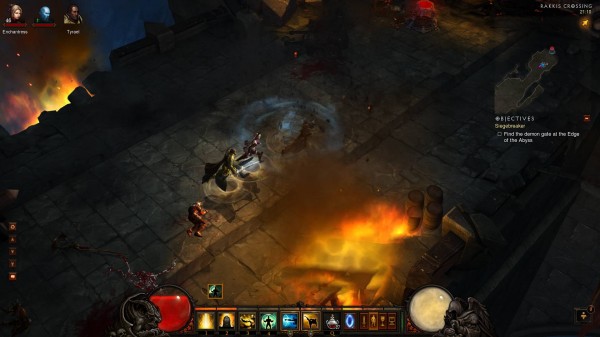 The Secret World – Don’t get me wrong, I love medieval fantasy settings, but MMOs are dominated by them and it was about time gamers had something different to sink their teeth into. The Secret World didn’t exactly change the MMORPG playing field in the way its development team wanted it to, but its contemporary setting and foundation of “real world” mythology was enough to keep me glued to the screen for countless hours. The investigation missions were a welcome addition as they not only pushed my brain’s ability to solve puzzles but also taught me some things as well. I really hope that the game going free-to-play helps bring in more players, but even if it doesn’t, I am glad to have finally found an MMORPG home I can call my own.

Towns – While Towns has been around in one form or another since 2011, its recent beta release on Steam as a result of being on Steam Greenlight is what brought me into the fold. If you’re a regular here, you’ll see that Towns was the subject of an episode of Lonely Gaming Pen Pal, Super Gaming Best Friends and two Checkpoint episodes. While still in need of some polish, it distracted me for well over 40 hours during a time when a variety of heavy hitters were vying for my attention. That says quite a bit about the potential of this game down the road.

Resident Evil: Operation Raccoon City – RE:ORC was a pretty messy game at times but that won’t stop me from placing it amongst my top ten for this year. I loved it and not merely because it was a Resident Evil game. The campaign was fun despite its shortcomings and the three-way dance that was the multiplayer was always exciting. I wonder what this game would have turned out like had it had a few more years in the incubator, but regardless, I had a great time playing. Raccoon City can’t be revisited enough and while I usually don’t like to be the bad guy in a game, it felt pretty awesome to be a part of Umbrella’s elite squad of special ops soldiers. 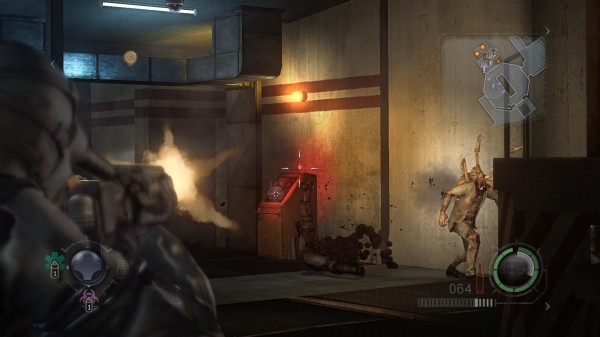 Orcs Must Die! 2 – Best co-op game ever! No seriously, this game got so much better with the ability to tag team hordes of orcs and other nasties and that’s coming from a guy that rarely plays games like this with others. I love the strategy aspects of the game that revolve around properly equipping your war mage/sourceress and setting traps but when everything goes to hell, it’s really nice to have somebody slinging arrows, fireballs and jars of acid right next to you. If I was to go pro at any game on the planet, it’d probably be this one and I already know who’d be the Maverick to my Goose.

Darksiders 2 – Unlike some of the other sequels of this past year, Darksiders 2 actually introduced some significant changes to the Darksiders formula and came away benefiting from the changes. It boasts some of the best looking combat of this past year while also allowing for a bit more variety to the way you go about being Death and the simplified loot mechanics fit well without becoming the sole purpose of the game. Its scale is even grander than the original and I’m still in awe of some of the obstacles I faced during my time with the game. While it may have fallen short in the eyes of some, I think it stands up quite well and the possibilities of future games featuring all four horseman have me bubbling with excitement.

I’d Help These Games Move Furniture But Not a Body 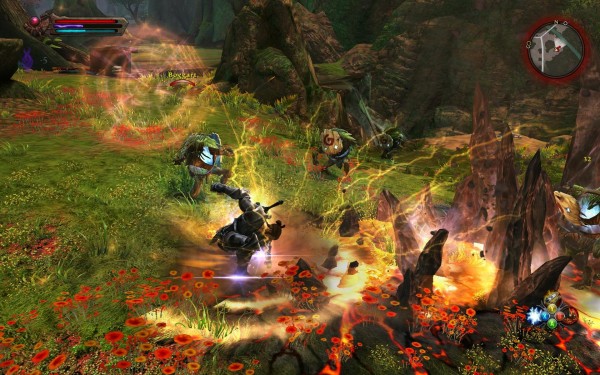 Kingdoms of Amalur: Reckoning – Awesome combat, great class variety but the game got stale after a while. Being that “after a while” equates to 40 or so odd hours, that’s really not a bad thing.

Pineapple Smash Crew – Simple yet addicting, PSC was a great game to play in between some of the larger titles this year.

Black Mesa – Reliving the original Half-Life is never a bad thing and Black Mesa gave me the opportunity to do so without needing to suffer through the original’s dated graphics.

Shoot Many Robots – Pick up some guns, throw on a funny hat and shoot every robot that gets in your way. What’s not to love about that? I really need to play this game with a friend.

Call of Cthulu: The Wasted Land – It’d been a while since I played a turn based strategy game and well pleasantly surprised to find such a well made one to play on my iPad. I’m a bit of a Lovecraft fanatic, so the subject matter was the icing on the cake.

Gratuitous Tank Battles – I love tower defense games and I love customizing tanks. GTB offers both which based on science equates to me really enjoying this title. It’s really cool to be able to act in both defensive and offensive roles, which isn’t always the case.

Krater – Krater won me over early on with its charm and sense of humor but the depth to the combat is what makes me want to keep at it. Like XCOM, it was sad to see my little squad members die knowing good and well they were dead forever.

The Walking Dead – I’ve enjoyed what I’ve played so far and have to give the game major props for the story elements. I’ve honestly been avoiding the finale because I’ve grown attached to my band of survivors. 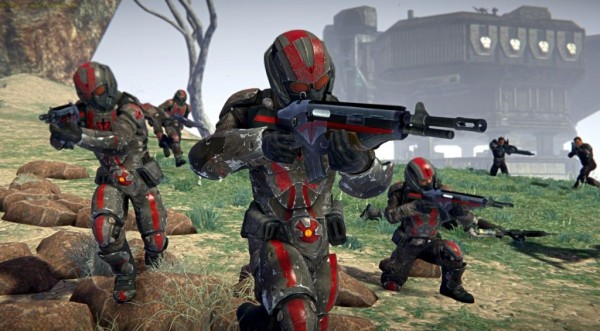 Planetside 2 – I know this game is awesome, based entirely on my recent playtime alongside Mr. Josh Lee of joshleedotcom. This will be a 2013 addiction.

Natural Selection 2 – I enjoyed my time with NS2, but don’t have the confidence in its longevity as my go to multiplayer. Still, it’s a great niche shooter and one that I’ll probably go to every now and again.

Call of Duty Black Ops 2 – Despite being pretty excited about this game, some bugs and glitches have prevented me from getting into it as deep as I’d like. I’m not willing to write it off based on that alone though.

Primordia – It’s a point and click adventure in a robot themed world. I’ve given it about an hour and am so far pleased with what I’ve seen. Really takes me back to a time when adventurers didn’t need weapons.

AirBuccaneers – This is a goofy as hell multiplayer experience and will be on stand by incase I need a breather from the more intense offerings out there.