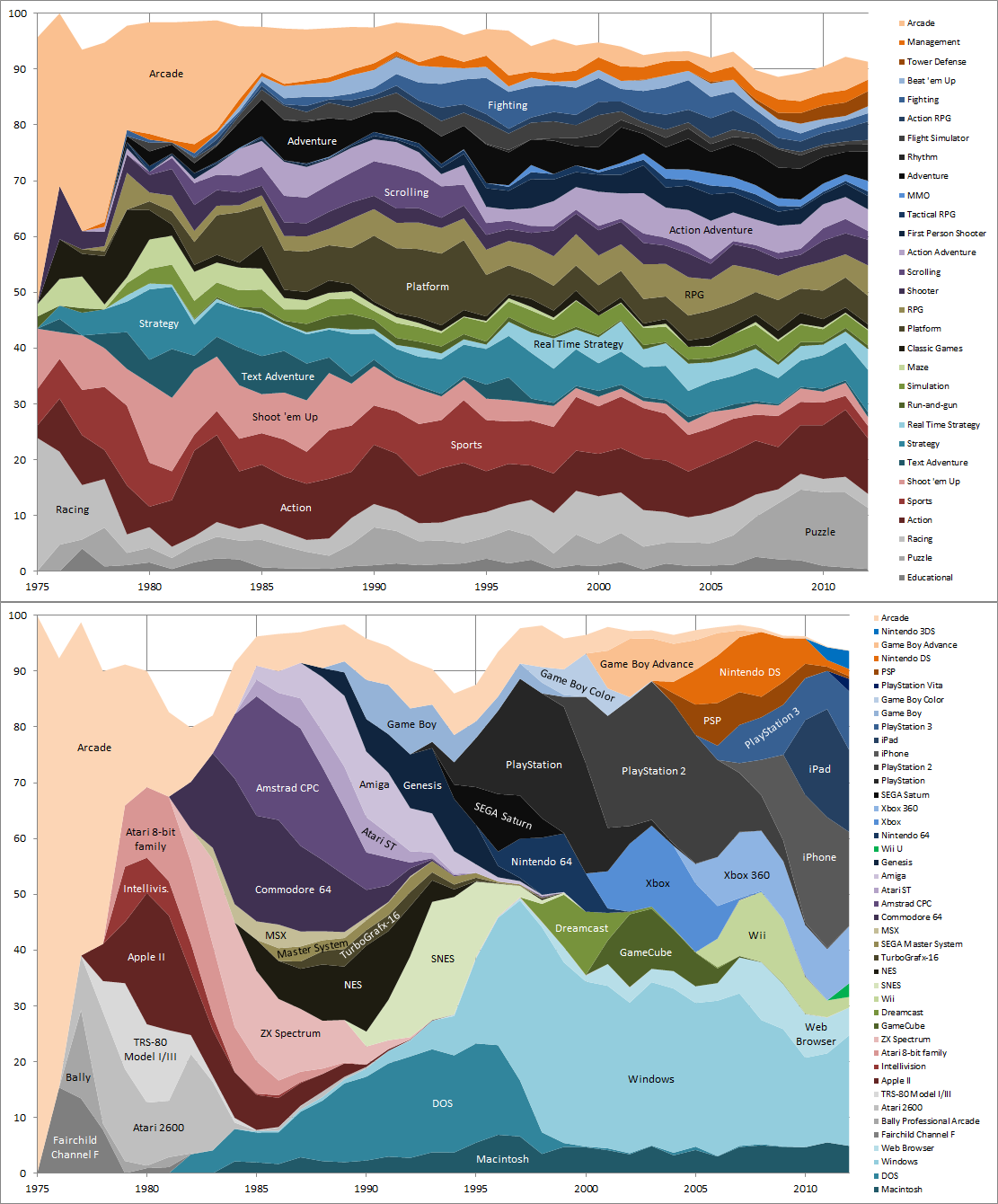 As the final year of this console generation winds down, moments of reflection set in. In some cases this brings about extreme cases of statistical geek outs. For those who love them some visual representations of absurd amounts of data, Reddit user NcikVGG has one helluva hit for you. For the rest of you who come here for pure gaming goodness, these charts represent a pretty incredible snapshot of the history of video games. The first chart shows a breakdown of the distribution of games released in specific game genres. The second shows the percentage of game releases per platform. 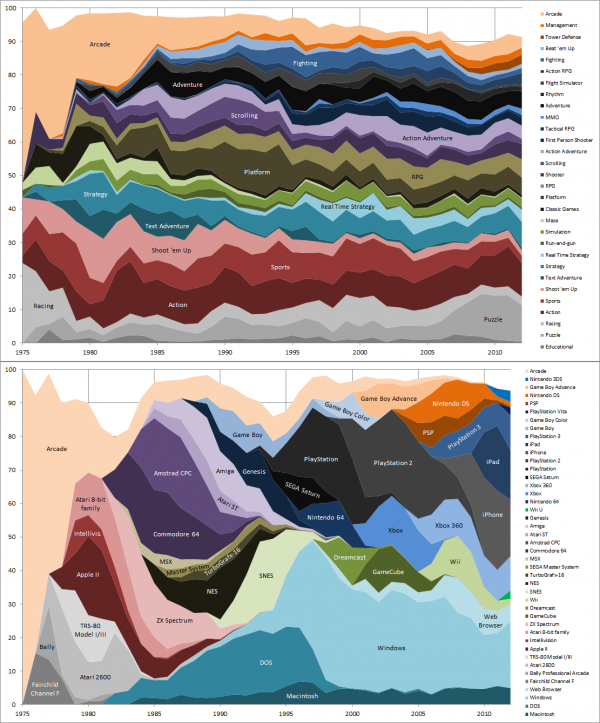 Release per Genre, Releases per Platform

Obviously the PC is dying and developers have made way too many first person shooters.