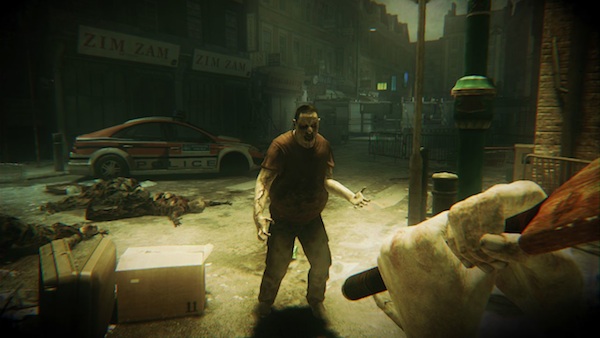 Oh look, Ubisoft made a launch game for a new console and it’s another zombie game. Before you write off ZombiU you may want to witness the struggles and screamgiggles that accompany some truly old-fashioned “survival horror” while taking notice of the best usage of the Wii U Gamepad.

After all, you won’t die as often as Josh does, right?

Shaun be with me.

I seek out games that scare me to the point where I squeeze through controllers. White knuckling experiences that make me question whether or not I’m physically and emotionally prepared for each game session. ZombiU delivers on the atmospheric survival horror experience that drew me to the genre to begin with.

Your ability to immerse yourself in ZombiU will be dependent on how much you actually want to let go. It’s quirky, it’s frustrating, the game wants you to lose, and zombie genre fatigue may personally be a factor for you. I actually appreciate the difficulty design to ZombiU and found myself sucked into the plight of my cadre of survivors almost instantly. I don’t come into a survival horror game to be a bad ass, I come to barely scrape by and fail horribly along the way.

The benefit to failing in ZombiU is that you play as one survivor at a time, and when you die, you become a zombie. Then, you begin again as a new survivor from a shared safe house and have to seek out your the zombified version of your previous character if you want to steal back all of those precious tools, ammo, and resources you collected before your tragic end.

You will die. Even if you think you have the basics of zombie combat figured out, ZombiU is going to throw some overwhelming scenarios your way. At first blush, some of these moments may seem completely unfair. They probably are, but if you are like me, you’ll find that overcoming these situations is quite satisfying and even moreso when you have to kill your zombie-self in the process. Live a little by dying a lot, I always say.

ZombiU will reach its fans and turn them into Wii U supporters in the process. While not everyone is susceptible, I’m happily infected.

ZombiU is available now on Wii U.