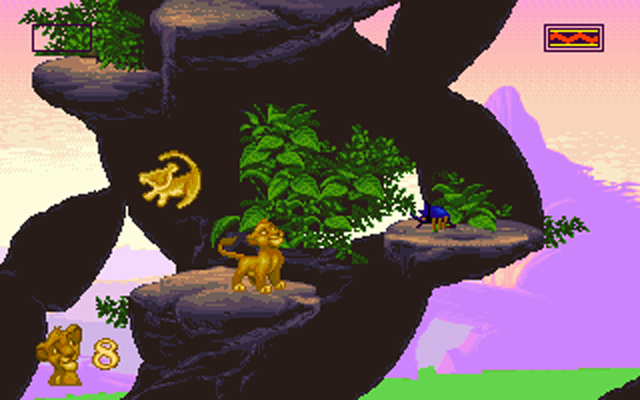 Ever since I can remember, people have been talking about the importance of saving the rainforest  While being full of beautiful and rare flora/fauna (and possible cures for all kinds of diseases), it would appear that the most important aspect of preserving these large groupings of exotic trees is due to the fact that they’re responsible for providing quite a bit of our breathable air. I love breathable air, super medicines and all sorts of wacky plants and animals, but the fact of the matter is rainforests are more or less synonymous with jungles and I don’t trust jungles…at all.

I’ve never actually been to a jungle but I have visited a simulated jungle environment at the zoo, though most of my familiarity with this habitat for the horrific comes from the countless hours I’ve spent wandering around the jungles that populate video games. This is where most of my distrust (not hatred per say) of jungles comes from because I’ve yet to explore a video game jungle that has offered me any sort of peace. The fact of the matter is, most of them have tried to kill me or my NPC friends. 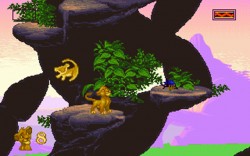 This jungle doesn’t seem all that bad…

It wasn’t always like this, in fact there was a time in my life where jungles made me smile and I actually longed to live in one. Being a fan of the Lion King movie in my youth, I purchased the Lion King game and had a merry old time jumping around in the jungle themed levels of that SNES game. They may have been difficult, but knowing that Timon and Pumba were close by put my mind at ease.

Then came Jurassic Park 2, a game that I should have known would scare away my fondness for jungles, yet being a fan of the original movie (and frankly super curious as to what a non canon sequel would be like). I dove in and after a chase scene involving a T-Rex went south, I realized that the jungle is no place for a little guy like me. Heck, the original Jurassic Park game didn’t attempt to do jungles any sort of justice either as that was the game that made me fear jungle rivers.

That Desert Ain’t Got Nothing On The Jungle!

I eventually moved on to more mature games, but the jungles never stopped being huge jerks to me. Diablo 2 was a very comfortable game to play despite the hordes of monsters trying to smash my face. Even the desert level (which deserts are on my list of most hated places as well) wasn’t so horrible, but the moment Act III rolled around, I felt a cold sweat start to form on my brow and I knew that things were going to get rough. I really thought my Paladin build was solid until I came face to face with the knife wielding voodoo dolls and gorilla-like beasts that wasted little time in savagely mauling me and leaving my gear in the worst possible place in terms of recovery. Fricking jungles.

The jungle level was the point in Terraria that I realized I was poorly equipped to deal with the monsters that lurked there and like in Diablo 2, I was destroyed before I could mutter the words “I better turn around, this looks like a jungle.” Freaking giant bees and man-eating vines all over the place, knocking me around anytime I tried to jump away and leaving me with the impression that traveling to the underworld of that game was safer than sticking around there. The underworld was even worse, but I blame the jungle for forcing me there. 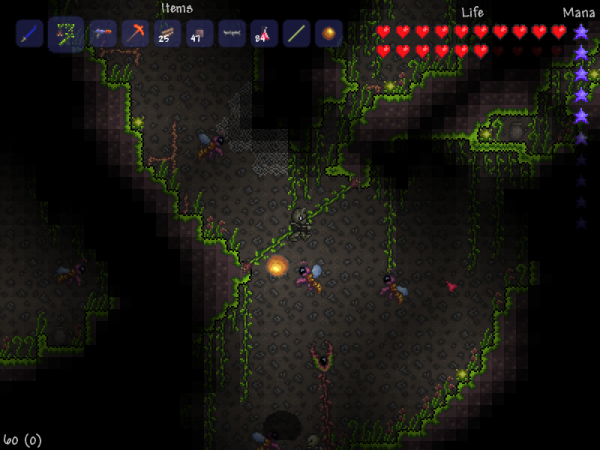 You know what this place needs? More bees.

My most recent encounter with jungles came during my completion of Dead Island, a game that takes the standard sticky humidity of normal jungles and adds in a thousand or so odd zombies to the mix. I’d actually stopped playing the game about a year ago based entirely on the fact that Act III (what’s with the third act always being a jungle?) was located almost entirely in a jungle. It was dark, the roads were poorly maintained and the zombies had a ton of different hiding spots to burst out of. Finally, finishing that game was incredibly taxing on my mental state and by the end of it I was ready to avoid jungles for the rest of my life.

A Condition Worth Fixing?

I wouldn’t trust this guy in a police station, let alone a freaking jungle!

This mentality is holding me back, especially because Far Cry 3 looks flipping awesome but I’m a bit nervous about what I’m going to find in the jungles that cover that game’s habitat. I’m assuming that there won’t be any monsters, but the main villain looks super crazy and the worst place for crazy people to be is in the jungle. There’s just way too much trouble for them to get themselves and others into. I think back to Predator and think that maybe that military unit would have fared much better had they encountered that crazy alien elsewhere, like in the great plains or something (I realize Predator 2 was in New York, but it’s called the concrete jungle for a reason). Speaking of New York, remember when it turned into a jungle during Crysis 2? Yeah, it got a whole lot worse after that!

I guess using video games as a basis for avoiding an entire ecosystem may sound a bit ignorant, but I’ve done enough research to know that while Earth’s jungles may not be crawling with the undead or large tree monsters, the wacky plants and animals I mentioned above are just as dangerous. It’s like everything in a jungle is either the poisonous or giant version of every other animal. I realize that jaguars and sloths don’t fit into either of those categories, but jaguars will eat your face and sloths lack acceptable hygiene.

I don’t want to turn the rainforest into a parking lot as I do care about the environment but any sort of rainforest protection I am tasked with will be from a sensible distance. If I’m ever invited to a jungle, I will respectfully decline the offer and should I talk to someone who actually lives in or near a jungle, I will more than likely talk them into living elsewhere. Don’t blame me, I’m innocent here the real culprit is video games. Stop making scary places scarier video games!