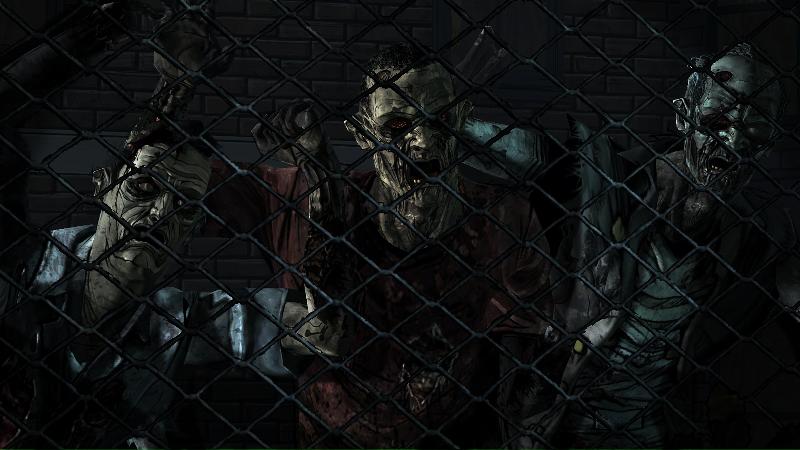 A game seldom comes along which strikes a chord deeper than just being entertained. The Walking Dead by Telltale Games delivers on a one-of-a-kind experience by reaching into your personal morality and advocates a new level of interactive storytelling.

Episodic games are some of the more difficult games to master, and this holds especially true when it comes to the material of The Walking Dead. In order to be successful, The Walking Dead needed to provide a rich experience in which you felt a part of the story. This is executed at a high level with great results. 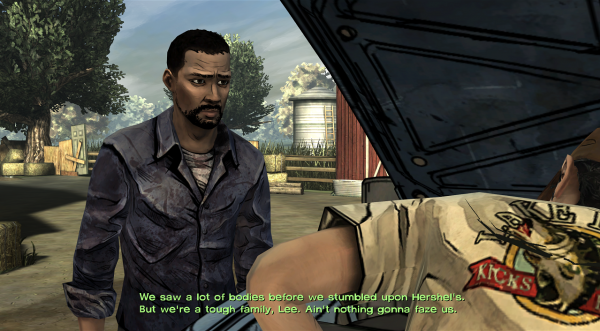 When I first introduced myself to The Walking Dead, I was naturally pulled in by being a huge zombie fan. The comics and show are great, and I looked forward to putting myself into the world. I made a conscious decision early on to play the game, assuming the role of Lee Everett, based on how I, personally, would react to the situations.. I found myself quickly scanning the options and answering based on gut reaction more than calculated decisions.

The results of each decision vary based on the situation and how the conversations with other characters go. Each character has a different personality, and the separation of these characters in this sense made things more interesting when group decisions need to be made. You can’t please everyone. Decisions eventually reach critical mass and you will either decide for the group, yourself, or the character closest to Lee, Clementine. Previews for future episodes are created based on these decisions, and some decisions can be felt throughout each of the 5 episodes.

At the conclusion of each episode you can see how your choices stack up against the rest of the people who have played The Walking Dead. This is a fun element to find out if you’re a straight shooter, predictable, or completely off your rocker. 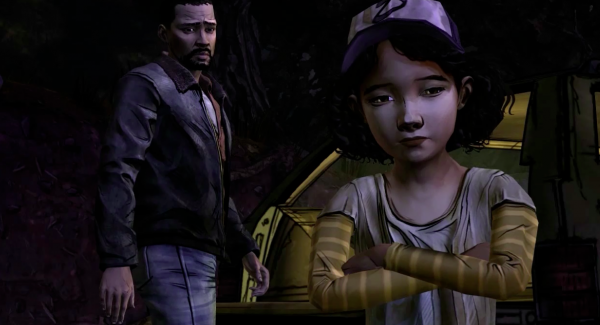 I hate when you give me the cold shoulder, Clem.

The first episode is a great primer to the story. You don’t really know about Lee’s past beyond the fact he begins the game in the back of a police car. When society breaks down and the dead take over you are quickly thrust into other people’s lives and meet Clementine. Clementine is the source of your humanity. She is also at times the center of your conflict. Your choices affect you and her. She’s not your child, but it’s nearly impossible not to feel responsible for her well being.

Clementine became an unlikely source of morality for me. Her presence made me change how I approached situations, and there were many instances I took an action simply to shelter her from the pain and difficulty of handling things as an adult. I wanted to protect her and shield her from growing up too fast in a zombie apocalypse. I wanted to preserve her last bit of childhood that was stolen from her. The Walking Dead found ways to make me feel that way for a digital character. I can’t remember the last time I ever played a game like that before.

My only negative experiences in-game were that the controls at times were clunky, and the game’s reliance on quick time events. This is to be expected as QTEs are more common now than ever. Navigating the environment to find the items you need or to talk to other people is, at times, frustrating. Lee doesn’t seem to walk quite right or always face the direction you intend. This, however, doesn’t distract from the overall mission of protecting Clementine. There are first person moments for shooting at enemies or the undead, and it’s apparent that this is not the core mechanic of the game. Fortunately, all of these moments are short-lived and the player is not subjected to long bouts of awkward mechanics. 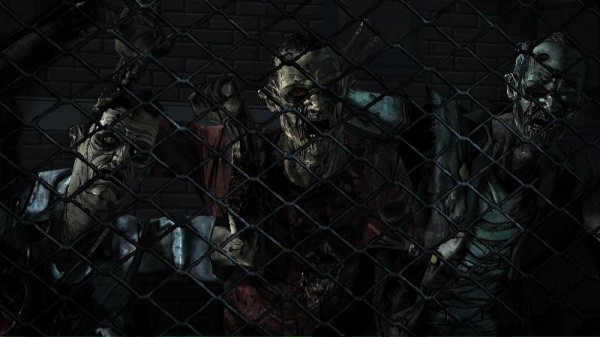 I said “No trespassing!”

Change is a central theme in The Walking Dead universe. People change as the world around them changes. The game itself is a change from more mainstream gaming experiences. The story is the focus, and the interactions with fictional characters drive the story. It’s less about having an open world to explore and more about resolving issues and situations. It’s less about shooting and killing everything in sight and more about protecting those you care about and how far you would go to do so.

The overall experience through 5 episodes of the first season of The Walking Dead is intense, emotional, and entertaining. The story is solid. The characters are unique and bring life to the environment. The dead are ravenous and persistent as ever. Fear of what the future holds, and other people, is always prevalent. If you’re looking for an action-packed zombie killing game you won’t find it here. While you get the opportunity to dispatch many of the undead, that is not the point. You will be taken through the aftermath of a zombie apocalypse through the eyes of a man who wasn’t about to get a second chance. Clementine will become a battle cry and someone you’ll grow to care for, and you’ll make enemies and friends along the way in your efforts to protect her.

When the final episode came to a close, I put the controller down satisfied while battling both happiness and sadness. Clementine was safe, but the sacrifices I had made weighed heavy, as I found myself more and more emotionally invested in the outcomes. The Walking Dead is just a video game, but the story was able to reach much further than I could have anticipated.

Each episode is 400 MS points or $4.99 elsewhere. Places like Steam give you the ability to buy the whole thing at once. The first season of The Walking Dead collectively takes roughly 10 hours to complete assuming you investigate every corner and have every conversation. There is replay value in taking different conversations in unique directions to find what might have been. If you’re looking for a story which will make you question your own morality in an apocalyptic scenario, you don’t have to look any further. Value score: 5/5

3 Comments → The Walking Dead Review: The Dead Can Feel