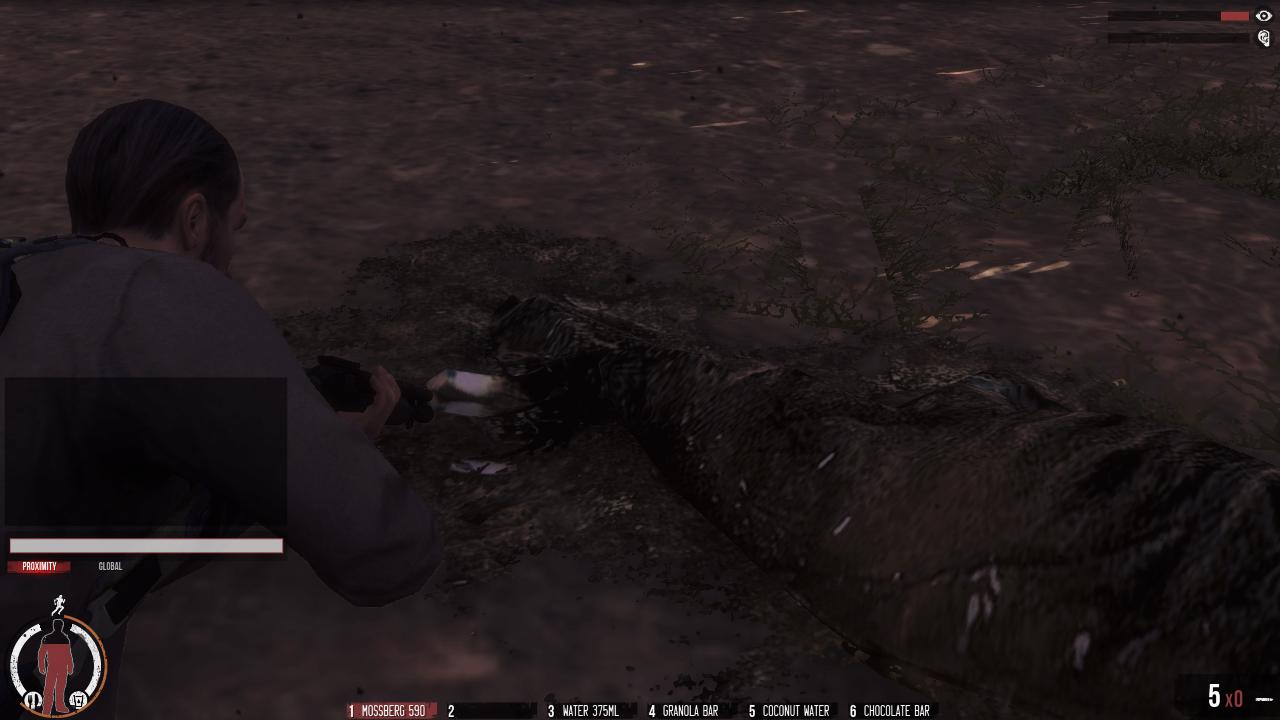 For the longest time I validated my gaming with claims that I was training myself for a variety of worst case scenarios. While I still maintain that there’s quite a bit to learn from video games as a supplementary means of education, I’m concerned that there are people out there that think that video games are the only components to a well-rounded survival strategy. It’s a very cute thought and one that I’d gladly continue reinforcing if not for the fact that those aforementioned people weren’t such gigantic idiots and didn’t continue touting their skill in these sort of games as an excuse to give others poorly thought out, condescending advice on how making it through any number of apocalyptic situations.

The War Z’s Panel of Experts

I guess this sort of behavior has been occurring for quite some time, but to me it didn’t hit home until I began playing The War Z and started participating in conversations on the forums about ways to make the game better. As a result, I stumbled into an ongoing debate between people who enjoy killing other players for no reason and players who were tired of getting killed for no reason. The conversation was equal parts trolling and heated debate, but along the way some folks decided to push their self manufactured expertise in “survival scenarios” as proof for their argument. I giggled at first until I realized that these claims were neither tongue in cheek or trolling. These people were for real and they were being very pretentious about it.

I feel like I should know what to do here…

The tricky thing about realistically recreating survival in video games is that no one could account for the variety of potential threats that present themselves every day. You can always implement a hunger or thirst mechanic and realistic damage, but that doesn’t account for the multitude of illnesses and infections that can set in as well. Most video games also start your character off with the best case scenario in terms of skill sets, physical stats etc where as real life does not. The point is, survival games “work” because of the summary of survival themed scenarios they present, such as the need for the basic components to maintaining life (food, water, etc) and the potential for permanent death/a harsher punishment for dying.

Sitting Idle and Hoping For The Best

The fact of the matter is, the amount of time spent sitting in front of a computer playing games for hours while also contributing to forums is a sure way to drop your survival potential by large percentage points. This is not a problem merely for gamers though as the same thing can be said for those that work in an office or basically any other job that doesn’t present a person with consistent physical activity. Now exercise can potentially help a person make up for this deficit in activity, but the type of exercise really needs to be more about functionality and less about aesthetics, which in this day and age isn’t that common of a pursuit. I feel like I don’t look bad physically, but this wouldn’t help me if I need to evade capute/consumption or had to carry a heavy load for miles and miles.

Even if you were able to compensate for the inactivity that consumes your life through a well thought out fitness regimen, that doesn’t deal with the fact that you won’t have 1.) a food supply that is never guaranteed 2.) the means to identify aforementioned food source. Do you really think the world will be littered with bottled water and prepackaged granola bars? Will chopping at a pig with an ax really yield ready to eat meat? Are all berries safe to make into life healing potions? If you answered yes to any of those, you’re probably already dead.

Think about the last time you were really hungry, like painfully hungry and that won’t even come close to the way hunger/starvation actually feels. I was really hungry the other day, to the point that I was mad and it’d only been about 3 hours since I last ate. I can’t even imagine what a whole day without food would be like, let alone a week or so. It won’t be a matter of just pushing through the pain till you find food because your physical and intellectual abilities will be diminished and depending how long you’ve gone without sustenance, you may not even be able to properly digest the food you actually find. The first world has weakened our resolve in this department. 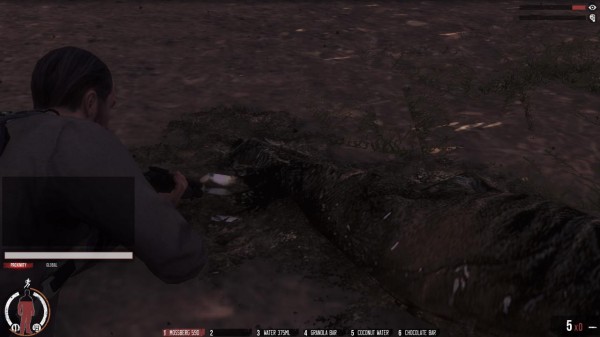 It’s a cow, cows make hamburger so I should eat this right?

Let’s not even get into the fact that survival means allocating resources, both internally and externally. Making it through each and every day will be a constant juggling act between planning for the future and making sure you’ve got the strength to make it that long. There’s no refilling gauge for stamina nor do wounds heal completely when salve is correctly applied. Unlike survival games, there will rarely ever be a time that you’re able to horde supplies and get into a flow of activities where day to day life goes back to being about keeping yourself happy or entertained. If you’re able to get to that point, it’s probably because you ran into other survivors along the way and began to shape yourselves into something resembling a community. Wait, what’s that you say? Survival of the fittest? You’re only going to look out for yourself? You’re a one man/woman wrecking crew that doesn’t need anyone? Hmm…

It takes a village or at least a super smooth team of people with varying skills and attributes.

Humans are pack animals, despite what our current culture continues to tell us. We actually need others, from both a physical perspective (reproduction, skill exchanges, etc) and emotional one. People that don’t need others don’t exist, period. While not everyone can or should be trusted, only seeing people as competition in need of elimination isn’t a very good way to secure your own survival. In reference to what I referred to as “skill exchanges” all people have certain skills necessary for survival but very few have them all (this isn’t Fallout 3 people).

Assuming you’re a normal human and not a member of an elite special forces unit or a person that actually has to survive day to day (inhabitants of third world/war torn countries), there will be things you just won’t know how to do or perhaps can’t do because of other factors. I don’t know what I’d do if I had the flu, I am not a good shot (never really shot a gun) nor do I know how to strip flesh from animals or identify non-poisonous plants. Because I used to do MMA I’m relatively confident in those abilities, but there is more going against than for me. Besides, a world where killing everyone in your path for the sake of survival isn’t a world that I want to exist in…hopefully you don’t either.

I realize it makes people feel better to think they are super tough, but the second that “confidence” comes spewing out all over others in a mess of unrealistic self-evaluation is the second that reality needs to be introduced. We’d all struggle to survive and knowing that would actually help us find the people and things we actually need a lot faster.