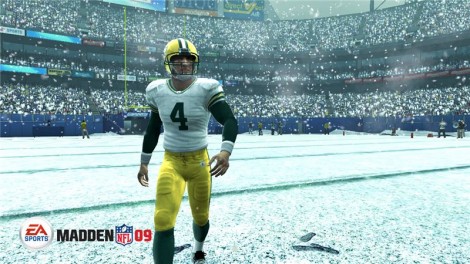 Please, for the love of God. RETIRE!

In a move that shouldn’t be surprising to anybody, 6000 retired NFL players are suing EA for using their unlicensed likenesses in Madden NFL 09. Recent versions of Madden have included some of the most historic teams in NFL history, and the way EA got around having to pay the retired players was to jumble up their numbers and use different names.

The filer of the suit, ex Tampa Bay Buccaneer Tony Davis, claims the use of exact stats the retired players accumulated during their time in the NFL are used for that “fake” player. For example Jerry Rice wore number 80 for the San Francisco 49ers. The player in Madden 09 might wear jersey number 85 but have the same stats as Rice, even down to the same height, weight and dancing ability.

Also included in the suit is the fact that you can edit the historic teams to include the players’ actual names and numbers. This workaround the likeness situation has been available in the NCAA games for years as well but college players can’t earn money with their likeness so it’s less of an issue.

Why is it less of an issue? To remain considered an amateur athlete, no player can earn any money by selling their likeness to any product. That’s why every NCAA game that comes out uses a player from the year before that has since moved on to the NFL. 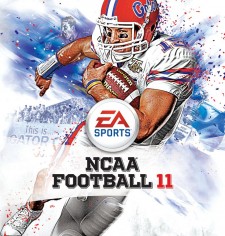 He's making money off of this now.

This year’s NCAA Football 11 features Tim Tebow on the cover, who is now a member of the Denver Broncos. EA doesn’t have to change numbers or stats when it comes to the NCAA game. They just can’t inclue the names of the players. Rosters are soon released online for people to enter the names in themselves, so they can play as the real college guys.

Pay them their money

EA is making money off of players without paying them any fees. I’m not saying it should be some outrageous amount, but they should be compensated if they are going to be facsimiled into a game. But this brings up another issue altogether. People have been making exorbitant amounts of money off of college players for years and yet they earn no money. Throwing a little coin their way from the earnings of video games might make more sense than paying them a portion of what the school earns throughout their season. Plus it will give the guys who have no chance to make it on the next level a little income.

Treat the retired NFL players the same way. Come on, EA. You are making money hand over fist with the Madden franchise. You can afford to help out some of the players you are using in your historic teams. Football is a tremendously violent sport that often leaves ex-players the inability to work and earn an income. The little bit of money you could contribute to their livelihoods would go a long way in garnering more respect and possibly more people buying your game.

The lawsuit was just filed recently so the outcome is still up in the air. It looks like there is still a little bit of evil left in EA’s coffers.