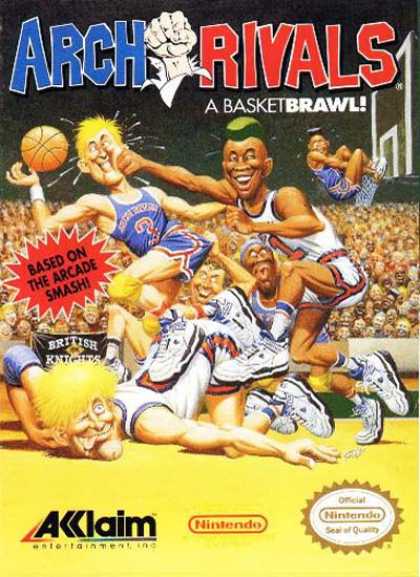 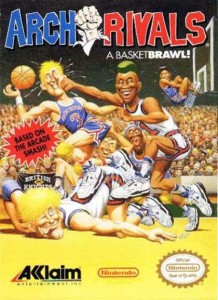 You had me with a punch to the face.

My love affair with sport games started very early. The first sports game I remember playing is Arch Rivals in the arcade at the bowling alley. I was terrible at it, but I loved decking people in the face and slipping on soda. From that point on I was hooked.

I spent several hours playing Great Baseball at a friend’s house. From there I experienced great games like Tecmo Bowl, Tecmo Super NBA Basketball, Jordan vs. Bird, and so on. Heck the first game I owned for my Genesis was Joe Montana 2: Sports Talk Football and I still have my copies of John Elway’s Quarterback and Bulls vs. Blazers and the NBA Playoffs.

With each new console purchase, I had to have my token football, baseball, and basketball games. To this day I still run a fluid rotation of Madden, MLB 2K, and NBA 2K. I even mix in a little soccer from time to time thanks to the time I spent with Nintendo World Cup as a kid.

Journey to the Promised Land

There are several triple A titles that I get very excited for, but I also get extremely excited for the opportunity to try and guide my favorite teams to championships. I would rather pursue championship greatness than cheevo grind.

These challenges for me are more fun right now because all of my favorite teams stink. I love to take the worst statistical teams in the game and lead them to glory and crush the competition along the way. The Cubs lost over 100 games this year. I recently purchased MLB 2K12 and will try to take that 100 loss Cubs from the last roster update to the playoffs.  The Colts were 2-14 last year, I am currently 8-0 in an online Madden 13 league with this year’s Colts. The Bulls lost Derrick Rose to an injury late last year; I could play the upcoming season with that roster minus Rose and make the playoffs. I grind the unwritten achievements of taking the mediocre to greatness. For me this is the ultimate video game challenge, and probably the only way I will ever see the Cubs win the World Series. 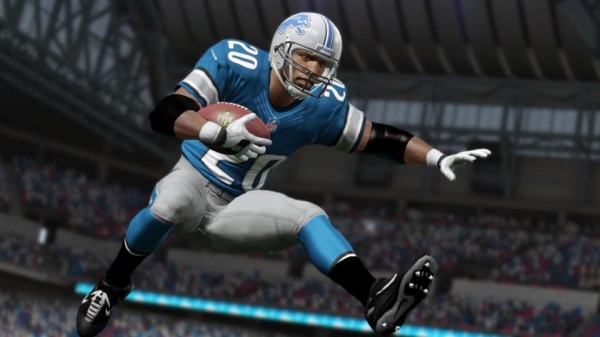 Stick with me Barry, and I will put that elusive Lombardi trophy in your hands.

A lot of my enjoyment from sports games comes from playing the GM. The wheeling and dealing to me is half the fun. I consider myself one of the best digital GMs on the market. I can make deals (without forcing the computer to take them) that would make your head spin. I just completed a blockbuster deal for with that terrible Cubs roster I just spoke of. I love nothing more than tearing a team down, building it up, and tearing it down again. I look for the best long term value. I would rather trade a player in their last year than let them walk. You never know what a team will give you for a Matt Garza in the last year of his contract, but you have to listen.

I can quickly evaluate a team and determine what the core needs are, and devise a decisive approach at fixing those issues. Mike Williams may be an underwhelming receiver, but I’ll put him in the slot and cause massive matchup problems (spoiler: it’s working). Oh by the way, I picked him up off the free agents list for pennies on the dollar.

I’ll trade my top prospect in a heartbeat if I can fill an immediate pitching need. I am also an expert of the fantasy draft. I know that I draft better than the computer does. As a challenge (and for fun), I enjoy performing snake drafts from the last draft position. Typically I will have massive success with a team that has a mediocre rating on paper. I put together a decisive plan for my teams around a specific idea or play style, and it typically pans out. It’s thrilling in a completely different way than the on the field options. 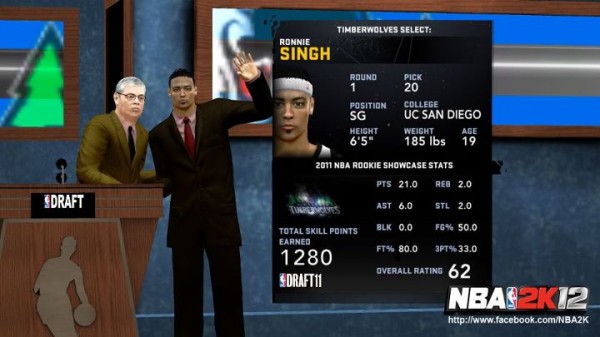 My only shot of ever being drafted.

Put me in coach

I played sports as a kid and in high school, and let’s just say I wasn’t exactly the first pick. My friends were better than me at sports as well, but for the most part I held the upper hand with sports games. Another of the many reasons I love sports games is because of create a player. Video games are my only shot to win the Heisman, go to the Super Bowl, win an MVP, and not be bald (I look great in dreads). I can be an overly buff (borderline steroids) power hitter that broke the record for RBI in a season in their second year despite my inability to hit a real baseball. I get to finally be the quarterback and put together a last minute drive to win an important game even though I played lineman in high school. I’m the striker that scores goals at an uncanny rate and my soccer star nieces could run circles around me. I make that chip shot from the edge of the green instead of powering the ball into the bunker on the other side of the green. I love the fact that I get to dunk on someone, and trust me I’ve only been able to dunk on an 8 foot rim when no one is in the way. Through sports games, I finally get to hear someone chant MVP at me. I am the star and everyone loves me. In the digital world, I am good, heck I’m one of the greatest ever. I can be the first ballot hall of famer that I have always wanted to be, despite my lack of physical skills.

We all play video games for many different reasons. I play sports games to escape into the alternate reality of being a sports hero. Awards in real life are hard to come by, but through games I can be the coach of the year. I just plan on partying as hard a Gronk once I lose the digital Super Bowl.