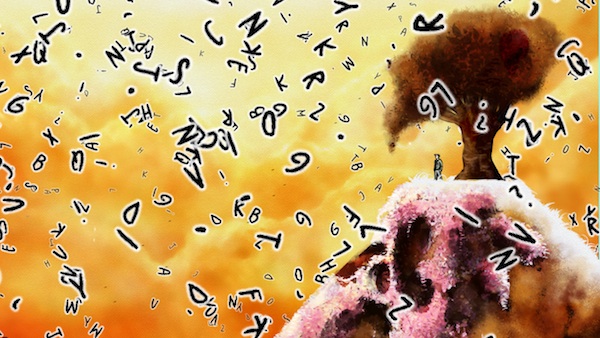 Lo and Behold! Games has recently announced its new indie PC title, Mental Drift. A game that, well, I’ll let them tell you:

Mental Drift will be a puzzle-platformer game where players can take words from the ever-shifting thoughts of the main character and apply them to the world. This allows them to create their own platforms, move objects, and more based on the nature of the word they’ve chosen. Mental Drift is the first game sponsored by the Extra Credits Indie Fund, an organization that grew out of the popular web series’ community fundraiser.

Sounds like a game Ethan and I could get into as we are constantly talking to ourselves, but how would that look in application? Why thank you, trailer, for answering my question:

Don’t sneeze near the word platforms.

We had the pleasure of meeting the team from Lo and Behold! Games at PAX last year. At the time we knew them as that bad ass group of students from DigiPen that made the speedy little collection platformer, A Flipping Good Time , which I reviewed and unwittingly demoed for a crowd of people. It turns out we weren’t the only ones taken by the talent from this group as the Extra Credits Indie Fund is helping support its next game.

Mental Drift will be coming to PC, Linux and Mac so keep an eye on http://www.mental-drift.com for updates on its progress.

I just hope Lo and Behold! uses its new found gift of manipulating the words in our minds for the betterment of gamers everywhere. As words can really hurt and I still don’t know if the people who call me “special” are giving me a compliment or not.