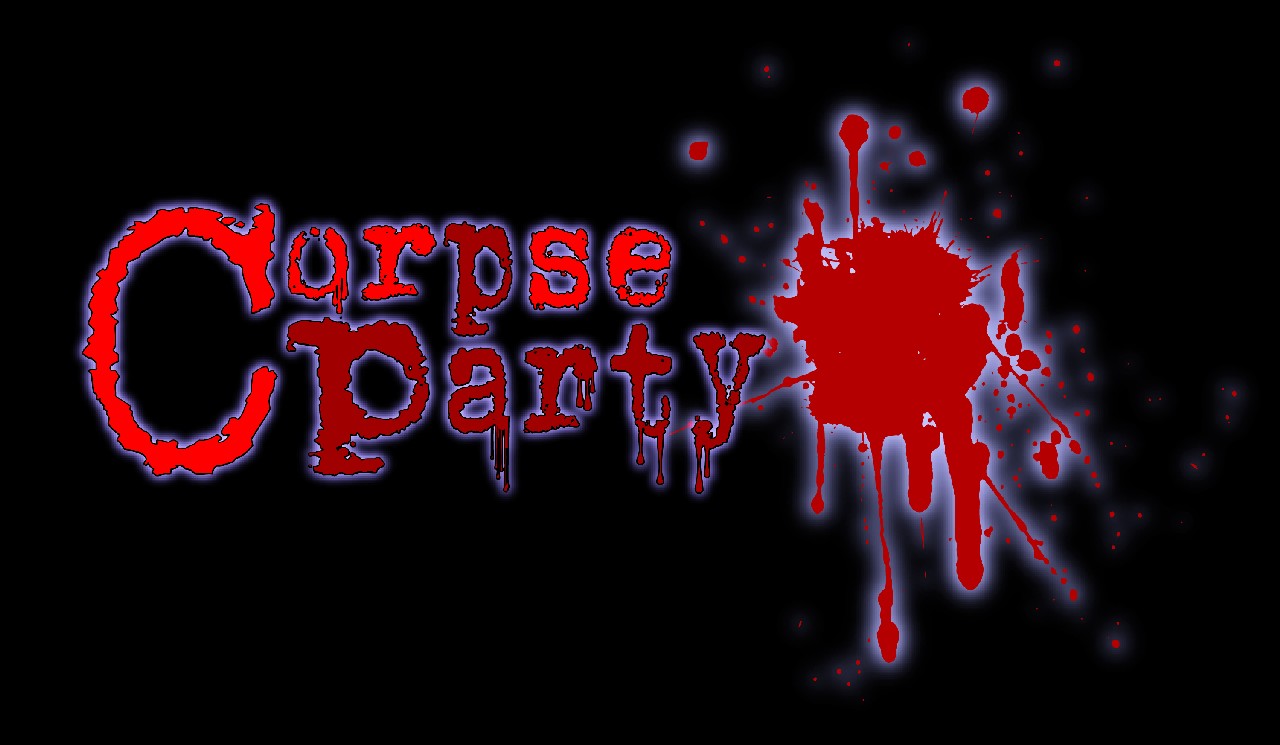 I come from a family of gaming brothers and while it’s fun to play online or talk about the interesting incidents that occurred during a recent play through, it wasn’t always this way. When we were much younger versions of ourselves we had 1-2 consoles to share between the three of us (usually one last gen and one current gen), which meant that a hierarchy of sorts was established in relation to who had “dibs”. We didn’t necessarily fight about this first world problem, but it’s safe to say that I learned very early on the joy of watching a game being played as opposed to playing myself. Fast forward ten or so odd years and I find myself in a position I could have only dreamed of as a child; I have an enormous backlog of incredible games and not a single competitor for “game time”. Yet I still find myself drifting towards old habits from time to time, especially when I’m feeling lazy of just don’t have access to a certain game or console.

This past week I was incredibly sick, part of it was allergies and part of it the result of a sick cat that pooped all over the house (the kind of stench that my olfactory cells still can’t shake). This drained any motivation I may have had for the day and the couch became my base of operations. This so happened to coincide with a strange urge to play Corpse Party: Blood Covered, a Japaneses survival horror game developed by Team Gris Gris that started out as a product of RPG Maker and has sense turned into a franchise with manga, remakes/re-imaginings and a sequel on the way. 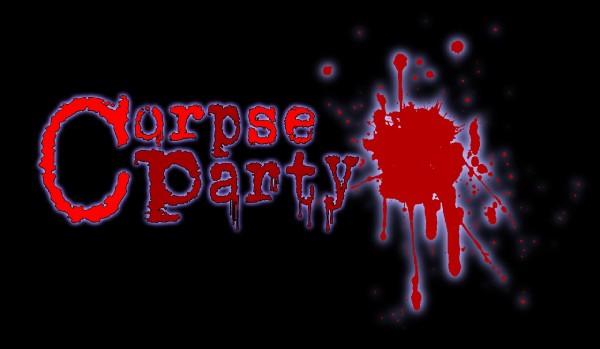 This isn’t really a party as much as a not so casual get together.

Asami85 to The Rescue

I had been searching for ways of playing the game without owning the PSP, but the iOS version was pretty expensive and didn’t have an English translation and I wasn’t sure I wanted to spend the time finding all the tweaks online to make the original (released for PC) work on my system. That combined with the allergy/cat poop plague I was suffering from led me to Youtube, where a kindly individual named Asami85 had played through Corpse Party: Blood Covered  from start to finish with all the possible endings included. Mad props for dedication as this equated to about 22 videos, each of which was 45 minutes long. I’d also like to point out that Asami85 also played through the entirety of the game without talking, instead letting the story entertain the viewers as opposed to constant commentary (if you ever want to reproduce full playthroughs for people online, you need to start by studying up on Asami85’s Corpse Party videos).

I set my iPad up by the couch, dug into the series and am proud (or embarrassed) to say that over the few days I was sick I watched every episode Asami85 had produced. It really brought me back to the days of watching my older brother play Final Fantasy 7 (especially due to the large amount of caption reading I had to do) and I felt comfortable almost immediately. This ended very quickly as Corpse Party may look cute and cuddly on the surface, but it’s probably one of the darkest games I have ever played or watched and enjoyed (albeit in a queasy sort of way) every second of the experience.

That may look like dancing, but it’s actually earthquake induced panic.

I can’t go further into detail without issuing a bit of a warning: Corpse Party is full of violence and death, a majority of which is focused on children and teenagers. While most of it happens off-screen or is assumed by the player, the content stills sinks into a dark and barren place at the back of your mind. This was unsettling enough for me to begin with, but juxtaposed beside the doe-eyed Anime characters, the 16-bit graphics (and a few illustrated stills) and quirky sometimes goofy dialogue creates an atmosphere that as I mentioned above, is quite uncomfortable. If you judged this game based on the playful opening scene, you’d probably think I was nuts, but things go downhill dramatically and the bottom of that hill is not for the faint of heart.

The story revolves around a group of students from the Kisaragi Academy who are transported to a haunted elementary school called Heavenly Host Elementary after a spell they cast goes wrong (or right, depending on how you look at things). The elementary school in question was torn down years earlier after the gruesome murders of a number of students and is now occupied by a number of ghosts, some merely lost souls and some that happen to be murderous spirits driven by revenge. Apparently, the Kisaragi students aren’t the only captives, as the halls are littered with the bodies of others who’ve made similar mistakes when using magic (as well as a few live students too). To make matters worse, the school itself is composed of multiple dimensions and time doesn’t play by Earth rules, so the main characters are separated by a majority of obstacles.

The antagonists of Corpse Party, like the characters within, don’t look all that intimidating, but the things they’re capable of doing make them one of the scariest enemies I’ve witnessed. They can kill you (in horrible ways), they can possess you, they can even torture you and sometimes they’re perfectly happy with watching you starve to death. Above all else, they’re unpredictable, which is something that is key to horror. It may be scary when Nemesis bursts through a wall or a monster closet opens up in Doom, but to see a child’s ghost that’s very innocent in appearance ,eyeballing you from across the room and there’s no indication of what’s going to happen next is truly terrifying. 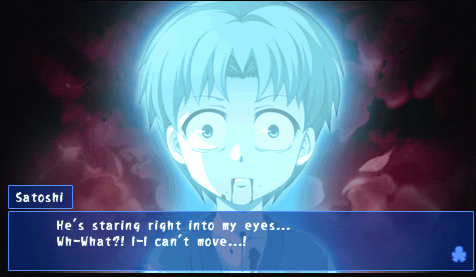 Outside of the bloody mouth, he could easily be mistaken for a fun loving sidekick.

Corpse Party represents a kind of horror that is quite different from the jump scares and realistically frightening visuals we tend to associate with the genre (especially with video games). It’s text heavy and relies almost entirely on the narrative as the game play is relatively simple outside of some puzzles, item hunting and avoiding ghosts at certain times.

I think had I been playing it, I may have missed out as I tend to want to be a bit more action then what Corpse Party seems to offer, as it’s almost entirely composed of dialogue that would act as a cutscene in most early 16-bit RPGs. This would be a tragic miss as it stands as one of the best horror experiences I’ve had in gaming err I mean game watching.

What Corpse Party does is force players (or viewers in my situation) to invest in both the characters and the plot. On one hand, you begin to like the characters as you learn not just about them in terms of the dangerous circumstances they’re facing but what they were like before the incident and how their relationships with each other are affected. While a bit perplexing at first, I think the light and funny opening scene actually set the tone and even the dialogue, which I at first thought seemed a bit too optimistic or off topic makes the horrific incidents that occur throughout mean that much more. It’s one thing to see character thrown at high speeds against a wall and then exploding into a pixelated puddle of gore, it’s altogether different when you know their back story and that back story is pretty depressing.

Unlike Western “slasher films” where the teenagers seem like dumb, oversexed shells, quite a few of the characters in Corpse Party have tragic backgrounds leading up to the incident in Heavenly Host. While sex and other adult scenarios are hinted at somewhat, these are truly innocent kids in the wrong place at the wrong time being stalked by creatures that don’t really show pity or make exceptions to their murdering habits because their victims have had it hard enough already.

Even for 16-bit, that’s pretty disgusting.

The other aspect that makes Corpse Party so great is the mystery surrounding the events at Heavenly Host and why these spirits want to murder everyone so badly. There are twists and turns throughout, some expected and some not so much, and the inclusion of other captive characters only complicates matters. Because the story is presented in chapters (each of which has multiple endings) you’re given multiple perspectives of what’s happening. Additionally, the whole multi-dimensional/ time out-of-sync thing creates a layering of sorts that makes getting to the bottom of things even more enticing. This results in a slow burn that never really stops burning. You remember that fun, goofy intro I mentioned? Yeah, you don’t ever feel that way again.

I think a game that can be enjoyed by viewers as much as by those playing it has its merits, which is why live streaming is as popular as it is. Instead of watching a game of Starcraft 2 to learn new tactics or listening to a guy curse at his World of Warcraft guild mates, I’d recommend taking some time with a game that boasts story over content. Corpse Party may not appeal to everyone as a “game,” but there’s a very rich horror experience to be gained regardless.

I Like to Watch – Whether researching a game before buying, learning from the play of others or just enjoying a good story, gamers seem to have as many opportunities to watch games as they do to actually play them. Good, bad or indifferent, I Like To Watch aims at presenting anecdotes for times that actually picking up a controller wasn’t neccessary for a memorable experience.

2 Comments → I Like To Watch: Corpse Party with Asami85