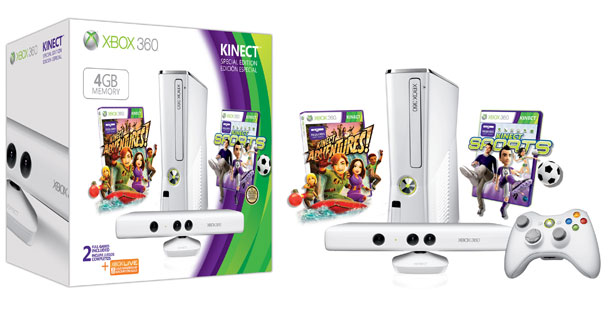 Question: With the recent price drops, integration of lots of music and video apps, and the growing number of motion-based games available for the Xbox 360, is it worth it to purchase the 4GB Xbox 360 to use as a combination fitness/entertainment hub? – Brandi, Indianapolis, Indiana

Gifford, quit being an ass.

This is a tough question to answer. Microsoft is absolutely positioning itself to become an entertainment hub beyond video games, but so much of at the core of what the Xbox 360 does is still gaming. Gaming and Kinect aside, the Xbox 360 has many entertainment apps for video like Netflix, ESPN, Hulu, YouTube, HBO…the list goes on. You have to have memberships to all those things (with the exception of YouTube) to make use of them. You can also connect your Xbox 360 to your home network and make use of video, music, and pictures on your home PC, so the 360 is very flexible and a viable entertainment-hub option. 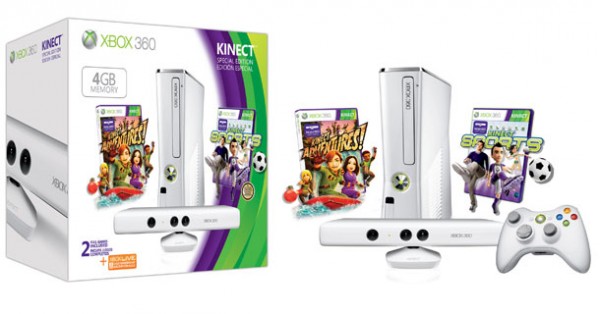 Here’s your base Xbox 360 with Kinect Adventures. Make sure there are no ceiling fans present before you play. (I am so not kidding. They’re expensive to replace.)

Looking at the Kinect: I’m an owner. I like it for what it does. I do use it for exercise from time to time when I don’t have somewhere I can go to for a variety of reasons. It does its job well. So, as an exercise peripheral, it certainly does its job. Unfortunately, however, it’s limited to the exercise games it’s attached to. Nike is getting into the mix and the jury’s still out on that. It really depends on your preference for exercise. Exercise DVDs are just as beneficial, if not more so.

This brings me back to your purpose for entertainment. Is playing video games going to be a part of the plan? If not, you might consider looking into other alternatives. 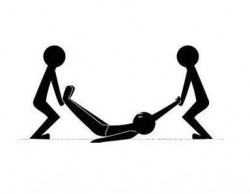 Now, if video games are a high interest to you, you are going to get a lot more mileage out of the 360, and while the Kinect hasn’t exactly fulfilled on its early promise, I know a handful of casual gamers that enjoy using it for dance games. Although, personally I don’t know anyone who is using the workout games, but I have to think it is more enjoyable than the Wii Fit alternative. It all comes down to your preferred exercise type and whether or not that matches with the in-place running, jumping, waving your arms, that the Kinect can be boiled down to.

Finally though, if you are really curious about the Kinect, just wait one more year. Microsoft will most likely be announcing its new console next year and more than likely an upgrade to Kinect will also be involved. The Kinect right now is a glorified prototype of a promising bit of technology. I’m hoping that it truly comes into its own with better game and workout experiences starting in 2013.

I love to ninja surprise Justin in these articles as he does know someone who is using the workout games. Me. Commence mind blowing in 3…2…1. The workout games, however, are secondary to my fitness. When I do workout with the Kinect, I use Your Shape Fitness Evolved 2012.

Justin makes great points too. If gaming is your focus then you definitely will get more mileage out of your 360. You may even better benefit from a larger drive than 4GB. If gaming is not your cup of tea, then I recommend looking into another streaming device for entertainment.

As an entertainment hub, I think a 4GB 360 functions very well provided you have a decent downstream internet connection. That said, because of the whole BluRay issue, I’m still stuck with a second device for watching movies that also has Netflix, Hulu, Vudu, etc., so to pick one up solely for that purpose is not going to be a good idea if you enjoy buying physical movies in the form of BluRay. What we’ll see in the next version of Microsoft’s console, I don’t know, but I would be a little surprised if they stuck with the aging DVD format.

As an exercise hub on top of that, I’m…skeptical. Justin L.’s price breakdown is telling – you can buy a good pair of athletic shoes, a jump rope and a couple of workout tops with the $250 or so you’d have after buying a dedicated streaming device or a BluRay player with included streaming options as well. In addition, while this study just applies to the Wii, we covered the lack of impact that so-called active gaming has had here. That’s not to say that if you’re dedicated you can’t get a benefit out of fitness games for the platform, but I’d argue that if you’re dedicated to fitness (or getting fit), you’re going to do that with or without an Xbox. 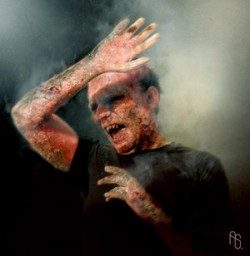 …unless you’re a vampire looking to get in shape. Then we wholeheartedly endorse the Kinect as a fitness tool.

The upcoming console from Microsoft that will hopefully upgrade the Kinect, the price breakdown, the fact that the Xbox doesn’t do anything unique in terms of acting as a media hub that you can’t get for less and how quickly you can fill up 4GB with downloadable titles that make up a good proportion of the Kinect’s library all come together so that I can’t give a positive recommendation.

All in all, I agree with just about everything said here. When it comes down to it, I vote on the side of “no” for now due to the uncertainty on what’s coming next, when, and if gaming’s not the focal point you may be purchasing something that you won’t really get the full value from.

After batting around the concept of buying the soon-to-be replaced 4GB Xbox 360 to use as an exercise/entertainment hub,  we probably should have just taken Justin G. at his word a thousand-or-so words ago: No.

Just Ask Questions from the community answered thoughtfully by our writing staff and guests. Submit your own questions.

Gaming Lifestyle The true story of how we play video games and how it can affect our daily lives.