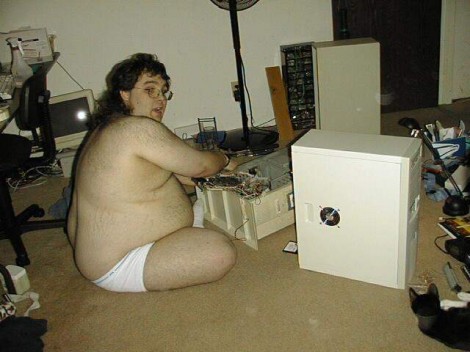 Video games have begun to cross the line of unbelievable to impressively realistic as the power of hardware increases over time. Where once we had brick breaking plumbers and infinitely numbered glowing bullets we now have historically accurate battles and life like hit detection. Yet, despite the ways today’s games mirror reality, there is one electronic advantage that science has yet to figure out; health items.

Game characters have a miraculous ability to sustain large amounts of damage, then turn around and find items that allow them to immediately recharge, recover and at times even reincarnate. Unfortunately for the real life characters that control the previously mentioned avatars, we don’t have those perks. Bullet wounds take months even years to recover from and there is no such thing as extra lives. The issue is, the intense draw of video games can at times take focus away from integral matters in a gamer’s life, the most important being their health.

Wouldn't have a healthcare debate if these puppies actually worked.

Where the argument on violent games enticing gamers into violent lifestyles is quite debatable, the impact of excessive video games is not. People are getting fatter, heart disease is rampant and childhood obesity is such a problem that the first lady herself has declared war. While video games aren’t the only scapegoat, the sedimentary lifestyle that results from those that take it to extremes is enough to fuel any anti-video game fear monger.

If you don’t fit into this category, you may feel this is an issue you don’t have to worry about, but that’s far from the truth. The government tends to tax the sale of anything that may contribute to a health decline in the majority of people. This is based on the fact that sick people are unproductive people and cost the country money. That’s the very reason that cigarettes are so highly taxed and junk food soon will be. The extra cost is either going to dissuade you from partaking in the activity or make you pay for the damage you might cause. There’s a ton of evidence about the risks of smoking and a poor diet and the same thing may happen to video games too.

As gamers, its our responsibility to fight this image of unhealthy asocial shut ins. As a society of stereotypes, we will always deal with the label of “nerd” “dork” and “geek” no matter how mainstream games become. In fact, the culture of gamers has embraced those titles and instead of feeling embarrassed about the label, we see it as a way of describing intelligent, tech savvy men and women who more than likely make more money that those that teased us in high school. The reputation of living unhealthy lifestyles, however is something we should never embrace.

In the Eye of the Beholder

Before anyone shouts from the rooftops “beauty is only skin deep”, lets make it very clear that this isn’t an article on cosmetics. Beauty is only skin deep, but the concerns being defined here lurk much deeper. Larger people can be healthy as horses while stick thin super models can keel over from a heart attack. It all comes down to lifestyle. 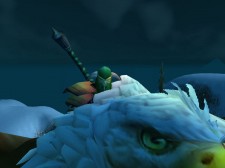 Sure an eight hour World of Warcraft session is great every once in a while, but once those sessions start to increase, a person’s ability to stay well rounded starts to decline. Video games are a great and frequently time consuming hobby but being too die hard about it may end up causing you to die hard.Its pretty easy to point a finger and tell someone to stop, but for those that aren’t quite sure how to change their lives for the better, there are a few things that you can do to get the ball rolling.

1. Change your beverage habits while gaming. A Mountain Dew has 170 calories and 46 grams of sugar, which doesn’t sound like much until you realize that after 6, you’ve consumed over half of your daily caloric need and its all from empty calories. Start by splitting your time between diet and regular, than go all diet, then split your diet with water and finally use water as your gaming beverage of choice. You’ll be hydrated, consume 0 calories and realize that your energy level steadily increases without the aid of stimulants such as caffeine. 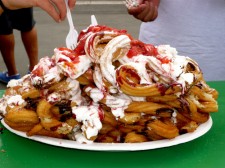 Sure it has dairy and fruit, but the deep fried group is over represented.

2. Change your eating habits. Make sure to get yourself a healthy meal before playing, and if you want a snack, go for low fat popcorn, grapes or unsalted almonds (obviously in moderation). The tendency to reach for easy foods such as chips and candy will only make you crave more and make you feel sluggish.

3. Get some sleep. Sleep is very important to your health, and lack of it is detrimental. Reduce your late night gaming to the weekends, so that you can sleep in a little longer the following day. Keep in mind though that illuminated screens like TVs and computer monitors make it difficult to sleep, so give yourself enough time in between gaming and your bed time to let your mind cool down a bit.

4. Give yourself activity breaks. When you first began your transition into a healthier way of living, take a 5-10 minute activity break every hour. After playing for 3-6 hours you can actually got a solid workout in.

5. “Punish” yourself for poor gaming. Coaches do this to players in high school sports, why not drop and do ten pushups every time you fail an objective or die during a session of Call of Duty? Not only will your strength increase, but you’ll be more focused on your gaming.

6. Use gaming as a reward. Give yourself a health goal every day and force yourself to not play until that goal is met. Video games are even more fulfilling after a day of achievement in real life.

The game's a bit harsh, but Wii fit is sure to steal some sweat from you

7. Try a Wii. It may not be the body reshaper it was advertised as, but active games such as Wii Sports and Wii Fit force you into an upright position and its pretty tough to do well standing still. Plus, its easier to get friends involved and groups of people tend to inspire each other to achieve goals, such as creating a healthier you.