NBA Jam is really heating up. Pun intended. Time will tell if this is the best “zombie” game of the year and if we get to see MJ in this game, too. 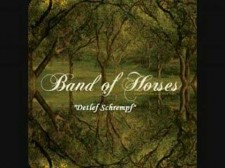 21 headlines distracted us last week, in reverse chronological order here’s the best from that list.

Michael Jackson Zombie Moonwalks Away From Plants Vs. Zombies [Popcap] – Kotaku
So are we not allowed to go back and watch Thriller either? This is dumb.

Catch Up on the Entire Story of Starcraft – Unreality Magazine
40 minute summary if you got the time.

Get Worms In Your Computer With Worms Reloaded – Giant Bomb
Back where it all started.

The highest grossing XBLA game of 2010 is… – Destructoid
Whoa, Tommy will be happy about this one.

First Look At NBA Jam’s Retro Superstars [Wii] – Kotaku
How can you not be excited for this game? Just tell me when I can get the 360 version though.

I’m Commander Shepard, And This Is My Favorite Cosplay In The Entire Universe [Mass Effect] – Kotaku
They did an amazing job. Can’t how great Grunt looks. And that’s one hot Commander Shepard.

Linkin Park debuts Medal of Honor video, ‘The Catalyst’ – Destructoid
Just odd to see a video tied to an upcoming game like it’s a movie. Very cool. The execution, still leaves a bit to be desired though.