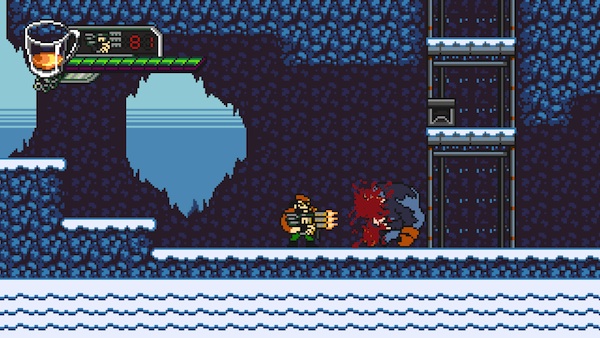 While we have our own unofficial Save the Bros cause here at HN, it’s always nice to see others pick up the banner. The Grimoire Assembly Forge development team born of NeoGAF members released a trailer for a new vision of its game Dudebro 2:

Before we get too far, yes, that was the voice of Duke Nukem, Jon St. John, as the voice of John Dudebro. Also for those interested the full title of the game is Dudebro – My Shit Is Fucked Up So I Got to Shoot/Slice You II: It’s Straight-Up Dawg Time.

It’s not polite to stare at Dudebros guns.

Originally envisioned as a top-down polygonal shooter, Dudebro has been now joined the ranks of our favorite side-scrolling shooting bros. With plenty of explosions, guns on guns, and dramatic polar bear wrestling action, there’s nothing subtle about what Dudebro is bringing to the world of gaming. Nor should there be.